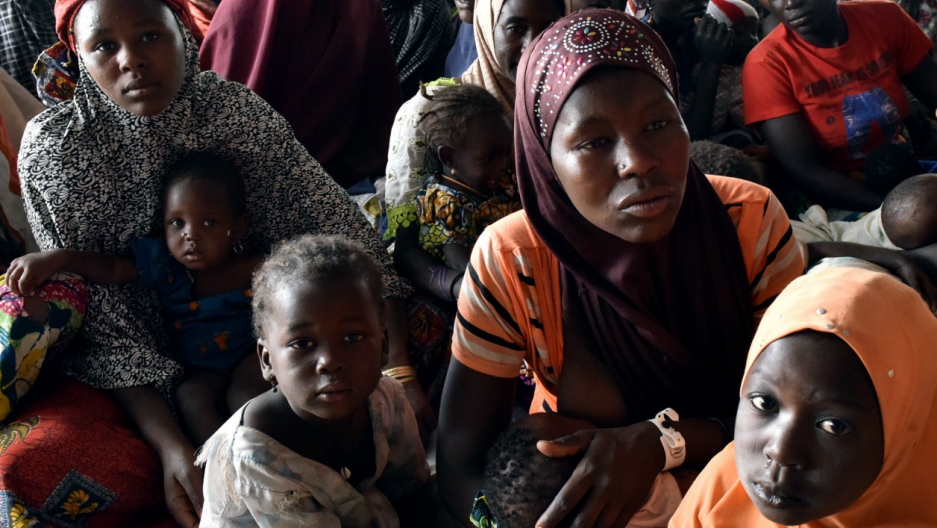 JUBA, South Sudan — In the scorching heat of a refugee camp near Lake Chad, a 17-year-old girl I’ll call “Fatima” told me how her life had been shattered last August, when Boko Haram fighters came into the restaurant where she worked in northern Nigeria and abducted her and six other women and girls.

They forced her to marry a fighter after threatening to kill her and giving a token dowry to her family — loose change from their pockets — to make it look like the marriage was legitimate.

She escaped five months later, but Boko Haram struck again in January, massacring civilians around her home in Baga, where she had sought refuge. Although she managed to escape and eventually made her way to the Lake Chad camp, the fighters killed her brother and abducted her three sisters and two female cousins.

I also met with “Mariam,” 30, who was nine-months pregnant when Boko Haram attacked Baga and abducted her along with scores of other women. The abductors crammed the women and girls into a villa surrounded by armed guards. In the evenings, fighters picked women and girls to rape. Mariam gave birth in captivity, and afterward, she said, the same fighter raped her twice.

One night, after being held for 50 days and hearing from Boko Haram fighters that they would all be forced to marry, she and 40 others made a run for it. Mariam and her baby escaped but many others did not.

Fatima’s and Mariam’s accounts bear a distressing resemblance to stories I heard from Yazidi girls and women, who are members of a religious minority living in the Sindar region of Iraq, which is about 260 miles north of Baghdad. In January, they became victims of systematic sexual violence at the hands of Islamic State (IS) fighters.

I spoke with 12-year old “Wafa,” whom IS fighters had abducted from her home in northern Iraq. They separated her from her family, she said, and eventually took her to Raqqa, in Syria. An older fighter assured Wafa that she would not be harmed because she was “like my daughter,” but one morning Wafa woke up to find her legs covered in blood. He had drugged and raped her.

The heinous thread in these stories is systematic abuse, including mass abductions, of women and girls during armed conflict. Given the widespread occurrence of these atrocities, what is the purpose of the UN Security Council landmark Resolution 1325 on Women, Peace and Security? The resolution, adopted in 2000, recognized the disproportionate impact of conflict on women and girls. It was also meant to address the reality that women are targets in conflict and are excluded from efforts to end the fighting.

Since its adoption, preventing sexual violence during armed conflict has received some attention. For example, in the Democratic Republic of Congo — where horrific levels of rape have been a hallmark of the conflict — intervention by UN agencies has led to increased arrests and prosecution. Even a general officer was successfully prosecuted for rape in 2014.

Yet, some extremist groups have increased mass abductions as a tactic of war. Such behavior is inevitably accompanied by other human rights abuses such as enslavement, forced religious conversion, forced marriage, sexual violence and torture. Countless women and girls remain captive in countries as far-flung as Congo, Nigeria, Iraq, Syria and Myanmar.

Even when captives have been freed, stigma and discrimination endure as they return to their homes and communities. In Nigeria, women fled after being labeled "Boko Haram wives." Others return home pregnant and in dire need of reproductive and maternal health care. Still others lack access to basic post-rape health screening, post-traumatic care, social support and rape counseling.

A year ago, the world responded in horror as Boko Haram abducted 276 schoolgirls in Chibok in northeastern Nigeria, propelling a global movement to bring back the girls.  Since then, militant groups have stepped up their efforts to abduct girls and women.

We must follow through on the promises of UN Resolution 1325. We must support women’s participation in decision-making at all levels, ensure governments make women’s rights a priority when combating violent extremism and hold the attackers and abductors to account. Otherwise, extremist groups will be emboldened to continue their violence against women and girls.

For Fatima, Mariam, Wafa and countless others, UN Resolution 1325 is an abstract idea with little relevance for their lives. It is critical that it becomes a reality.