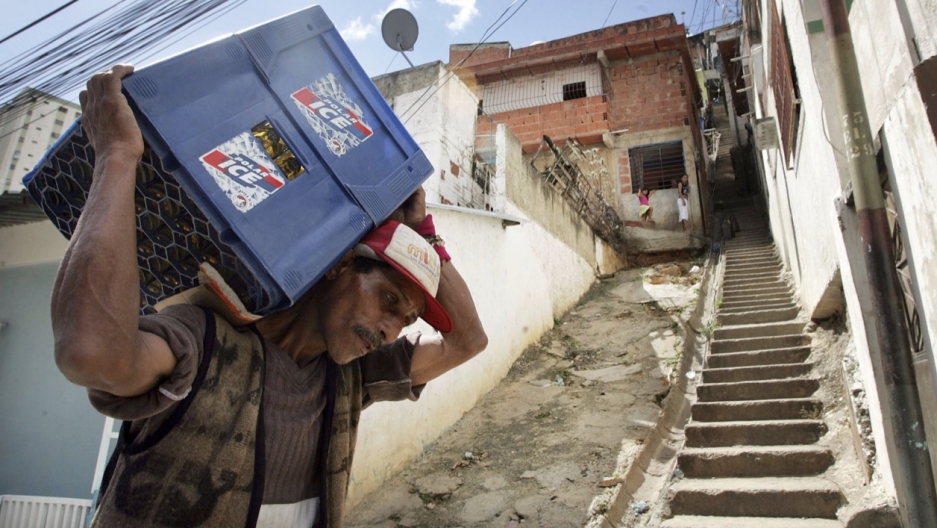 LIMA, Peru — Throughout their country’s descent into political and economic crisis, Venezuelans of all stripes have at least been able to rely on one thing: drowning their sorrows in beer.

Locals of the sweltering South American nation love to down the kinds of heavily chilled light lagers popular from Mexico to Argentina.

But pretty soon Venezuela could run dry. And that could be even more devastating than it sounds.

How did it come to this?

For one, brewery workers are on strike demanding higher wages.

Members of the Sintraterricentro union downed tools last week at two bottling plants belonging to the Polar brewery. It supplies roughly 80 percent of Venezuela’s beer, including market leader Polar Pilsen. The union is tiny but its members hold key positions at the plant, meaning that production has ground to a halt.

The nation's human rights ombudsman has stepped in to mediate. But Empresa Polar executives accuse him of a bias toward the union, which is allied with the socialist government of President Nicolas Maduro.

On top of that, there's a shortage of imported beer ingredients.

Add that to the list of basics in short supply, like medicines and food items, thanks to a raft of economic problems including a lack of dollars.

So far, store shelves are well stocked with beer bottles, according to the Associated Press. But that may change very soon. The national brewers association says raw materials for beer-making will run out by August.

The timing could hardly be worse.

Venezuela is suffering 615 percent inflation, says Johns Hopkins University economist Steve H. Hanke. The country also has one of the world's highest homicide rates. And the government's been locking up critics.

So, you might say Venezuelans could use a drink.