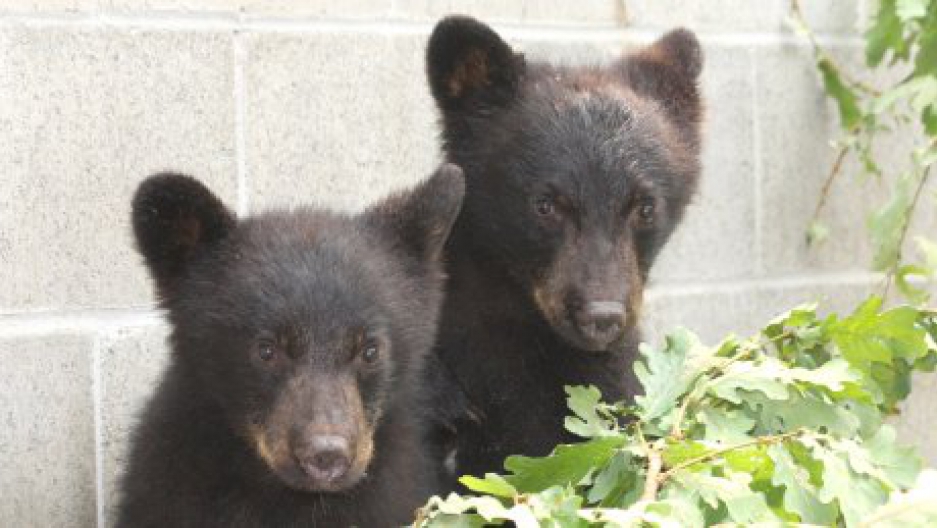 Two black bear cubs were orphaned earlier this month when their mother was killed for breaking into a meat freezer inside a mobile home in Port Hardy, British Columbia. A conservation officer, Bryce Casavant, was called out to the home when the cubs were discovered clinging to a tree near the place where their mother had been killed.

Casavant was ordered to euthanize the 25-pound cubs.

Instead, he rescued them.

Casavant phoned the Port Hardy Fire Department for assistance, and after tranquilizing the cubs, Casavant brought them to a vet to be checked out and then to the North Island Wildlife Recovery Association.

The association's Julie Mackey has been caring for the bears. “They're doing really well. They're feeding for us and their playing and they're showing no signs of problem behavior at all.”

The bears are doing well, but their rescuer has been suspended from his job.

Casavant was initially suspended without pay pending a performance investigation after he refused the order to put down the cubs. Casavant’s union later announced he would remain on leave pending an investigation, but with pay.

Casavant's suspension has provoked outrage on social media. An online petition calling on the province's environment minister, Mary Polak, to reinstate Casavant has collected more than 74,000 names by early Thursday.

In many cases, bears are killed in the interest of public safety.

“People don't like to see a problem bear killed," explains wildlife biologist Barrie Gilbert. "They don't like to see any bear killed because they are quite loved animals. They are not too far from dogs in a lot of ways but once a bear has learned these habits it's basically a habitual criminal."

Problem bears are often euthanized. In some places, they're captured and moved away from populated areas. But Gilbert explains that moving a problem bear may make us feel better, but it can be deadly for the bear.

“We'll take little Booboo back into the wild country  and let him go and everybody claps. But Booboo may be put down in another bear's territory and be dead two days later  because it's an invader in another territory  — or it may starve to death because it's been put in a place where  it's never learned where the seasonal foods are."

For now, Jordan and Athena, as they've been named, will live at the recovery center. They'll stay there for the next 18 months until they're ready to released into the wild.