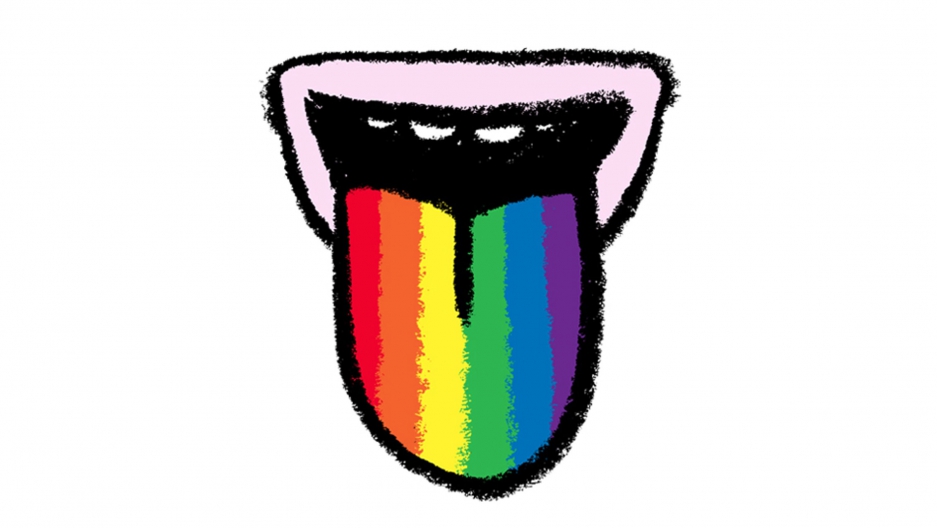 David Thorpe talks to linguists in his new documentary "Do I Sound Gay?"

Kickstarter: Do I Sound Gay?

"Do I sound gay?" is the question David Thorpe investigates in his new documentary of the same name. Thorpe talks to friends, celebrities, people on the street, speech coaches, and linguists in his quest for the answer.

Ron Smyth is one such linguist. He has studied the "gay voice" extensively at the University of Toronto.

So what is the gay voice?

"To the best of my understanding, after many years of working on this, it has mainly do with a male speaker talking more or less the way women in this language usually speak," says Smyth. There are average differences in intonation, pronunciation, and lexical choices for men and women. The stereotypical gay male voice is one that uses more of these female tendencies.

For example, in English, women are more likely to use a sibilant s — an s produced in the front of their mouth as opposed to the back. In the documentary Thorpe also looks at vocal fry, the tendency to lift all sentences at the end as if they were a question, and lengthening of vowels.

But after years of research Smyth has found no actual correlation between sexuality and manner of speaking. "Although there are some correlations between speaking this way and being gay, they are quite weak," said Smyth, "The strong things that we do find in these results, is that listeners can agree who sounds more gay and who sounds less gay. But they're not always accurate. Sometimes the correlation between being gay and sounding gay is close to zero, or just slightly above chance. So there are a lot of gay men who have straight voices. Which of course makes sense, because we know there are butch and femme gay men and everywhere else along the spectrum in terms of their personalities."

By Smyth's theory, speech patterns are dictated by early stages of acquisition. Children pick the speech of some people in their lives and model it. Men who are affiliated with women growing up typically have more female speech patterns. But this affiliation is based on family situation or personality, not sexuality.

And yet these stereotypes that certain people sound "more gay" occur in every language. Smyth's research shows that in essentially every language the stereotype is that men who sound gay sound more effeminate, but that the "effeminate" sounds produced vary from language to language. One study of Italian and German speakers showed that speakers could detect the stereotypical gay voices in their own languages, but had almost no reliability when listening to the opposite one.

Accents can also play a part in how people perceive each others' voices: "For a Canadian person speaking the way I do, a typical British voice sounds gayer to me," said Smyth, "And this is the effect I got when speaking to our graduate students about their languages. One woman from Russia said, 'Well it's typically sounding feminine, or sounding like you're from Moscow.'"

Typical British accents and Moscow accents happen to both sound more precise and metropolitan. And women are typically more precise in their articulation. "There's this whole chain of perceptual events whereby it ends up feeling that if a man is speaking more clearly that he also sounds more gay," says Smyth.

These stereotypes exist in reverse for gay women. "In the studies we've done with English there are definitely ratings that show that people detect what sounds lesbian to them, and again these are the things that are more likely to be associated with male speech," said Smyth.  In fact one of Smyth's graduates students left Mexico because she was being persecuted for speaking in too low of a register and therefore sounded gay.

Smyth got interested in the topic by questioning his own voice, as a gay man, and the voices of those in his community. Smyth looked a lot at camp — camp is simply a register, a different way of talking that most people can put on. It is an exaggerated hyperfeminine style that is both used in taunts by schoolyard bullies and reclaimed as an act of pride and identity within gay communities. "When I first came out and was going to gay bars. I would sit around the bar or sitting at tables with various other people and we would say things like 'oh honey don't tell me,' things where we were using a tone of voice or breathiness or even the topics as a part of camp."

Does Smyth think he himself sounds gay? "When I hear myself myself, yes I sound gay. On a scale of 7 I would put myself around a 5.5."

Also in this episode, linguist and writer Arika Okrent explains etymology of the word "disabled." Follow the World in Words on Facebook or iTunes.