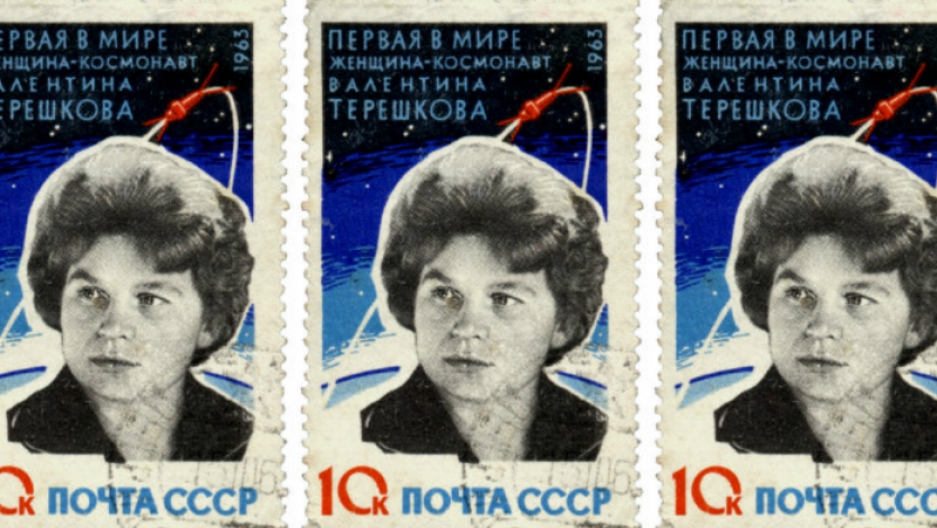 One of the loveliest and strangest things about Orange is the New Black is the way obscure little factoids are sprinkled through every episode. Would the average inmate be able to describe a pangolin, like Crazy Eyes can? Or know that more money = more happiness until you pass the $75,000/year benchmark, like Chapman does? I don't know, but the dialogue in OITNB is richly seeded with information like this, and lately I've been watching with a second browser window open and just Googling along.

That's how I found, smack in the middle of the Season 3 finale, Valentina Vladimirovna Tereshkova. If you've seen the episode, you know that Tereshkova is Red's heroine. "You ever believe in anything, Red?" Gina asks. And the answer comes back clear as a bell: "Valentina Vladimirovna Tereshkova. Her father drove a tractor and her mother worked in a textile plant, and she went to outer space in a rocket ship."

But the woman is even more awesome than that description suggests. And, to my everlasting embarrassment, I'd never even heard her name before. Here, in no particular order, are five things I have since learned about VVT:

1. She was the first woman in space --- by two decades. Valentina went into orbit in 1963. Sally Ride, the space heroine I was raised to love, didn't reach escape velocity until 1983. While the Soviets were choosing their female cosmonaut candidates, the US Congress was hearing testimony about whether it would be a waste of time and money to train female astronauts --- since, after all, most of them would probably just quit to marry a fella.

(Was the USSR pure of heart in their decision to launch a lady? Probably not. Sending a woman into space was something they could beat the Americans at without breaking a sweat --- an easy win. After Valentina went up, they didn't bother with any more female cosmonauts until 1982.)

2. Her hobby was jumping out of planes. At age 22 she joined Yaroslavl Aero Club, and after her first parachute jump, she wrote later, "I felt I wanted to do it every day." (Which worked out nicely, because one of the primary qualifications for female cosmonauts turned out to be proficiency in parachute jumping.)

3. Her wedding was like something out of a Soviet fairy tale. The news came less than 6 months after her return to earth: Valentina, the only Russian bachelorette ever to kiss the stars, was going to marry fellow cosmonaut Andriyan Nikolayev, the only Russian bachelor who could claim the same. A match made in the heavens --- or, you know, in Nikita Khrushchev's brain. Wherever. 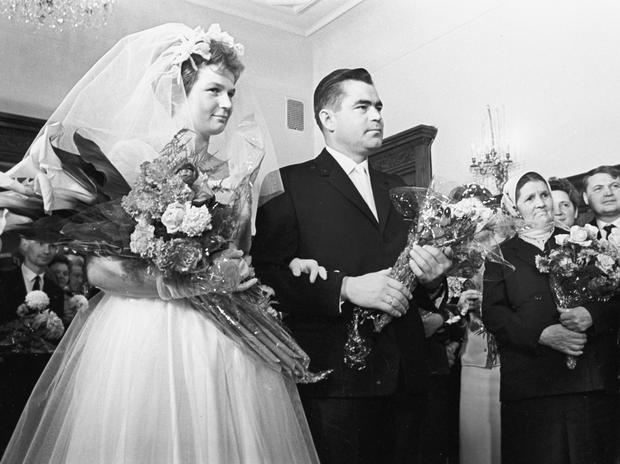 4. There's an asteroid named after her. And a moon crater, too. And she's the inspiration behind the song "Valentina" by Public Service Broadcasting, which you should check out because the archival footage of VVT in the video is priceless. Here's a GIF of my favorite bit:

5. She looks a little like Red. And by Red, of course, I mean the wonderful Kate Mulgrew. 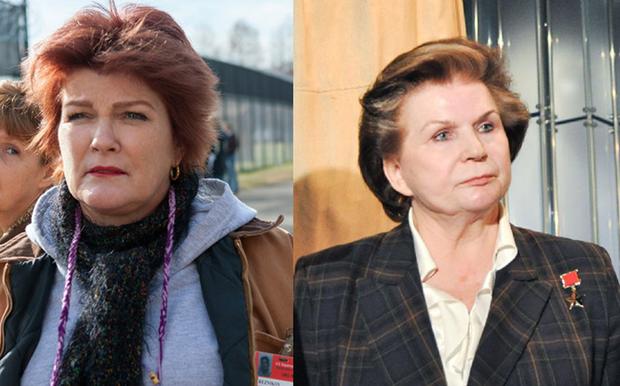 Kate Mulgrew as Red, on left, and Tereshkova in 2011 on right (Netflix/NASA/Flickr) 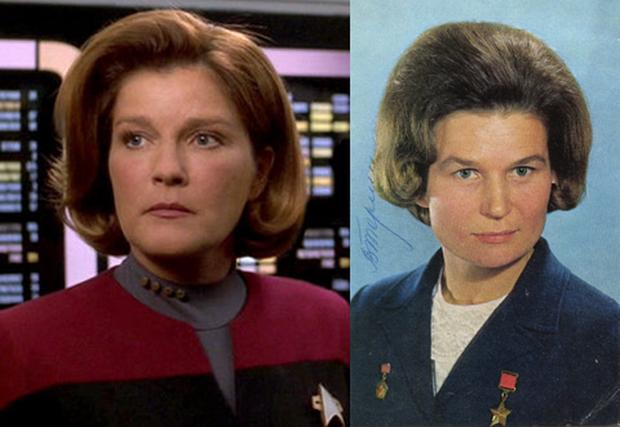 So, who's writing the Valentina Vladimirovna Tereshkova biopic? I think we all know who should play the lead.