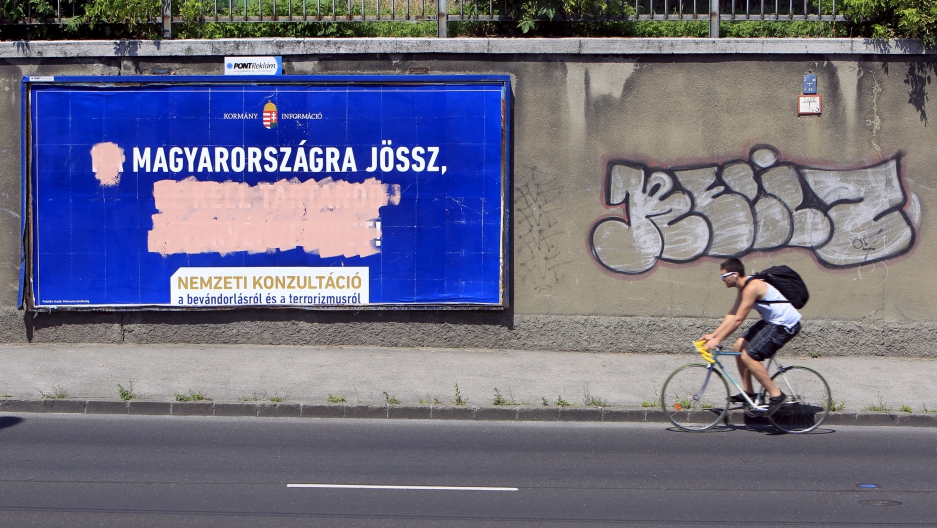 Government billboards vilifying immigrants destroyed by opposition activists are seen in Budapest, Hungary. A spoof Hungarian political party is mocking the government's anti-immigrant rhetoric, suggesting its first priority should be to encourage droves of Hungarian job-seekers who have emigrated to come home.

The billboard campaign is an extension of a national consultation on immigration and terrorism, in which Prime Minister Viktor Orban and the ruling Fidesz party have used taxpayers’ money to promote their stance towards non-Hungarians.

However, since few immigrants actually understand Hungarian, critics point out that these warnings are more likely part of a larger push to rile up fear and win support among citizens for planned anti-immigration laws and measures.

Hungarians who oppose the government's right-wing views have not just been standing on the sidelines. Posters have been defaced, torn down and painted over, with activists competing to get to them first. A massively successful crowdfunding initiative raised over $100,000 within days to mount a poster-based counter-campaign, this time in English. Social media is also buzzing with hilarious, yet poignant parodies of the billboards. 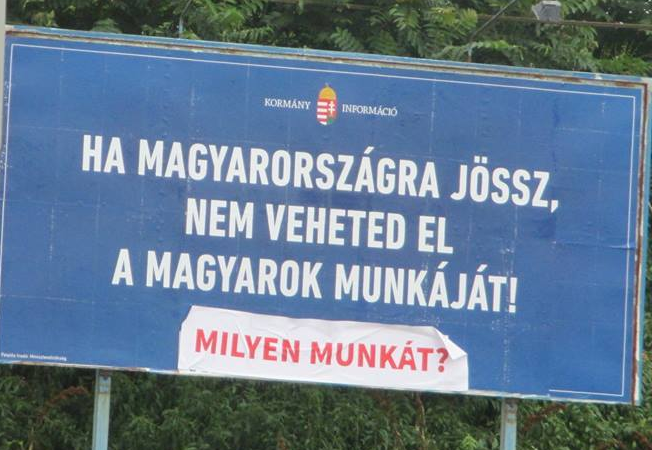 Original billboard: “If you come to Hungary, you mustn't take away Hungarians's jobs!”
Amended with: “What jobs?” 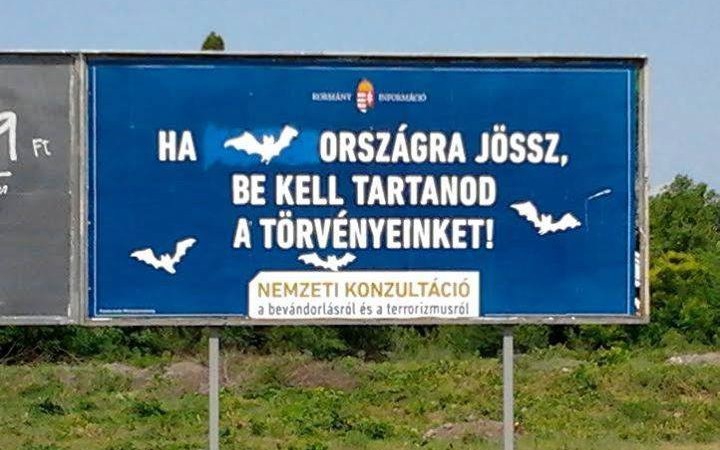 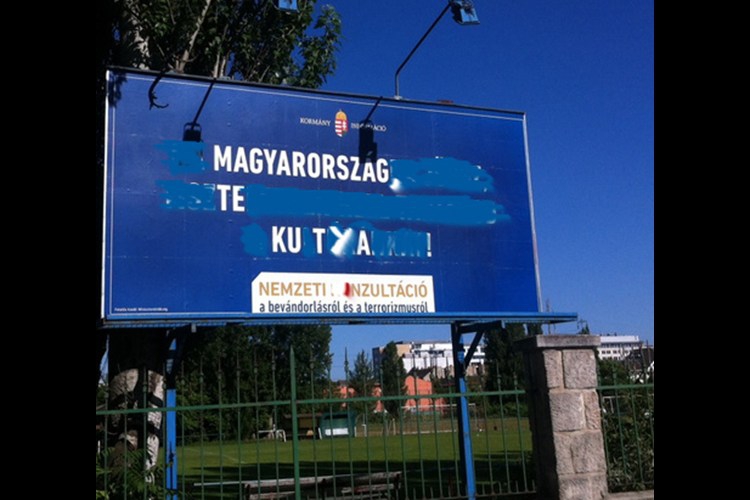 The government’s billboard campaign also ran parallel to World Refugee Day on 20 June, dedicated to raising awareness to the plight of refugees around the world. To mark the day, the regional office of the United Nations High Commissioner for Refugees (UNHCR) in Budapest showcased individual refugees, who have successfully integrated into Hungarian society. These images stand in stark contrast to the fear-mongering attitude of the government.

“The only problem is I miss my family so much it sometimes hurts. I miss my parents, my little sister and brother” a 19-year-old Zeeshant, who plays for the little-known Hungarian national cricket team, told the UNHCR's campaign. He was forced to leave Pakistan because of the Taliban threat and travelled for nine months to arrive to Hungary in the cargo container of a truck. 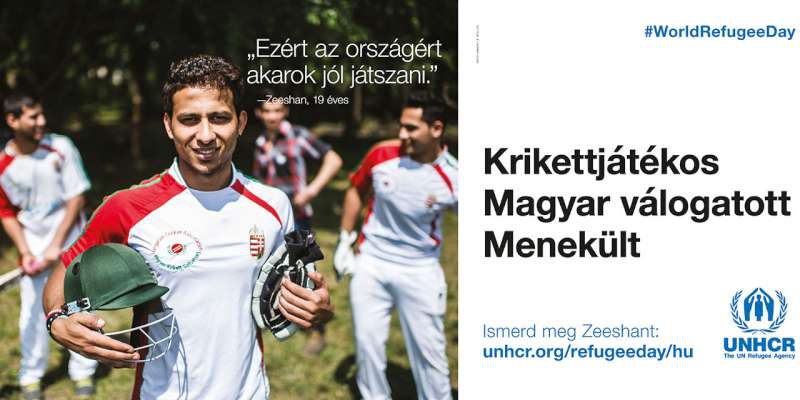 “This is the country for which I want to play well.”

Sophie, who is from Togo, West Africa, works at a state-run kindergarten. She fled to escape forced female genital mutilation and would like to become a Hungarian citizen, according to the UNHCR campaign, but her application has been rejected twice. “I contribute to Hungary because I work and I pay taxes. I help children to learn to be open to foreigners and to people who are different,” she said. 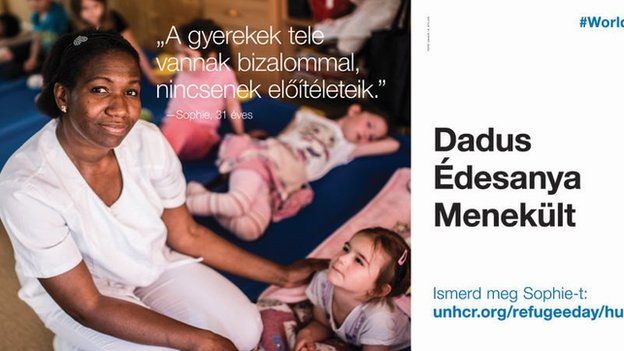 “Children are full of trust, they are not prejudiced.”

Despite international condemnation and the rebellious attitude of many Hungarians, the government is pushing forward with its anti-immigration agenda. On 17 June, the Hungarian government announced its plan to erect a 13-foot-high fence on its border with Serbia.