Tourists pose for a selfie outside of Saint Basil's Cathedral in Red Square.

You might think of selfies as a fun thing to do, or at least as an annoying, but generally harmless pastime (unless someone is waving that selfie stick too close to our faces!). But, like its concern for public safety around bears, the Russian government is so worried about the risks posed by Russian citizens taking selfies that the Russian Interior Ministry has launched a “Safe Selfie” microsite on the Ministry's official website.

The microsite explains the rationale behind the campaign. “Your health and your life are more valuable than a million likes on social networks,” the website claims.

“When a person is trying to photograph themselves, their attention is scattered, they lose balance, they don't look around and don't feel danger,” the microsite warns, encouraging selfie fans to be aware of their surroundings.

The microsite has caused a stir on the RuNet because of an infographic created for the campaign, outlining the riskiest scenarios for selfie-taking. Some users have compared the infographic to “Dumb Ways to Die” (an Australian public service announcement campaign to promote rail safety). 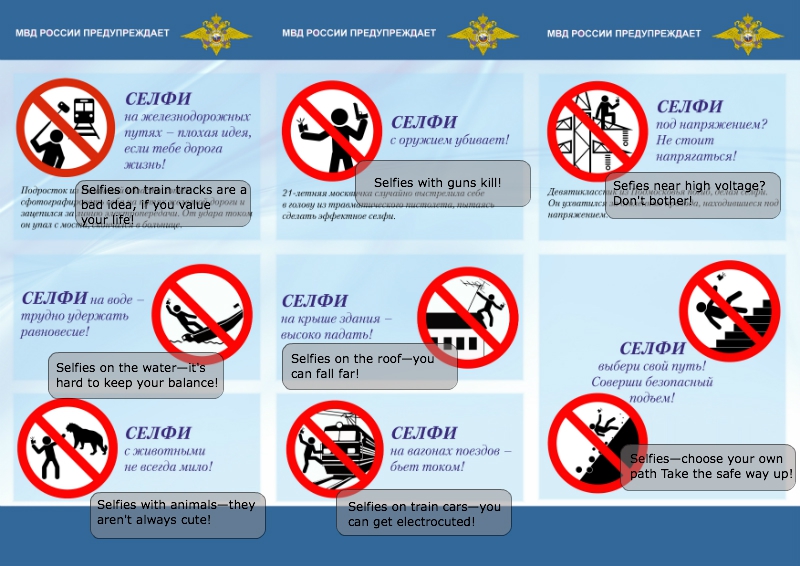 Russian media have reported on several cases of smartphone users getting hurt while posing for a selfie, the most recent case being that of a young woman who reportedly fell to her death on July 4 trying to take a photo of herself with friends on an overpass bridge in Moscow. This case and several others that resulted in fatalities have led the Russian Interior Ministry to voice its alarm over the practice. To alert Russians to the problem and to discuss possible solutions, the Ministry plans to hold a videoconference this week with its regional offices titled “The Safe Selfie”, a Ministry representative told TASS.

Selfie-taking has been on the radar of Russian news media, with several cases of selfie-takers getting seriously hurt or even dying after climbing tall buildings, touching electric wiring, or otherwise risking their safety. Some stories about selfies, however, are on the lighter side, such as the incident in Kemerovo region in June, where a drunk resident broke apart a statue of Lenin while trying to pose for a selfie with it.

In earlier efforts to educate children about safe selfie taking, Saint Petersburg schools introduced a lesson on safety in mobile photography practices as part of their annual Unified Information Day, to be held in October 2015 after the start of the school year. Because selfies are often taken to be posted on social networks, organizers believe they're an important part of overall Internet safety training.

Although the Russian Interior Ministry has warned of the hazard selfies can pose, in November 2014 it asked law enforcement officers from across Russia to send in selfies with their mothers as a way to celebrate Mother's Day and to “help improve public trust” in law enforcement. Photo albums created by the Ministry on the Odnoklassniki social network and on the official Ministry website showcased hundreds of photo entries. 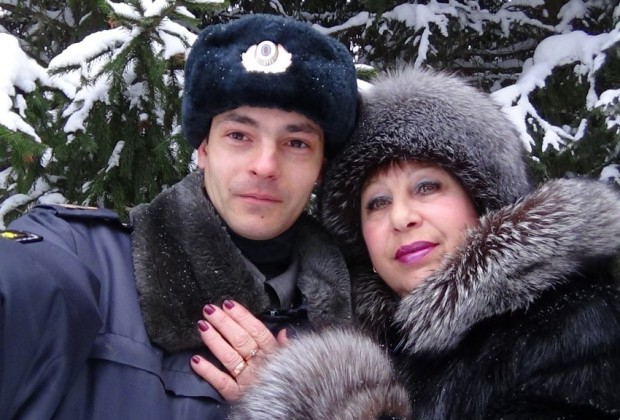 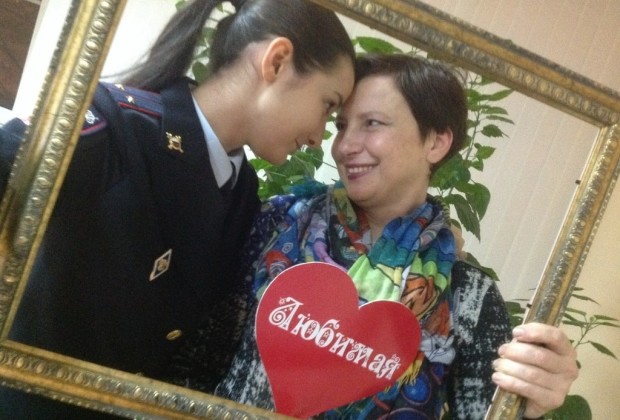 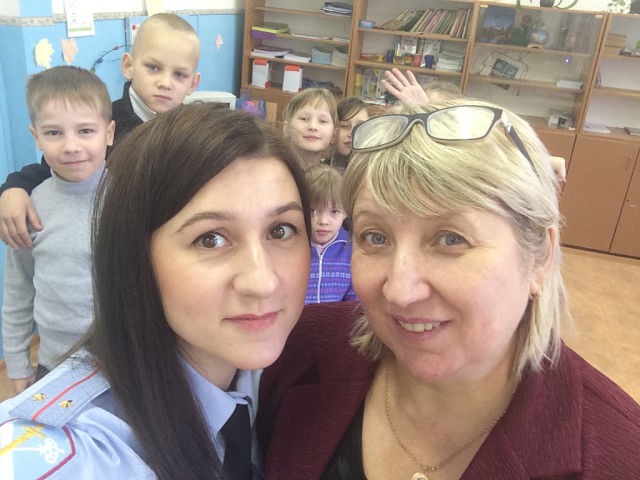