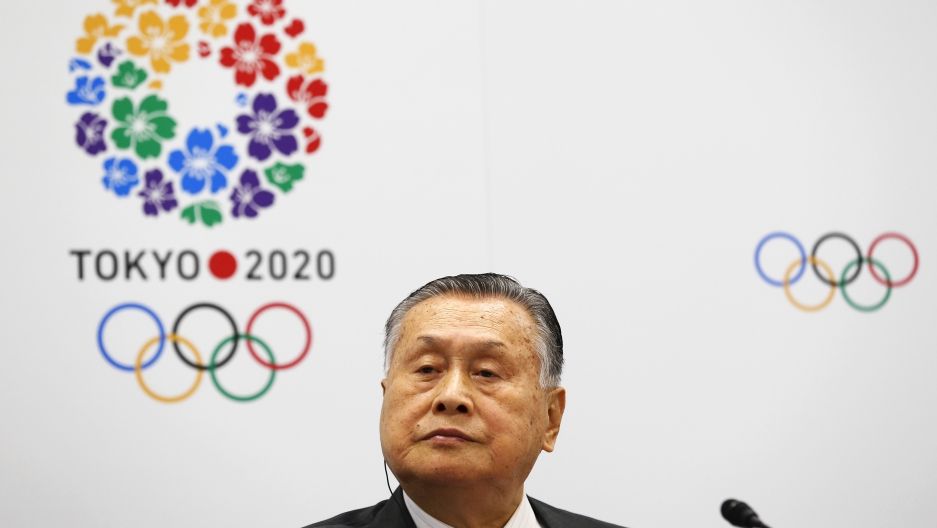 Yoshiro Mori is Japan's president of the Tokyo 2020 Organizing Committee.

With the Women’s World Cup concluding on Sunday, all eyes are on the next global sporting event: The Olympics. Next summer, they’ll be in Brazil. The following summer Olympics, in 2020, will be in Japan.

By the time that happens, the disasters that struck Japan in 2011 — the earthquake off the Pacific coast, the ensuing tsunami and nuclear meltdown — will be nearly a decade old. But for Japanese people affected by what happened in 2011, there are lasting effects.

“There are people who are still living the disaster every day,” says Malka Older, a senior fellow with the Carnegie Council for Ethics and International Affairs who was recently conducting research in Japan.

Still, many Japanese people — especially those in Tokyo — are excited about the 2020 Olympics, and see this as a means of showing the world how far they’ve come since 2011's disaster, Older says. Winning the Olympic bid, and hosting in 2020, is “a way of saying ‘yes we're safe, and we have this international committee that’s awarding us this to show that we are safe and that people can come here,’” Older explains. This is a point of pride for many Japanese people.

In the hardest-hit part of the country, the northeast, Older says there is a good deal of “concern and even resentment” that so much money went to the Olympic bid, and is now dedicated to games construction, when some areas still need help. And the Olympic construction is driving up prices for materials and for contractors needed by ongoing relief efforts.

Immediately following the disasters, Older says there was an overwhelming sense of unity within the country. The word kizuna (meaning “unity, being tied together”) was even chosen as Japan’s word of the year in 2011. And the government struck a deal with citizens in which they agreed to higher taxes, and pay cuts for government staff, in order to fund much-needed relief.

Despite this, she says, recovery is taking a long time, and in the meantime, the sense of harmony between government officials in Tokyo and people from the northeast has begun to fall apart. Older says it is going to be difficult for these groups to find consensus. But she gives “a lot of credit to the Japanese people overall,” recognizing that the sacrifices they have already made — such as the taxes and pay cuts — are a powerful show of the unity that the Japanese people feel with their fellow citizens.