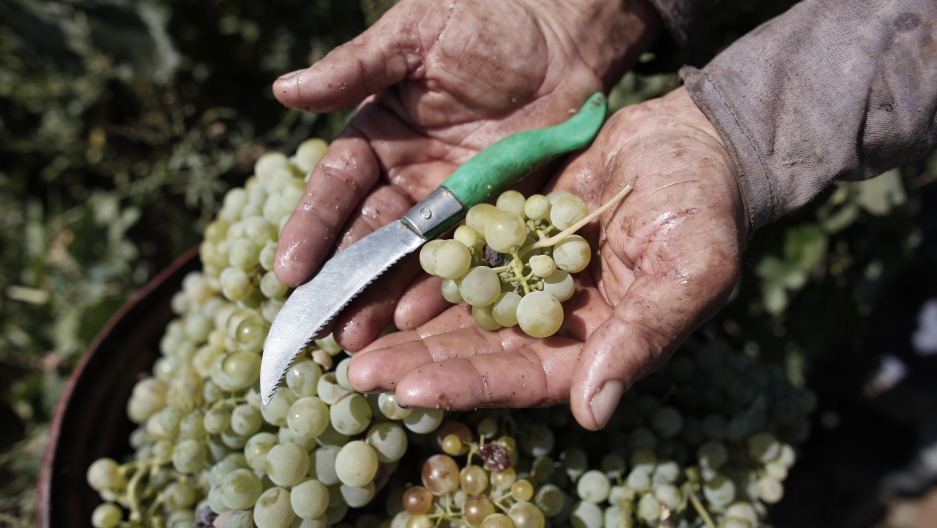 A worker holds grapes and a knife in his hands at a vineyard in Porto Rafti, east of Athens, in 2013. Greek wine exports have continued to fair well despite the country's financial crisis, helped by good weather conditions and improved marketing.

With Greece and Germany locked in an economic chess match over Greece’s rejection of creditor demands, media attention has focused on the tension between the two nations.

But there’s at least one man who wants to focus on the connections that Greece and Germany have forged. Markus Stolz is German by birth, but for almost a decade he’s worked in Athens as an exporter of Greek wines. Stolz first moved to Athens after marrying a Greek woman.

He says the crisis has forced most businesses in Greece to hit the pause button. “Right now the banks are closed, and pretty much every decision every business has to make is on hold,” he explains.

One of Greece’s underlying economic problems is its lack of exports — a problem that Stolz’s wine business has, in a small way, helped address. But the country’s wine exporters, many of whom rely on financial support from the European Union, have been hard-hit.

Stolz’s family bridges the divisions that have grown between Greece and the rest of Europe. Two years ago, after the Greek economic crisis hurt his family’s finances, so he and his wife decided to move back to Germany.

But Stolz wasn’t happy in his country of origin. “My passport is still German, but my heart and mind is Greek,” he says.

Eventually, Stolz and his wife parted ways. She stayed in Germany and, two months ago, he moved back to Athens. “The Greek is living in Germany now, and the German is living in Greece,” he says with a laugh.

In spite of Greece’s financial woes, Stolz thinks he made the right decision. Greek wines have become his passion, and he’s optimistic that his wine business, Elloinos, will weather the storm. “What has happened to the Greek wine industry in the last years is quite astounding. Wine exports are picking up,” he says.

Thanks to its location on the warm Mediterranean coast, Greece has an ideal climate to grow grapes. “We have about 300 grape varieties that grow only in Greece,” Stolz says. The country is famous for flinty and dry white wines, though it also produces a wide variety of red wines.

There are difficulties apart from the financial crisis, of course. Greece lacks industrial capacity, for example, so wineries there rely on supplies of wooden barrels and glass bottles from abroad.

Still, Stolz believes these are relatively small obstacles to success. He hopes that even in difficult times, regional products like wine can create bonds within Europe.

Stolz says that when he shares a bottle of Greek wine, he avoids political discussions and instead talks about Greek history and culture.

“It’s a moment for everyone to just forget about all the rivalry going on,” Stolz says. “It’s not only about the wine.” 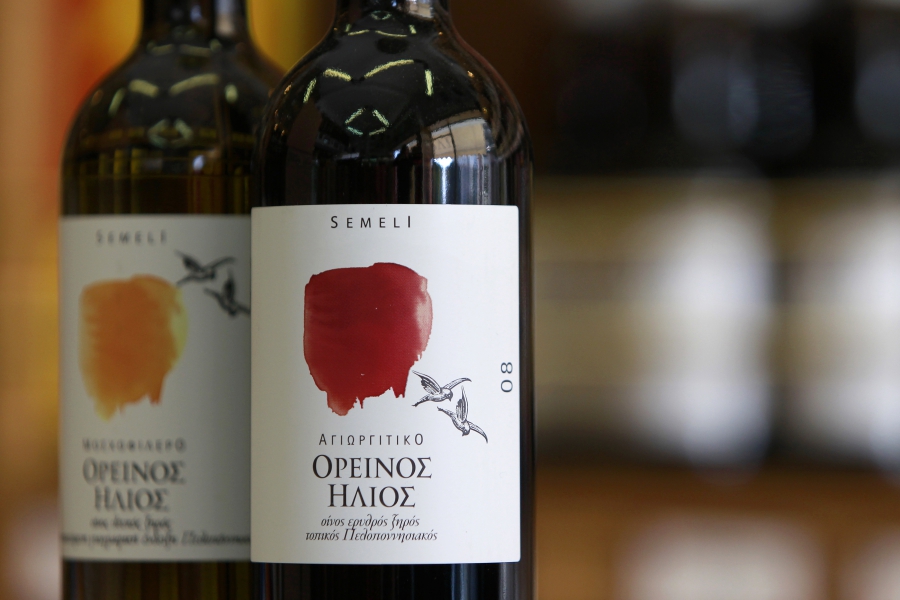 Two bottles of Semeli wine, produced by a family-owned vineyard in Greece, are seen at a wine shop in Athens in 2012.