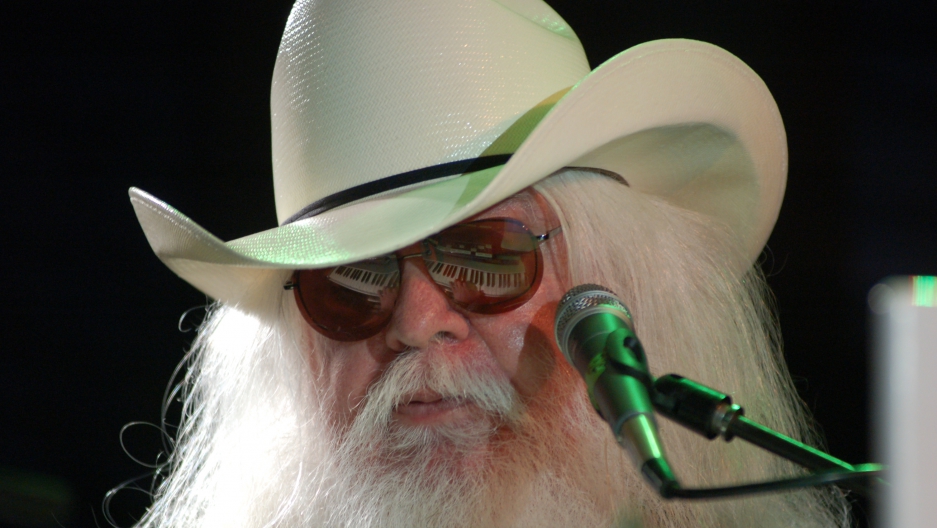 During the 1970s, Leon Russell forged a musical career unlike almost anyone else’s before or since: an ultra-American mix of country, blues, gospel and rock n’ roll, collaborating with musicians from the Monkees to Elton John to George Benson. And for two years at the height of Russell’s stardom, the documentarian Les Blank filmed him.

Blank completed the movie, A Poem Is a Naked Person, 41 years ago. But it’s only being released now, two years after the filmmaker’s death.

One of the issues holding up the release of the film was Russell himself. “I hate new stuff, so I decided I would let it get older and perhaps it would be better,” he explains. But Russell also took issue with the content. “Les Blank is a wonderful documentarian, but I felt like it had a lot of coverage that didn’t have to do with me — you know, a lot of sunsets,” he explains.

Russell credits his artistic development to a birth injury that damaged his upper vertebrae and left him slightly paralyzed on the right side of his body. “It gave me a very strong sense of duality,” he says. “It gave me an outlook into this plane that we live on and if I hadn’t had that, I’d probably be selling cars in Paris, Texas.” Russell became one of the most sought after session musicians in Los Angeles during the 1960s, working with everyone from Frank Sinatra to Phil Spector and from Glen Campbell to the Byrds.

His breakout moment came in 1970 when he teamed up with Joe Cocker on Mad Dogs and Englishmen, contributing several songs, including “Delta Lady” and “Superstar,” and serving as bandleader for the tour. It was on that tour that he cemented his persona as a one-of-a-kind rock n’ roll character, with his long gray hair, devilish smirk and top hat. Songs he had written, such as "A Song For You" and "This Masquerade," became classics for The Carpenters and George Benson.

In the decades since, country music has changed from the motley, multicultural scene depicted in the documentary — with longhairs, square white bluegrass players, African American musicians, young people and old people all playing and working together. “It seems to have a mind of its own, you never know what music’s gonna do,” he says. “I myself like the old style, a little bit less pickup trucks and beer and tailgating.”

For much of the 80s, 90s, and early 2000s, Russell continued to put out music, but without the same success he had experienced in the 70s — until Elton John called him up. The album they made together, 2010’s The Union, was both a critical and popular success. “I always thought somebody’d come back and get me, but Elton was the only one that did.