A group of researchers have discovered the existence of previously unknown lymphatic vessels in the brain — a stunning find that upends current medical science and could have far-reaching implications for the study and treatment of neurological diseases like Alzheimers and multiple sclerosis.

The discovery, published in the journal Nature, elicited excitement and surprise among other researchers. Even lead author Jonathan Kipnis, director of the Center for Brain Immunology and Glia at the University of Virginia in Charlottesville, was skeptical at first.

“I really did not believe there are structures in the body that we are not aware of. I thought the body was mapped,” he told one interviewer. “I thought that these discoveries ended somewhere around the middle of the last century. But apparently they have not.”

The discovery was made possible by a “phenomenal post-doctoral fellow” in Kipnis's lab, Dr. Antoine Louveau. Kipnis’s research focuses primarily on the meninges, membranes that cover the brain and spinal cord. Louveau developed a technique of mounting the entire covering onto a single slide that could be viewed through a microscope. The vessels were apparently hiding in plain sight, behind a larger blood vessel in the sinus cavity, a difficult area of the body to image. 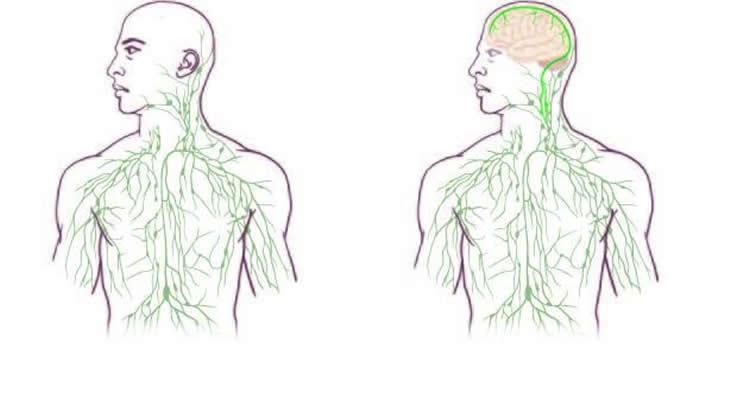 An updated view of the human lymphatic system. The old version, left and the new version, based on the recent discovery

Courtesy of the University of Virginia

Lymphatic vessels function as the pathway for immune cells to move through the body to fight infection and disease. Researchers were certain that these vessels did not exist in the brain. Now they know that they do — and this has potentially profound significance.

A common reaction to the new discovery has been “we need to rewrite all the anatomy textbooks.” Kipnis agrees.