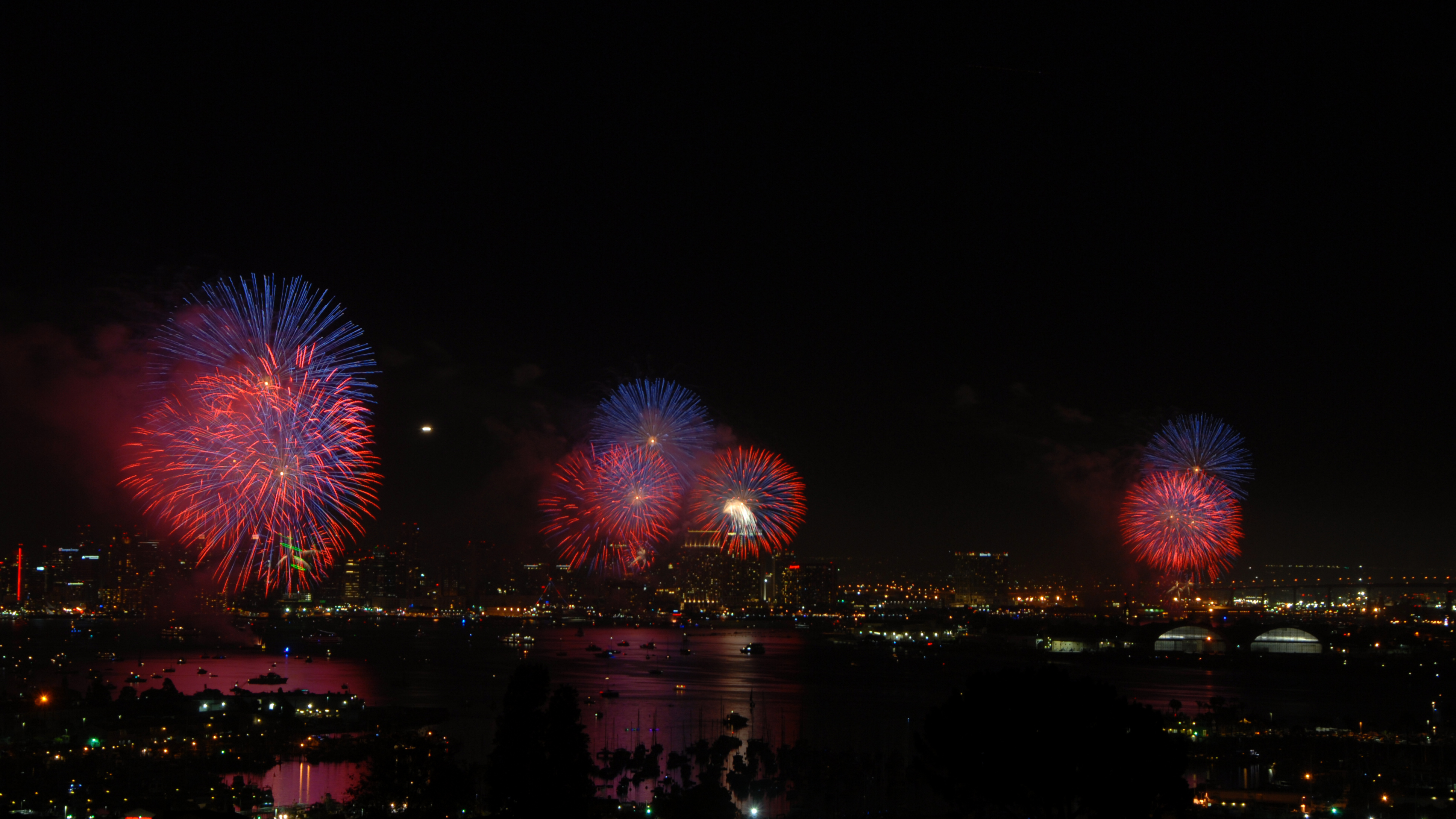 Fireworks have been a part of the Fourth of July since the very first anniversary of the Declaration of Independence.

The cities of Boston and Philadelphia both included fireworks displays as part of the celebrations of Independence Day in 1777.

One of the Founding Fathers, John Adams, predicted that Independence Day would become America’s greatest holiday. This is what he wrote to his wife Abigail on July 3rd 1776:

“(This) the Second Day of July 1776 will be the most memorable Epocha, in the History of America. I am apt to believe that it will be celebrated, by succeeding Generations, as the great anniversary Festival. It ought to be commemorated, as the Day of Deliverance by solemn Acts of Devotion to God Almighty. It ought to be solemnized with Pomp and Parade, with Shews, Games, Sports, Guns, Bells, Bonfires and Illuminations from one End of this Continent to the other from this Time forward forever more.”

Adams got the day wrong, though. Congress voted for independence on July 2nd 1776, but didn’t approve the text of the declaration until the Fourth.

But the use of fireworks on the Fourth spread relatively slowly. They spread through New England and New York in the decades after the Revolution. But the firing of cannon and muskets and parades were much more common. Besides, fireworks at the time were expensive, tricky to manage safely, and not nearly as impressive as they are today.

Eighteenth century fireworkers might have a variety of tricks. One advertisement from 1784 offers a range of pyrotechnics that included rockets, serpents, wheels, table rockets, cherry trees, fountains, and sun flowers. But they all basically generated orange or white flashes and sparks.

It wasn’t until the 1830s that chemists figured out how to produce a variety of colors. Apparently, you have to burn different metallic salts with potassium chlorate.

It was around the same time that the "Star Spangled Banner" made the rocket’s red glare part of America’s national iconology. The song was penned of course by Francis Scott Key to mark the British assault on Fort McHenry in Baltimore in 1814. The British used military rockets as part of their attack.

Fire has been used by mankind since the dawn of time for celebrations. Fire and fireworks are used in all cultures to mark special days, like Bonfire Night in England and Chinese New Year. In fact, gunpowder was first developed in China. It was about 1,000 years ago, when little boxes of gunpowder were added to traditional fire arrows. The Chinese had something like rockets according to a text from 1110 AD.

The Mongols spread the use of gunpowder from China to their conquests in India, Europe and the Middle East. And by the 1500s, gunpowder was common both in warfare and in fireworks extravaganzas. For example, the English put on a huge display when Anne Boleyn was crowned Queen to Henry VIII in 1533. Huge displays by powerful monarchs like Louis XIV and Peter the Great became common.

Fireworks skipped across the Atlantic in 18th century. There are plenty of examples of fireworks being used for celebrations even before the American Revolution. Artillery officers would demonstrate their skill at handling pyrotechnics by putting on displays for special occasions.

So by the late 19th century, fireworks were entrenched as something to be seen on the Fourth of July across the country, and not just in the leading cities.

In 2014, there were roughly 14,000 public firework displays across the United States over Independence Day weekend.

Just remember, fireworks can be dangerous. So be careful out there. Happy Fourth of July.

Here are the fireworks in downtown DC last year: