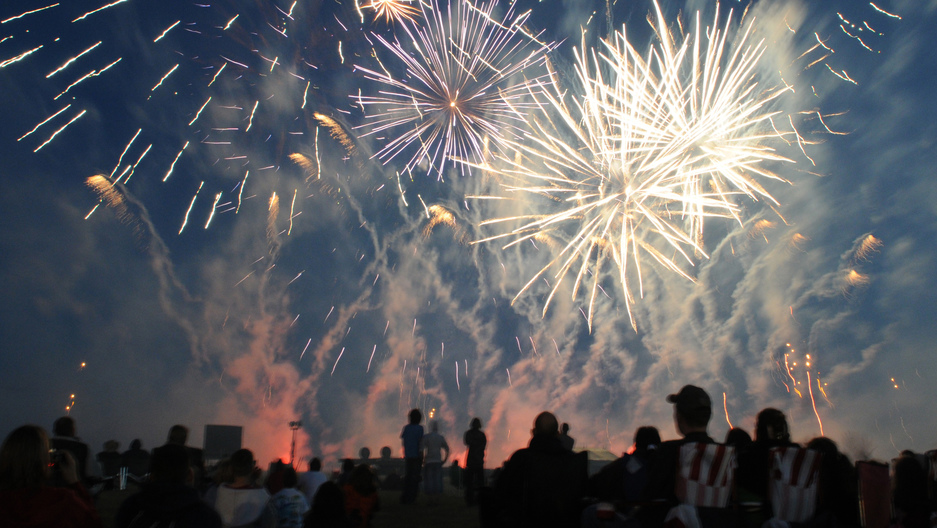 This year's Fourth of July won't be the same for the people of Feltwell, England.

Officials have announced that "due to local threat assessments," all celebrations are canceled.

"It was a surprise for everybody," says Peter Cooper, councilor in the village of Feltwell. "It was only a week ago that the officer in charge of Feltwell came along and told us what preparations we're going ahead [with] and everything was alright."

But a statement released Thursday called everything off. "The base continually surveys the security environment alongside host nation counterparts and must take appropriate measures based on those assessments," the statement said.

Cooper suggests that the recent terrorist attack at the popular beach resort in Sousse, Tunisia might be behind the decision.

But normally, the Fourth of July celebrations are big in Feltwell. "Thousands of people come and they have what you call a funfair or a carousel ... and they have fireworks and displaying of aircraft by Red Arrows (RAF Red Arrows aerial team) and other little planes," says Cooper.

This year, there were carnival rides and performances by live bands were scheduled — none of which will now take place.

Cooper agrees that at first glance, it's strange that the British celebrate the Fourth of July — the day commemorating the Declaration of Independance from Great Britain — but he quickly adds that is all history.

"I think that's all gone and forgotten," he says.

So locals of Feltwell won't be going to any Fourth of July celebrations this year, but they sure can't wait for the one coming up next year.

"It's a jolly good day to look forward to ever so much by the locals," Cooper says.

UPDATE: A previous version of this story incorrectly stated that the Fourth of July was the day Britain lost the Revolutionary War. July 4th commemorates the adoption of the Declaration of Independance from Britain.