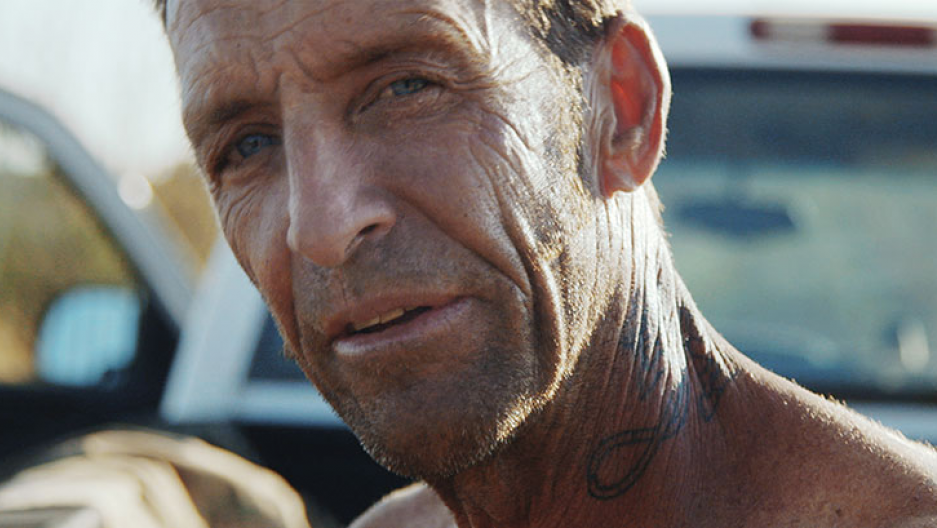 'Cartel Land' follows two vigilantes — one Mexican, one American — who battle the cartels committing atrocities on each side of the border.
Credit: Courtesy of Cartel Land, Matthew Heineman
Share

Editor's note: "Cartel Land" has received an Oscar nomination for best documentary feature. This interview with its director was published at the time of the film's release in July 2015.

Now viewers can watch it for real from the comfort of a movie theater seat.

“Cartel Land,” a documentary opening in the United States and Mexico on Thursday, takes a painfully close look at the drug war south of the Rio Grande with a cinematic lens.

While beautifully filmed, it’s a brutal watch, as you can see from this trailer.

Apart from the adrenalin-packed gunfights, it also has gut-wrenching human moments, like when one woman describes how she watched her husband being butchered in front of her.

The action follows two vigilantes — one Mexican, one American — who battle the cartels committing these atrocities on each side of the border.

Filmed in late 2013 and 2014, it depicts Mexico’s vigilante movement at its height, when it was rooting out the head-chopping Knights Templar Cartel in Michoacan state.

In contrast, the American vigilante sees little action as he wanders around Arizona's desert, harassing migrants and talking about fears of the cartel war creeping over.

With Kathryn Bigelow as executive producer, of "Zero Dark Thirty" and "The Hurt Locker" fame, it's gained release in commercial theaters.

Director Matthew Heineman spoke with GlobalPost and other journalists in Mexico City about his labor of love. Here's why he thinks the movie matters. Mexican vigilantes raise their guns during a rally in Michoacan state.

GlobalPost: How do you see these two main vigilantes? Are they heroes or villains?

Heineman: Both men are 55 years old. They both believe the government has failed them. And they have both taken the law into their own hands. But the circumstances are quite different. The violence in Mexico, the violence in Michoacan is visceral, it’s real. Since 2007, more than 80,000 people have been killed and 20,000 have disappeared. In Arizona, the violence is much more theoretical. It’s a fear that these drug lords in Mexico will seep across the borders.

How do you see the vigilante movement in Mexico? What do you think the viewer will take from this film?

My goal was to take the story out of the headlines. I was lucky that I was able to go down and spend almost nine months down there, one or two weeks of every month. I really wanted to show this issue in a very visceral and emotional way on the ground, not with talking heads, not with experts, not with outside interviews but through the people that I was embedded with.

I constantly tried to put myself in the [people’s] shoes and live in a world in which there is an utter lack of government institutions. Where the very institutions that are there to protect you are either not there or they are colluding with the cartel, and that is why this movement began.

Why do you compare actions of a few vigilantes in Arizona with that of a huge movement in Mexico that has been decades in the making?

I don’t think it is an exact parallel or that they are mirror images of each other. But I feel that this film is both timely and somewhat timeless. Throughout history you have seen men and women rise up to fight against what they perceive as evil. You see that story play out today and you will continue to see that story play out in the future.

To me I want to see what motivates humans to rise up in arms. But despite noble intentions, you can’t always control who is in your group, and that is something that we see on both sides of the border — but especially in Michoacan. And that is part of what leads to their downfall.