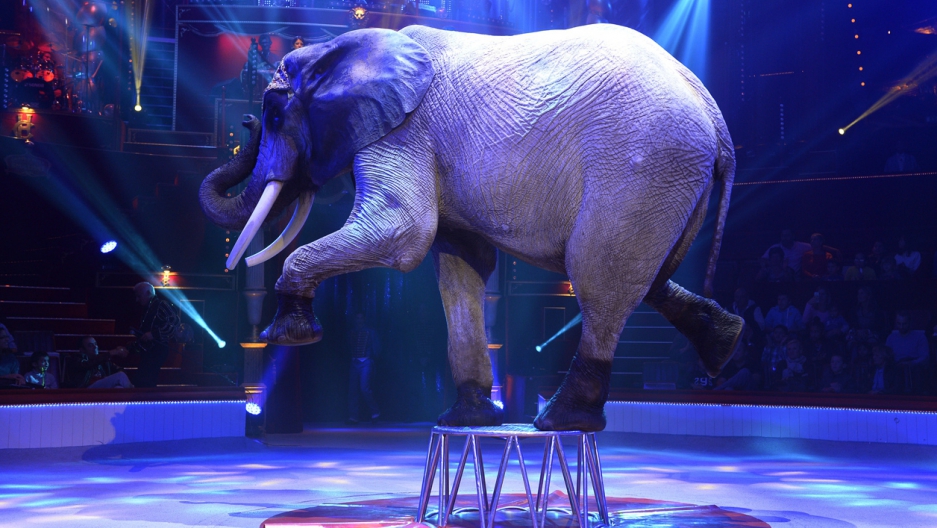 Circus elephants, like this one performing in Paris, France, are banned in Mexico beginning July 8.
Credit: Bertrand Guay
Share

Lions and tigers and bears… no more.

A new law in Mexico banning the use of tigers, elephants, zebras, lions and other exotic animals in circuses comes into effect next week.

The law, which was approved in March 2015, is aimed at preventing animal cruelty, and those who violate it will be fined nearly $225,000.

Some 3,000 to 3,500 circus animals will be freed from performing under the big top thanks to the law, according to the International Business Times.

The question remains, however, what will happen to all of these animals?

For many circus owners, the animals will be too expensive to keep. One Mexican animal tamer estimated that it costs around 3,000 pesos (almost $200) a day to feed circus tigers. When you add other costs like veterinary bills on top of that, keeping wild animals is a pricey expense.

An official from the Mexican environmental protection agency said the government is evaluating different facilities that could take in the animals. Privately owned zoos have also offered to house them.

Some circus owners claim that the new law, designed to protect circus animals, is actually putting the animals in worse danger.

“A lot of owners don’t want to give the government the animals that are their livelihoods,” President of the National Association of Circus Owners Armando Cedeño told the Guardian. “Some are looking to sell them, and you don’t always know who is buying. Others are so desperate they are looking to put them to sleep.”

Circuses across Mexico are also worried about revenue. Without animal attractions to draw spectators, attendance could drop, and some smaller circus operations have been forced to shut down already. Circus workers perform as they take part in a protest against a law that prohibits the use of wild animals in their shows, in Mexico City on June 10, 2014.

Workers, naturally, are concerned about their jobs. Over 1,000 circus employees protested against the law in Mexico City a year ago, saying that the law will leave thousands unemployed.

Mexico is the 29th country to pass a nationwide ban on circus animals, according to Stop Circus Suffering, a campaign of the NGO Animal Defenders International. Other countries with nationwide bans include Austria, Croatia, Greece, Bolivia and Costa Rica.

The US has full or partial bans on circus animals in only 22 states.

Perhaps cock fighting and bull fighting will be Mexico's next legal targets.