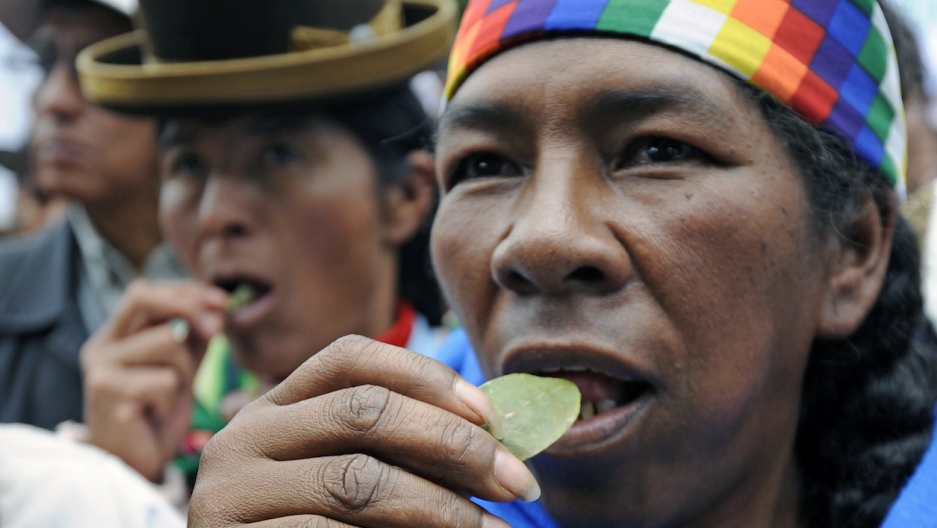 LIMA, Peru — First it was gay rights. Then divorce. Now, Pope Francis looks set to tackle another church taboo: the war on drugs.

The pontiff has indicated he may try coca tea, or possibly chew raw coca leaves, when he arrives in the Bolivian capital La Paz on Wednesday.

Coca is the key ingredient in crack and cocaine and has been internationally outlawed since 1961, under the United Nations’ convention on narcotic drugs.

But there’s nothing odd, or illegal, about chewing the leaves or brewing them into an infusion drink in the three nations that produce almost all the world’s coca crop, Bolivia, Colombia and Peru. They each allow traditional coca consumption within their own borders.

Locals have been doing that for thousands of years to treat altitude sickness and other ills, including even menstrual pains. Meanwhile, thousands, if not millions, of tourists have also gotten in on the act every year.

For most “gringo” visitors, coca tea — which provides a weaker buzz than an espresso — is the perfect way to ward off the headaches, nausea and fatigue that typically hit within the first days in La Paz, which is 12,000 feet above sea level.

There’s also coca candy, although you’d need to scarf an entire bag to get a similar effect. And the more adventurous just chew the dried leaves, which taste like mud and stick nastily to your tongue even after a rinse.

Coca is known to speed up the heart, although scientists remain unsure whether it improves physical performance, as users claim.

But by chewing coca, the pope won't just be helping himself to acclimatize in La Paz.

He will also once again be sending a powerful message of concern for the poor and downtrodden, in this case the Andean smallholders who often make just a few hundred dollars a year from their coca crops.

Most of them never actually see cocaine, which was discovered by a German chemist in the 19th century. He worked out a way to extract one of the active compounds from coca and then concentrate it into the polemical white powder.

“The pope is showing his solidarity with Bolivia’s struggle. He understands that coca is cultural, ancestral, a source of social cohesion here. Coca is not a drug.”