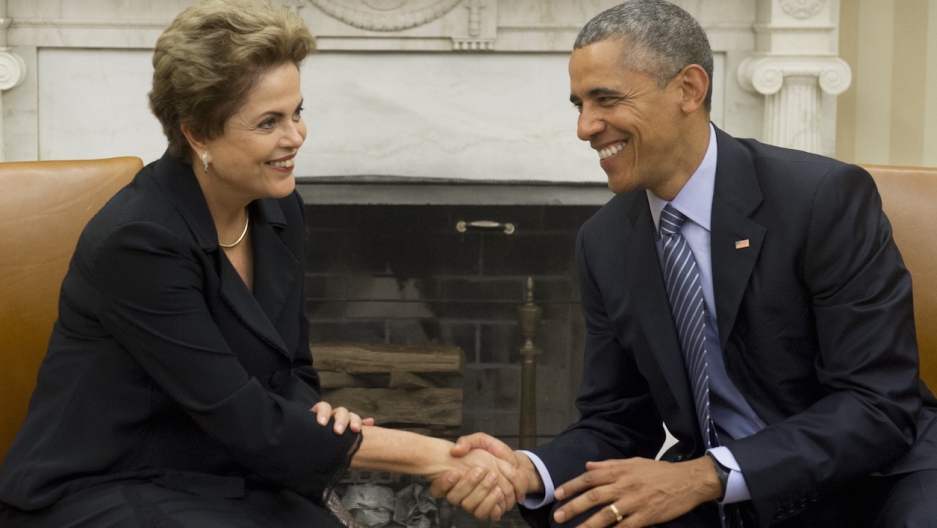 BOSTON — Two years ago, the word Brazilians used to describe their feeling toward the United States government was "indignant." And that was the polite version.

Now the vibe looks a lot friendlier, a new Pew poll suggests. Today Brazilians have the best opinion of the US out of all the Latin American countries polled. Brazil's anger in 2013 sprang from the shocking US spying revelations that are still unfolding elsewhere, thanks to leaks by America's former spy agency contractor Edward Snowden. He alleged the National Security Agency (NSA) was eavesdropping on millions of Brazilian citizens, and even on their president, Dilma Rousseff. She abruptly called off her planned White House visit over the scandal.

Now, Pew researchers have found that nearly 3 out of 4 Brazilians have a favorable view of the US. Pew said these attitudes are more in line with pre-Snowden times. (Check out the rest of their findings here.)

And that White House visit? It's finally happening. The two leaders met in the Oval Office on Tuesday. Analysts say they're expected to sign some deals of minor economic importance, but that the diplomatic turnaround between this hemisphere's biggest economies will be pretty major.

President Rousseff's own popularity has traveled the exact opposite direction. Earlier this month, local pollster Datafolha said her approval rating plunged to a measly 10 percent.

That's because Brazilians are upset about their country's massive scandals, and unemployment on the rise.

But today in Washington, Dilma Rousseff is having her diplomatic moment. Let's see how that goes down back home.