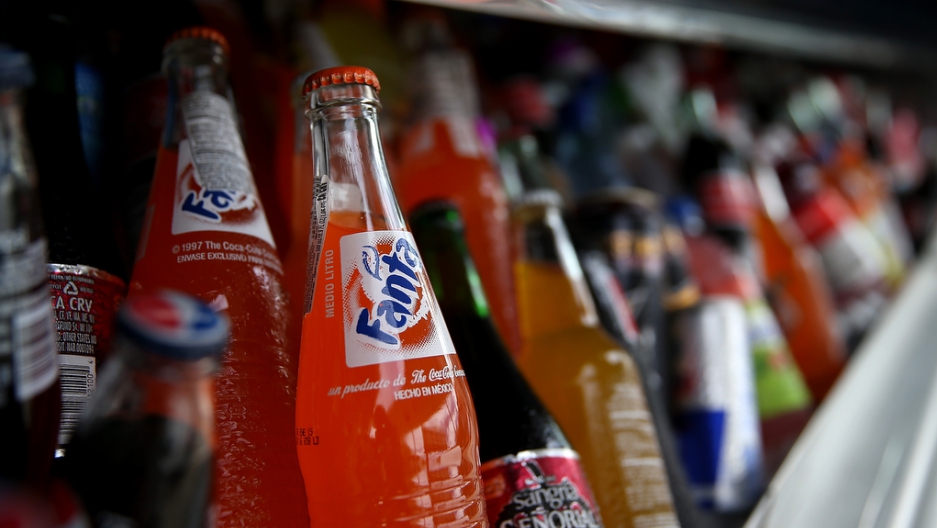 Sugary drinks have been linked to the deaths of an estimated 184,000 people a year.
Credit: Justin Sullivan
Share

GUADALAJARA, Mexico — Mexico is notorious for being one of the most dangerous countries in the world, so it might sound strange to hear that sugary drinks pose a bigger threat to life here than violent crime.

A study by the Friedman School of Nutrition Science and Policy at Tufts University estimates that a staggering 24,000 Mexicans die each year from diabetes, cancer and heart disease that are linked to sugary drinks.

Compare that figure to the roughly 15,649 murders officially recorded in 2014 and it’s clear which is the biggest killer in the Latin American country.

Worldwide, the total sugary-drink death toll is estimated at 184,000, with more than 70 percent of deaths caused by diabetes. The researchers said this was the first detailed global report on the impact of sugar-sweetened beverages.

Out of the 20 most populous countries studied, Mexico’s death rate from sugary drinks was the highest by a long way, with an estimated 405 deaths per million adults.

The United States was a very distant second with an estimated 125 deaths per million adults, although its total number of deaths was slightly higher than Mexico's at 25,000.

Mexico’s death rate from sugary drinks is alarming, but not all that surprising when you consider that the country is also the world’s biggest consumer of sodas. The average Mexican drinks a whopping 43 gallons of soda each year — nearly 40 percent more than the average American, who knocks back 31 gallons.

"This is not complicated," said Dariush Mozaffarian, dean of the Friedman School of Nutrition Science and Policy and senior author of the study, in a statement.

“There are no health benefits from sugar-sweetened beverages, and the potential impact of reducing consumption is saving tens of thousands of deaths each year.

"It should be a global priority to substantially reduce or eliminate sugar-sweetened beverages from the diet."

The American Beverage Association disputed the study's assertion that direct links can be made between sweet drinks and deaths from diabetes, cancer and heart disease.

It's of little dispute that diet directly impacts health, however.

Concerned about the chronically poor health of its population, the Mexican government is encouraging people to kick their sugar addiction by slapping taxes on high-calorie drinks and junk food.

But in a country where being fat is normal — more than 70 percent of adults are either overweight or obese — and the Spanish word for fat — “gordo” for men or “gorda” for women — is often used as a term of endearment rather than an insult, it’s not going to be easy.