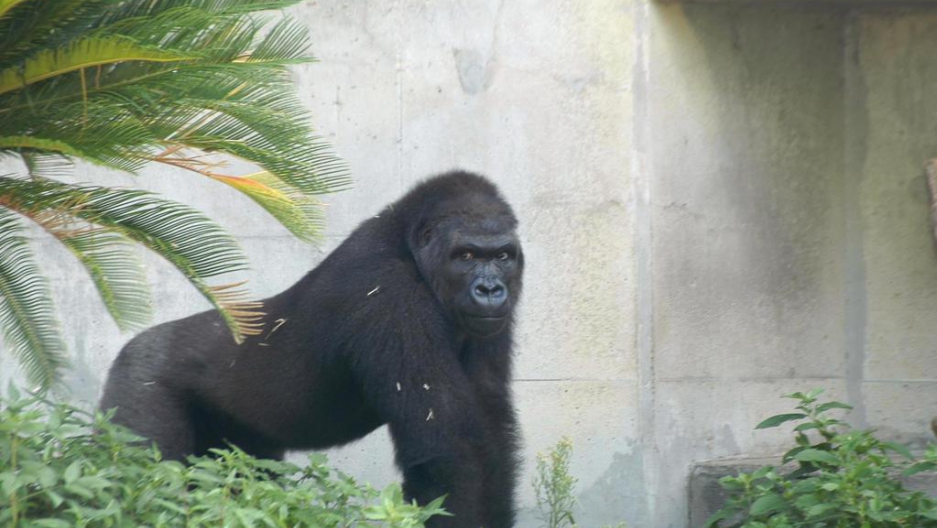 Shabani was raised at Sydney's Targona Zoo but moved to Japan's Higashiyama Zoo and Botanical Gardens in 2007.

With model good looks, striking model poses, and expressive eyes, Shabani is the cause of the collective flutter of young female hearts in Japan.

But Shabani is neither an up-and-coming actor or a model walking the catwalk.

A resident of the Higashiyama Zoo and Botanical Gardens in Nagoya since 2007, Shabani is an Australian-raised gorilla who has become a sensation due to his striking eyes and model good looks.

In addition to drawing a steady stream of young female visitors who are enraptured by Shabani’s good looks and flock to gain his attentions, Shabani has gone viral on social media.

Users have shared various photos, commenting on his good looks.

Curiosity over Shabani has now extended beyond Japan’s borders. However, the reaction to the gorilla from the West is a mixed bag.

this gorilla is hotter than most of my ex-boyfriends http://t.co/lFk2sQk9uF

...other Twitter users from outside of Japan have written this story off as another “Weird Japan” piece.

Oh for f*ck's sake, REALLY, Japan? This is why the rest of the world is so weirded out by you. Stop it! #シャバーニ http://t.co/fxNNVdOySW

Then there are those with whom the concept of “Weird Japan” does not sit well at all.

Hiroko Tabuchi, a journalist for The New York Times who used to cover news from Japan, has this to say:

Wd you ever write that/believe that abt women in your own country? The weird fiction that gets made up abt love/sex in Japan is ridiculous.

Unfortunately for his admirers, Shabani is already spoken for. He is the mate of Higashiyama Zoo’s two resident female gorillas Ai and Nene, and is proud father of two children, a boy and a girl.