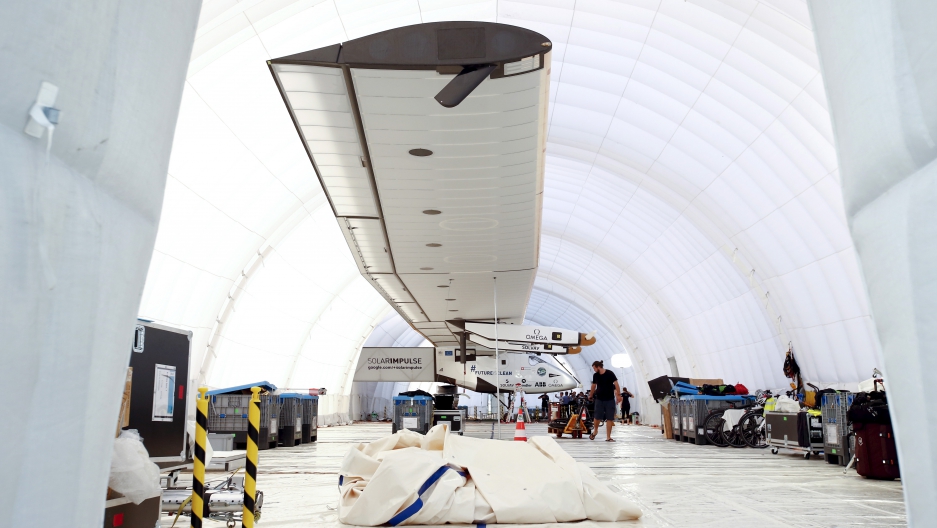 The Solar Impulse plane is not an indication of how the future of aviation will look, but rather is a demonstration of the capabilities of this type of technology.

Andre Borschberg's record-setting flight from Japan's Nagoya Airfield to Hawaii is over, after he landed the sun-powered Solar Impulse 2 on Friday. The historic plane landed around noon at Kalaeloa Airport.

This leg of his flight — a five-day haul over the Pacific Ocean — was the most dangerous and difficult leg of his journey.

HE MADE IT! @andreborschberg just touched down in #Hawaii after a record-breaking flight! #futureisclean @b... https://t.co/WQWsRKiCEi

The Swiss pilot has beaten the record for endurance during a solo flight by two days. However, this was only the eighth leg out of 13. Another pilot, Betrand Piccard, will now fly the plane from Hawaii to Phoenix Arizona.

Solar Impulse 2's flight over the Pacific took such a long time because the plane doesn’t go faster than about 35 miles per hour.

The flight was originally delayed by nearly two months because of inclement weather, but Solar Impulse 2 was able to take off early on Monday morning.

John Hansman, a professor of aeronautics and astronautics at MIT, spoke to us on Monday and said conditions in the plane were punishing.

Borschberg withstood huge temperature fluctuations as the plane rose and fell as the battery charged and drained throughout the day. Because the cockpit wasn't pressurized, he has to rely on an oxygen tank. The plane is too small to be outfitted with a bathroom, so he used a hole in his seat. On top of all that, he wasn't able to sleep more than two or three hours at a time until he lands in Hawaii.

Feeling a bit lonely up there, but very excited about the rest of this flight, the moment of truth! pic.twitter.com/w3whafms2G

Hansman said this technology isn’t likely to change the way we fly commercially, but it could be used for long, unmanned flights in the future. He hopes that this flight will encourage more innovation in the aviation world.