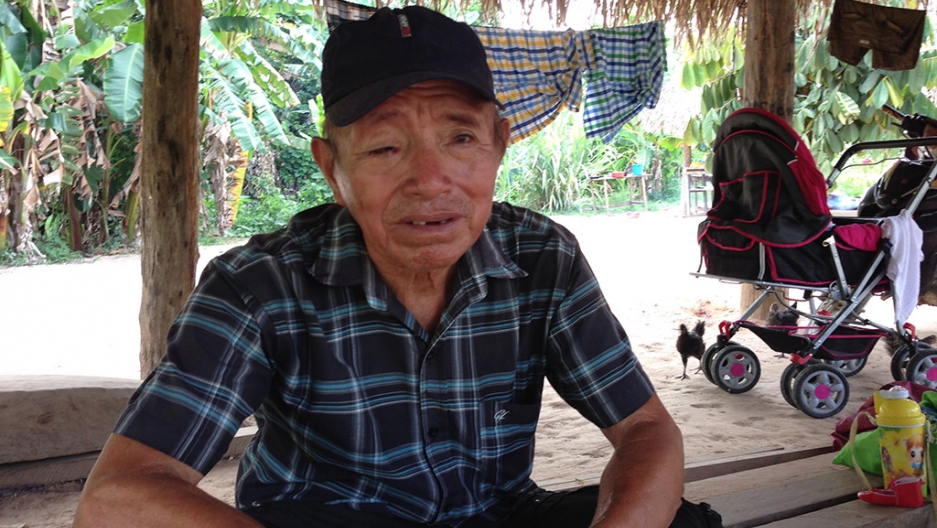 SANTA CLARA, Peru — “Every time a shaman dies, it is as though a book is burned,” says Jose Roque mournfully as he hacks through a vine with a machete.

The 63-year-old indigenous Shipibo healer is showing me around an overgrown jungle garden behind the traditional thatched-roof hut he calls home here in the heart of the Peruvian Amazon.

Roque has long been cultivating plants on this dense patch of rain forest to treat a host of ills, including headaches, nausea, inflammation, skin rashes and menstrual pains.

Once dismissed as primitive charlatans, medicine men like Roque are increasingly being recognized by scientists for their very real abilities.

Their skills and knowledge, acquired over thousands of generations spent experimenting with Amazonian wildlife, are now viewed as key to unlocking the rain forest’s vast potential to provide new pharmaceuticals — for everything from the common cold to cancer and AIDS.

Already five of the top 10 prescription medicines in the United States are derived from living organisms. For cancer drugs, the proportion is even higher, with three-quarters coming from biological sources.

And nowhere is richer in animal and plant species than the Amazon, the most biodiverse ecosystem on Earth.

Yet testing plants for potential treatments is a long and costly business. Only one of every 10,000 to 20,000 natural compounds screened by scientists ever becomes a drug approved by the US Food and Drug Administration.

That’s where native peoples come in, with their huge head start over Western medicine on identifying the jungle’s active compounds.

But younger generations here are increasingly rejecting their ancestral roots for a Western lifestyle. That means scientists are losing the shortcut of indigenous knowledge to finding the most promising natural substances in the world’s largest tropical rain forest.

During the 20th century, 90 tribes are thought to have disappeared across the Amazon, an area two-thirds the size of the contiguous United States. Some were wiped out by Western diseases to which they had no immunity. Others vanished as their members abandoned their traditional culture just to survive in the white man’s world.

In the last 15 years, the pace has accelerated as roads, logging, agriculture, mining and damming increasingly penetrate the jungle, says Michael Harner, a US anthropologist who has been studying Amazonian shamanism for more than 50 years.

“I am pessimistic. It is a very serious situation,” adds Harner, who founded the San Francisco-based Foundation for Shamanic Studies.

Protecting the Amazon jungle will not be enough. Culture must be maintained, too. This study of a Colombian tribe, led by a University of California, San Francisco expert, noted how their “healing tradition is a complex art of diagnosis, examination, communication, ritual and treatment, which cannot be ‘saved’” simply by preserving plants.

No one seems to know for sure how many medicine men still survive across the Amazon. But the scale of their natural cabinet is staggering. Just in the northwestern Amazon, locals use 1,300 different plants medicinally.

Mark Plotkin, a Harvard and Yale-trained ethnobotanist who’s spent three decades studying Amazonian medicine, is dismissive of claims that shamanism, the healing practices of native peoples, is just mumbo-jumbo witchcraft — or that Western science has all the answers.

“Amazonian natives have been using this stuff for thousands of years. Of course, they have observed whether it works,” says Plotkin, who leads the Amazon Conservation Team, a US nonprofit dedicated to preserving indigenous knowledge.

“The mistake that some people make is thinking that Indians know everything. Clearly, that is nonsense. But thinking that they know nothing is also rubbish. Western medicine is also full of holes. Where’s the cure for pancreatic cancer or acid reflux?”

Plotkin also skewers the accusation that native medicine, unlike its modern, scientific counterpart, is based on rituals and placebos.

“When you walk into a pharmacy in Lima, London or New York, the pharmacist wears a white coat. Why?” asks Plotkin rhetorically. “High street pharmacists haven’t been mixing medicines for a century now.”

Yet in the Amazon, indigenous healers, and their entire way of life, are simply unable to compete with modernity.

“It is very severe what is happening to our people,” says Roque. “When the young don’t learn and the old die, the myths die too. The few elderly people who still know our songs don’t dare sing them because they get laughed at.”

For Roque’s children and grandchildren, temptations to break with tradition are all around. They live in Santa Clara, on the outskirts of Pucallpa, one of Peru’s fastest growing cities. Their village was founded in the 1970s by missionaries who encouraged the Shipibos to give up their nomadic lifestyle and settle there.

No wonder towns like Pucallpa across the Amazon draw native youngsters from the surrounding rain forest.

Even Roque’s nephew Anibal Vazquez — who is enthusiastically learning shamanism, and proud to speak the Shipibo language in front of outsiders — seems torn.

Vazquez, 23, explains how his Chinese motor scooter is on its last legs, but he has no way of scraping together the 800 sols ($260) to buy another.

“The city’s full of pollution, corruption, robbery,” Vazquez says, as he tinkers with the engine. “If you don’t have money, you are lost. But here, you can go to the river to fish, or sow bananas. You are free here.”

Yet Vazquez notes how in the local forest, over-exploited by Pucallpa’s burgeoning population, his community can no longer find the palms they use to thatch their roofs, or the right kind of tree to make dug-out canoes.

There are alternatives, like corrugated metal or fiberglass hulls. But they cost money, which those living a traditional indigenous lifestyle simply don’t have.

Even for Amazonian Indians like Vazquez, who want to maintain their ancient traditions, that bind is propelling them into the cities in search of paid work.

Behind them, they are leaving aging medicine men without the chance to pass on their unique knowledge to the younger generations. “Not a single tribe that has gone extinct in the Amazon had anything written down,” Plotkin says.

Which is why, as Roque puts it, the loss of each shaman is equal to the destruction of a treasured book.