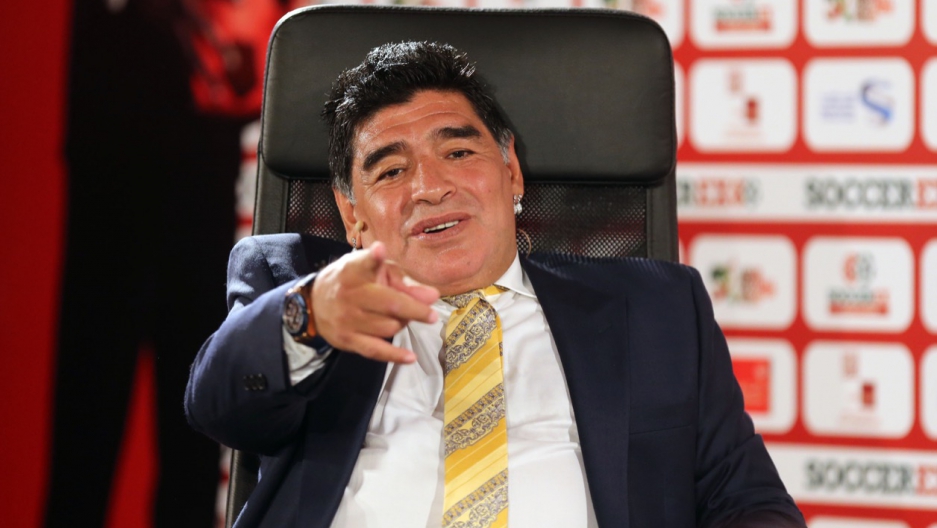 Soccer legend Diego Maradona at the Soccerex convention in Jordan in May 4.
Credit: Salah Malkawi
Share

He’s long been an outspoken critic of the sport’s governing body, labeling it a “playground for the corrupt.”

And given the global adoration of Maradona for his exploits on the field — like winning the 1986 World Cup almost single-handedly — he could make a strong run to take over Sepp Blatter’s job as FIFA boss.

The trouble is, that just might turn out to be a seriously bad idea. Here are four reasons why:

Horrendous money managing is at the heart of the corruption scandal that’s gotten soccer executives arrested and forced FIFA head Blatter to step down later this year. Tackling it will need a president with impeccable credentials for having morals and accounting skills. Unfortunately, these are not Maradona’s strong suit. Perhaps the highlight of his chaotic personal financial affairs was the 2013 freezing of his assets in Italy, where he had played from 1984 to 1991, over an alleged unpaid tax bill of $53 million.

This one could be a strength or a massive weakness, depending on how you look at it. Maradona’s own issues with performance-enhancing and recreational drugs are notorious. He was suspended for 15 months in 1991 after testing positive for cocaine, a substance with which he’s had a long battle. And he was expelled from the 1994 World Cup after testing positive for ephedrine. That moment rivals cyclist Lance Armstrong’s loss of his seven Tour de France titles and sprinter Ben Johnson’s abrupt disqualification from Olympic gold as the highest-profile doping case ever in sports. Arguably, it makes a repentant Maradona the perfect champion for clean athletics. But were he FIFA president Maradona might never be able to escape memes of him amped up after scoring against Greece, in one of his last-ever World Cup games, just days before testing positive.

Fan violence at soccer games remains a serious problem from Russia to Maradona’s home country. Any head of FIFA would need to be seen as being committed to eradicating it, never mind having no violence on their own record. Again, that wouldn’t be Maradona. He’s lashed out at the press numerous times, even once firing a BB gun at a photographer. Here he is in one of his many scuffles with fans and the media. That was at a “Match for Peace” in Colombia. As if that wasn’t enough, he’s also been accused of domestic violence.

And that brings us to the final detail that just might make Maradona a less-than-ideal FIFA president: his lifelong knack for staggeringly offensive public remarks. He called Brazilian soccer legend Pele a “homosexual,” and the late Afro-Cuban salsa singer Celia Cruz an “orangutan.” In the 2010 World Cup, as manager of Argentina’s national soccer team, he even celebrated victory over Uruguay by telling sports journalists, who had previously questioned him, to “take it up the ass.” He then grabbed his crotch and added that the media should “suck it.” All of which, you might think, does not exactly add up to the kind of decorum required of a sports official who regularly hangs out with presidents and prime ministers.