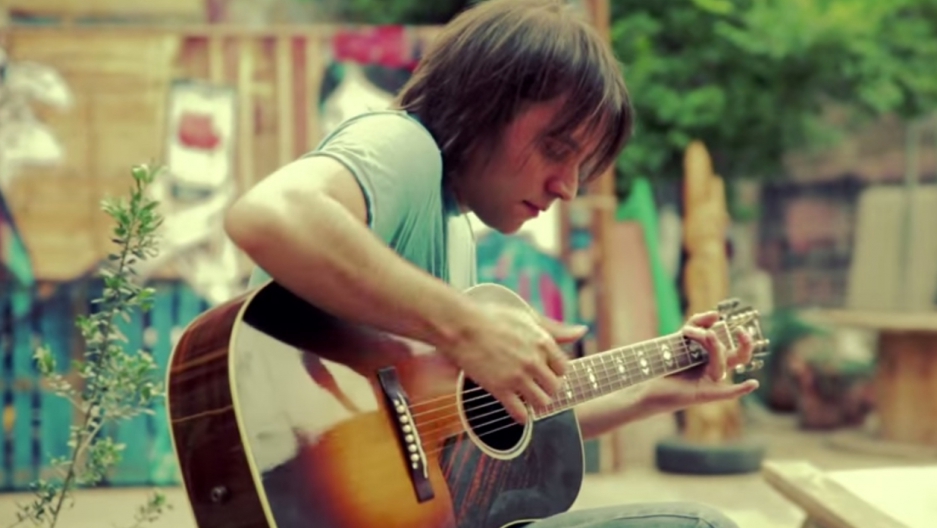 Michael Jackson is alive and he lives in an acoustic guitar.

That's the only explanation for how Miguel Rivera, a guitar teacher in Madrid, can do what he does with six strings.

On June 22, Rivera uploaded a video of himself playing Michael Jackson's "Beat It" on YouTube, and it's glorious.

Now, granted, YouTube is overflowing with Michael Jackson covers. Most fall somewhere on the spectrum of terrible-to-okay. But a very few are truly remarkable, like this version of "Smooth Criminal" by a Croatian-Slovenian cello duo called 2Cellos.

The thing that makes Rivera's cover great is that he manages to use a rapid-fire combination of drumming, slapping, tapping, plucking, and strumming to play all the song elements at the same time: vocal melody, lead riff, and drum and bass lines.

Visually, it's mesmerizing, but the musical effect is harder to describe.

So you'll just have to watch: