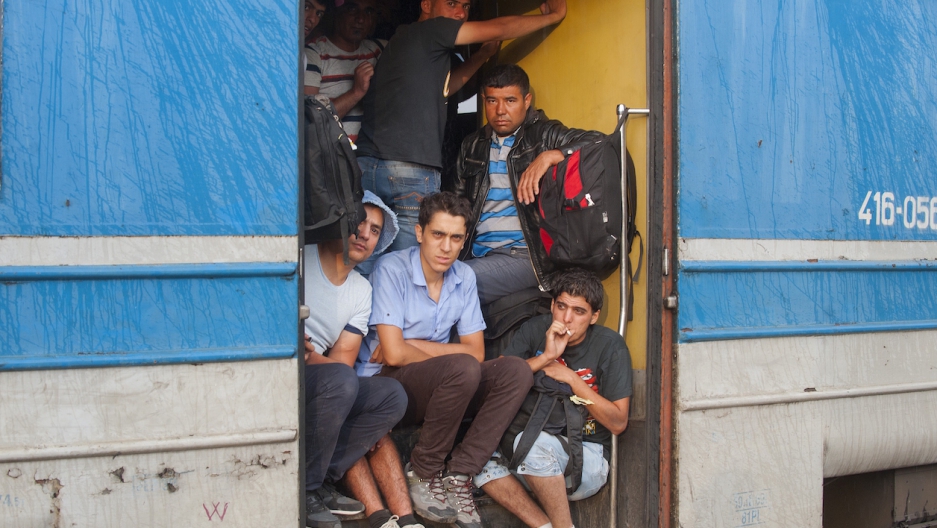 Migrants look out from a coach footboard at a train station in Veles, central Macedonia, on June 20, 2015, on their way North to the Serbian border. Macedonian lawmakers recently amended the country's asylum law in a bid to better cope with the thousands of migrants who have been pouring in the Balkan country, heading toward the EU.
Credit: ROBERT ATANASOVSKI
Share

BELGRADE, Serbia — The European Union's reluctance to embrace the Balkans is producing some grim humor among pro-Western Serbs.

"Most of us think that the EU will no longer exist by the time it's ready to let us in," jokes a government official worried about the potential exit of Greece and Britain from the bloc.

Frustration at the slow pace of membership talks and concern about the EU's future is widespread among those in the Balkans who see joining the EU as a way to bolster economic opportunities, clean up government and anchor their countries in Europe's democratic mainstream.

The EU, however, is in no hurry to open up.

European Commission President Jean-Claude Juncker declared a freeze on bringing new members into the bloc after he was elected last year.

"Our citizens need a pause from enlargement," Juncker insisted. "No further enlargement will take place over the next five years."

His statement was largely symbolic — membership negotiations typically take over a decade to complete and none of the official candidates will be ready to join in five years.

Yet by putting expansion on the back burner, many fear the EU risks leaving the Balkans in a dangerous limbo.

Analysts warn that unless citizens see rapid progress toward the benefits of EU membership, countries in the region risk sliding back toward instability or authoritarianism.

"The region is a volatile mix of rising nationalism, deep economic frustration, and disillusionment about progress toward membership," argues Dominique Moisi, senior adviser at the French Institute for International Affairs.

"The potential for a plunge into chaos obliges us to consider once again how best to handle the Balkan tinderbox," he wrote recently for Project Syndicate.

In recent weeks, political unrest and ethnic tensions in Macedonia have sounded alarm bells for Europe's politicians on the dangers of neglecting the Balkans. 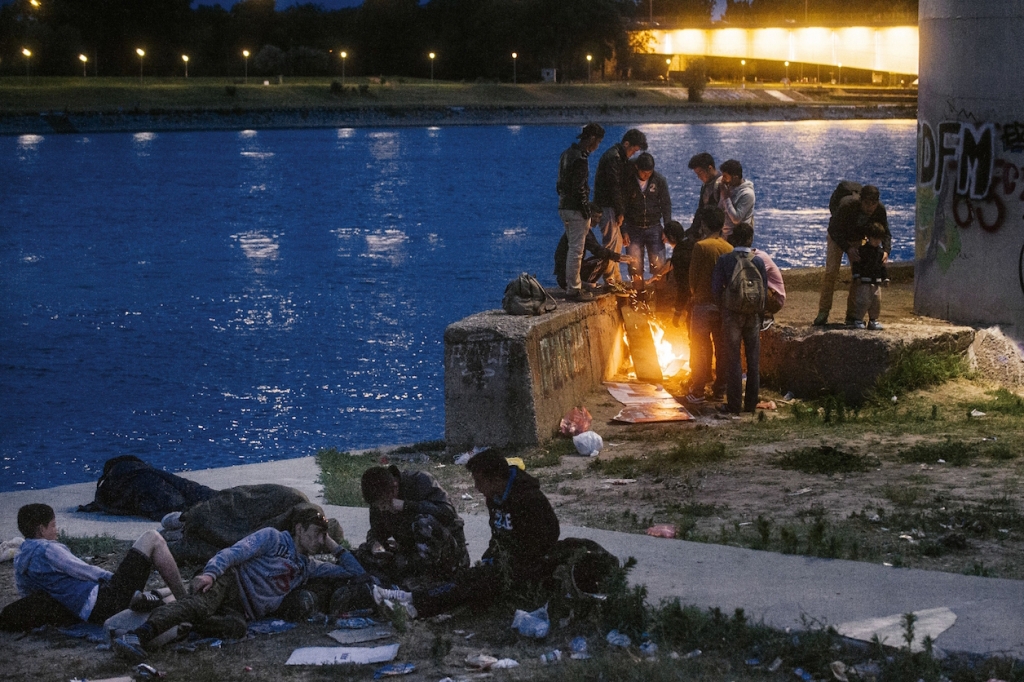 Migrants gather around a fire under a bridge on a riverbank in Belgrade on June 19, 2015, as they rest on their way to the Hungarian-Serbian border. Hungary said on June 17 it was building a 13-foot fence on its border with Serbia to keep out migrants.

The violence came as political pressures in Macedonia are close to bursting point. Mass protests are demanding the resignation of Prime Minister Nikola Gruevski over a massive phone-tapping scandal that has heightened complains of electoral fraud and authoritarianism.

The EU has acted fast to defuse the tension, brokering a deal for early elections and working alongside the United States to try to bring rival politicians into a transitional power-sharing deal.

EU Neighborhood Policy Commissioner Johannes Hahn has warned Macedonians that overcoming the crisis is essential to keeping alive hopes that the country of 2 million could join the EU and NATO.

Yet many Macedonians have become cynical about the West's commitment after years of efforts to draw closer have been thwarted by EU member Greece. Athens objects to the name of its northern neighbor, claiming it implies a threat to a Greek province also called Macedonia.

That’s not the only concern.

Ethnic and religious divisions continue to warp Bosnia's politics 20 years after the war that tore it apart.

Kosovars made up over a quarter of the 185,000 asylum seekers who poured into the EU over the first three months of this year. They far outnumber refugees from Syria or Afghanistan.

Kosovo remains an economic black hole 15 years since it declared independence from Serbia. Fleeing unemployment at over 35 percent, Kosovars made up over a quarter of the 185,000 asylum seekers who poured into the EU over the first three months of this year. They far outnumber refugees from Syria or Afghanistan.

It's Serbia, however, that is emerging as the key test to the region's future.

Shunned as a pariah by the West during the Yugoslav wars of the 1990s, the country was granted EU candidate status last year but has been disappointed by delays to opening membership negotiations.

"Serbia has one strategic objective and that is EU membership," he told a visiting German delegation.

Yet the EU has a persuasive rival for Serbia's affections.

Russian leader Vladimir Putin visited Belgrade last year and has been stressing the historic, religious and cultural links between Serbia and Russia. 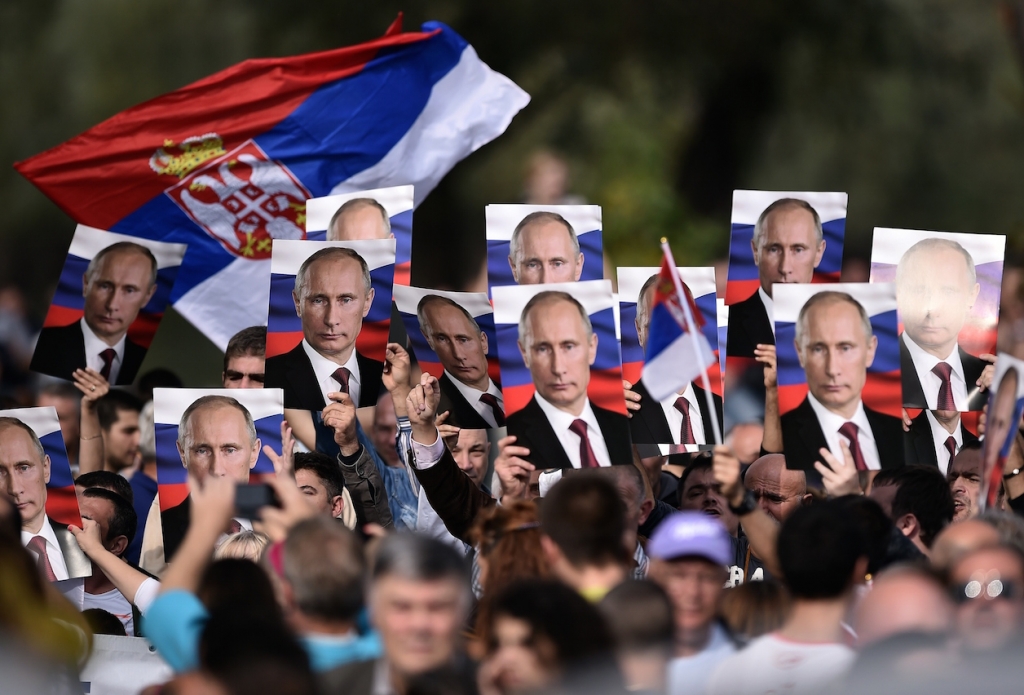 A spectator holds a poster showing Russian President Vladimir Putin ahead of a military parade in Belgrade on October 16, 2014.

Putin backs Serbia diplomatically over Kosovo and supports the Serb minority in Bosnia.

If the EU keeps the Balkans waiting, Putin could be quick to take advantage, in Serbia and elsewhere in the region.

Croatia joined the EU in 2013 as the 28th member. Together with neighboring Slovenia, which entered in 2004, it has become a vocal advocate for speeding up negotiations with other Balkan nations.

Supporters say the expansion of the EU to include former communist countries from central and eastern Europe is the bloc's most successful program in recent years, ensuring their peaceful transition into successful, Western-aligned democracies.

"If Poland had not entered the European Union, many more people would be out of work, we would be earning less, and the Polish economy would be developing at a much slower pace," the Polish government declared on the 10th anniversary of its joining last year. 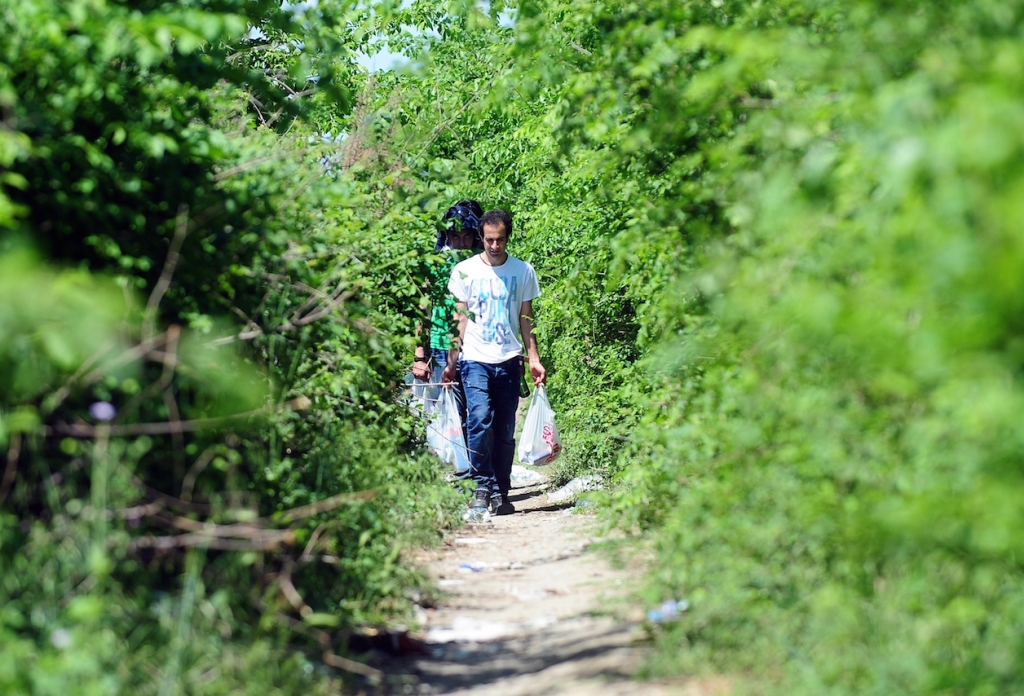 A group of migrants walks on a back road close to the railway line near the Macedonian-Greek border in Gevgelija on May 5, 2015. Migrants from impoverished and war-torn countries in Africa, the Middle East and central and south Asia walk through Macedonia along train lines to reach Serbia as they head north from Greece in the hope of crossing the European Union border into Romania, Hungary and Croatia.

Britain's tax revenues were swelled by a net contribution of $8 billion from migrant workers from eastern Europe over the past decade, a study showed last year.

Yet adding new members to the EU remains unpopular in many Western European countries.

Once an enthusiastic supporter of EU expansion, British Prime Minister David Cameron now wants to roll back free labor movement rules after euro-skeptic complaints over the level of immigration from the east.

Juncker was tapping into popular sentiment when he announced his five-year pause, but the EU will have to decide if closing the door on the Balkans is worth the risk of more instability in its backyard.