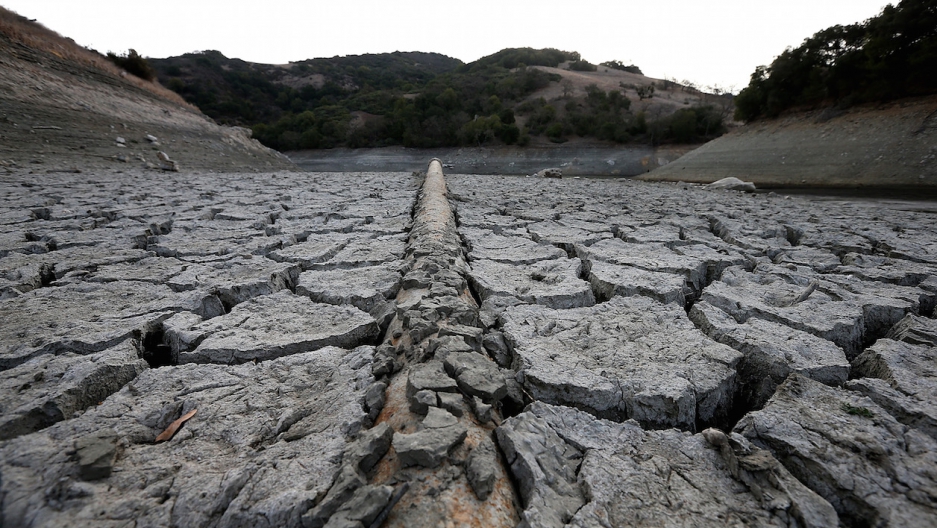 Three weather-related catastrophes could be all it takes to throw the world’s food supply into chaos, according to a study by Britain’s Anglia Ruskin University, commissioned by insurance giant Lloyd’s of London.

Lloyd’s imagined a hypothetical scenario in which the Earth was hit simultaneously by a heat wave in South America, a wind-borne plant pathogen and a strong warm phase of the El Niño Southern Oscillation cycle.

Those back-to-back disasters could lead to giant drops in production worldwide — 10 percent in corn, 11 percent in soybeans, 7 percent in wheat and rice.

Those shortages would spike prices — in the case of rice, as much as 500 percent — leading to food riots and civil unrest.

It’s a precarious moment in the world’s food supply. The Food and Agriculture Organization has estimated that global food production needs to double from 2009 levels by 2050 to keep up with demand. At the same time, climate change is threatening growing patterns and water availability.

But take the report with a grain of (threatened?) salt. Lloyd’s helpfully notes that while foodmageddon may mean death and privation for millions, it’s also a nice business opportunity for insurers — like Lloyd’s.

“A severe shock could motivate individuals and businesses to address gaps in their risk management,” the report noted. “As such, global food supply shock could also represent a substantial opportunity for insurers.”

The model was created by a team at the Global Sustainability Institute at Anglia Ruskin University in Cambridge, England. The same team ran a model earlier this year that found that if global consumption habits continue with absolutely no change, the entire fossil fuel economy could collapse by 2040.

Basically, it’s the end of civilization as we know it.

Now, before you cash out your retirement savings and stock up on canned goods, we should point out here that the study’s authors aren’t saying the world is going to end in 2040, or even that it’s likely to.

That’s just the earliest date the fossil fuel-based economy could cease to function if things continue as they are — no interventions, no new technologies, no massive humanity-wide wake-up call.