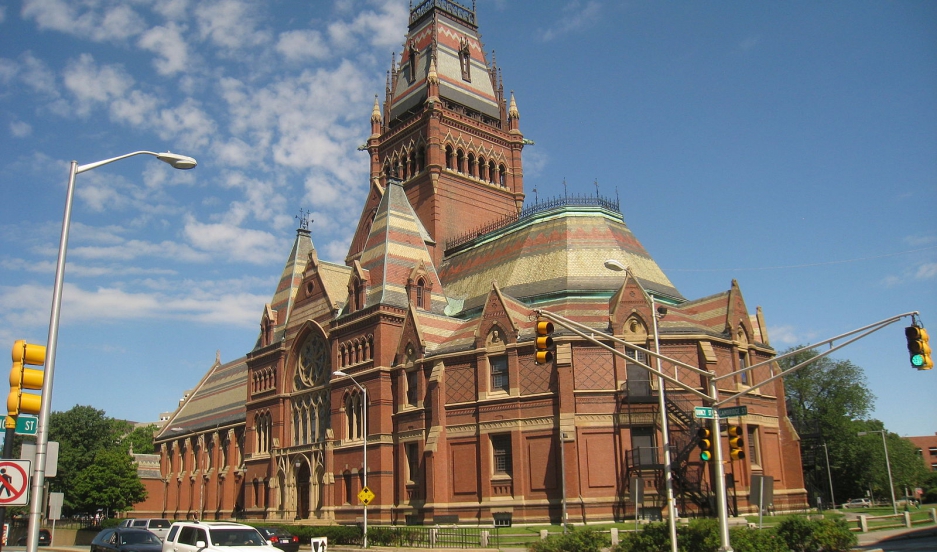 In terms of inventions we owe to World War II, such as nuclear power or the jet engine, a group of phrases developed in the boiler room of Harvard’s Memorial Hall as part of an effort to test military communication systems is probably one of the least well-known. But they influence us in our daily life, every time we pick up a cell phone or place a VoIP call.

The phrases, called “Harvard sentences,” are phonetically balanced, in that they contain the full range of sounds used in everyday speech, making them perfect to test how we hear in loud places or over long distances. You can find a list of 720 sentences, and a tool you can use to create "poetry" with them, below.

So what does phonetically balanced mean? Just as the phrase “The Quick Brown Fox Jumps Over A Lazy Dog” is used in typing class because it contains every letter in the alphabet, the Harvard Sentences are used to test audio because they contain a full range of sounds you’d hear in typical sentence.

"There's hundreds and hundreds of these," says David Pisoni who directs the Speech Research Laboratory at the University of Indiana. Pisoni is familiar with the Harvard sentences and uses them in his own research. "If you want to know how well someone can understand speech, you give them a list of Harvard Sentences and typically they just say them back to you."

Real-life Verizon engineers use a machine playing Harvard sentences on a loop to test their quality of their network, and not a guy with glasses asking “Can you hear me now,” ad infinitum. After World War II, some of the same scientists from that basement lab who explored how the military might hear better in loud spaces, used the Harvard sentences to develop devices for returning soldiers with hearing loss. It was the beginning of the field of audiology as we know it. Today they're still used to test things like cochlear implants. Software developers use them, too. Basically anyone who needs a giant list of phrases.

While their actual meaning is insignificant, they can have a certain, poetic quality.

"A lot of these are kind of very prosaic and scenes from domestic life, 'Cats and dogs each hate each other,' "The birch canoe slid on the smooth planks,'" and every once in a while you get a really deep one, like 'Birth and death mark the limits of life," says science writer Sarah Zhang, who recently told the story of Havard Sentences for the tech site Gizmodo.

Because we like having fun with words, the crew here at World in Worlds started trying to arrange the phrases to create mini “poems,” a kind of Harvard Sentence Magnetic Poetry.

Stop and stare at the hard working man.
He said the same phrase thirty times.
We find joy in the simplest things.

We figured you all might also enjoy this kind of geeky fun, so we created a tool that allows you to search and arrange Havard Sentences to create your own “poems.” The search tool makes it easier, as you can find phrases with similar themes or ideas that can be strung together — like a phrase with “river” can be followed by one with “water,” for example, as in: "The source of the huge river is the clear spring. The fin was sharp and cut the clear water".

Try your hand and send us your compositions using the widget below. We’ll share our favorites on a future episode of the World in Words podcast and at PRI.org.

Here are a few found poems, curated and preformed by some of you: