The Old Library on Keio University's Mita Campus. Less than a third of students at Japan's top three universities are women.

Japan has one of the lowest rates of working women in the developed world.  Economists forecast that the country’s lackluster GDP could jump by 12.5 percent if more women joined the workforce. So the government now officially cares about fixing the gender gap.

But Japanese companies still often expect and pressure women to quit once they’re married or pregnant, there’s not enough support for working mothers, and women are often still expected to fulfill traditional “serving” roles at work.

But the fact is, these problems don’t start in Japan’s work world; often they begin earlier and are heavily reinforced in higher education.

I studied abroad in Japan more than a decade ago during college. One day my fellow female students asked me matter-of-factly, “When you get married, will you continue to work?”

I was studying abroad at Keio University, one of the country’s most prestigious, a place that was supposed to be training the next generation to take over and change things. In the months that followed, that question wasn’t the only thing to surprise me about gender relations and attitudes at an institution whose graduates disproportionately occupy the halls of power in Japan.  Recently, I began to wonder, how much have Keio and schools like Keio changed in the last decade since I graduated?

Now, there’s something you should know about college in Japan. You study hard to get in, especially to a place like Keio, but once admitted, you’re basically guaranteed to graduate. Employers rarely look at grades. For most students, instead, college represents the last chance to party before entering an intense work world. They may or may not go to class, but they do spend a lot of time at their part-time jobs and importantly, with their clubs, or ‘circles’ as they’re known. Circles often define the college experience in Japan. 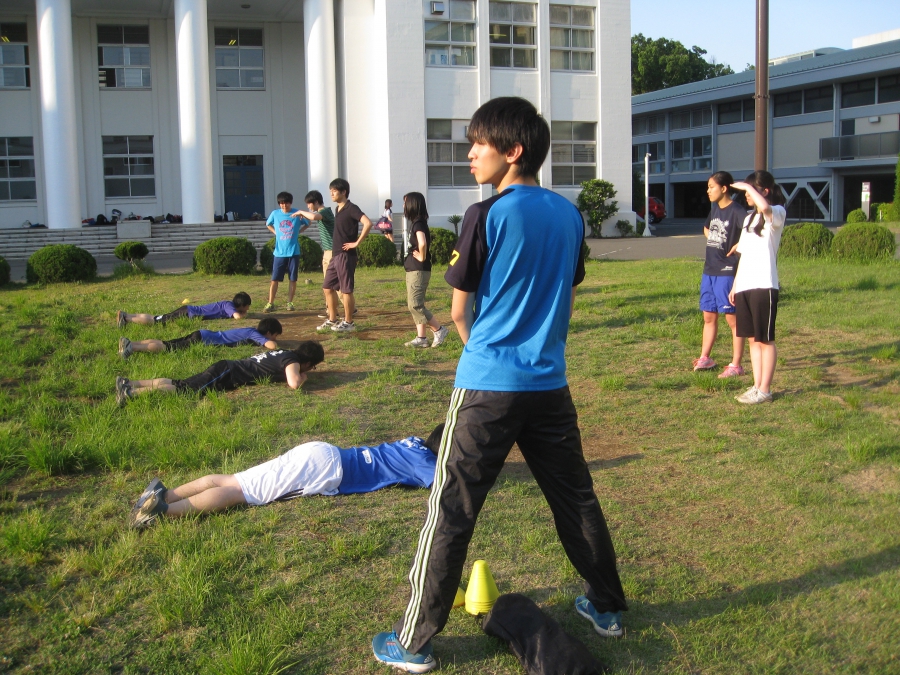 The Ski Circle works out on Keio University's Hiyoshi Campus.

At Keio’s Hiyoshi Campus recently, I meet up with freshman Komugi Honda. This past April, Honda was trying to decide what circles she should join. She decided on one devoted to futsal, an indoor soccer-type sport. The students in charge told Honda: “Girls have to make lunch. And make sure to bring enough for the boys.”

“I was really surprised, but for the other girls in the circle, it just seemed like the natural thing,” Honda says. She decided not to join the futsal circle.

Mariko Kiya didn’t think twice when one of her circles told the girls to make lunch, but Kiya, who’s now a junior, has also been re-evaluating gender roles on campus. Earlier this year, when she was having dinner with her seminar class, she was helping to serve food.

“I was taking meals for everyone, right? And I hated the mentality that the guy next to me, same age, same grade… He didn’t help out. He was just like, ‘Sugoi. Joshiryoku takai na.’”

Joshi-ryoku, as the male student put it, means ‘feminine powers.’ He was telling her she got high points for serving. The word is usually used as a compliment, but Kiya was fed up.

“I gave him the look— dead on for a minute. ‘Are you kidding me? If you have enough time to compliment me, move your a** and help me out!” 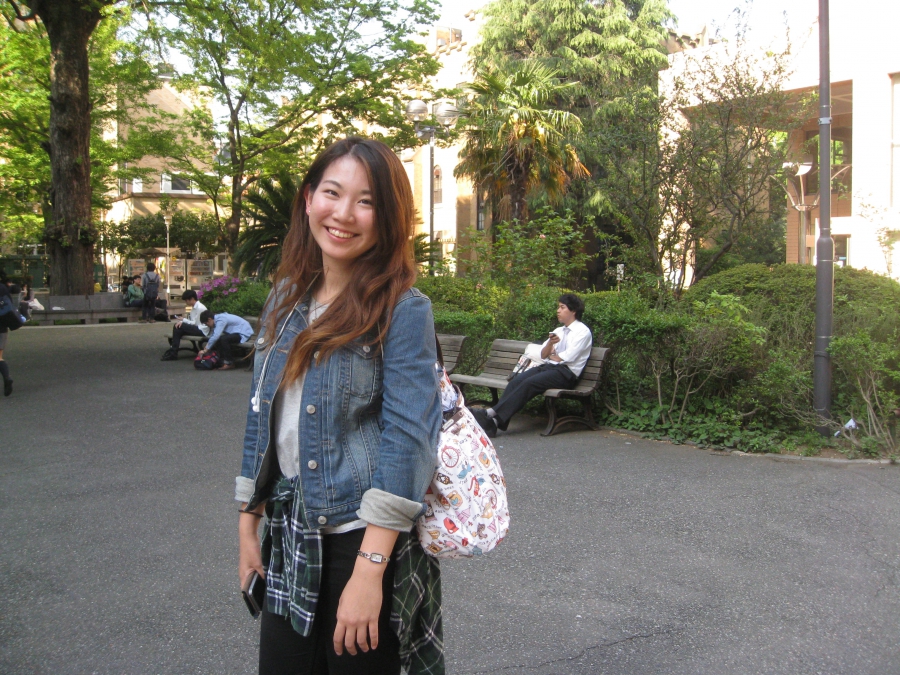 This kind of thing is not happening in every circle, seminar class, or party, but it is surprisingly common. What’s unusual is that Honda and Kiya notice and think there’s something wrong with it. To many students, it’s almost too normal to be noticed. Sometimes to Kiya, too.

“Sometimes I don't even realize how things are sexist until someone points it out to me. And then I’m like, ‘ugh. That’s awful.’”

Mariko Kiya has had progressive professors, but it doesn’t help that on occasion she’s also heard profs say things like, “There are a lot more men in the workforce, because women have to give birth.”

Keio University, Waseda, and Tokyo University are considered the top three schools in Japan.  And women make up no more than a third of the students at any institution. Keio has a reputation as being more conservative, but it’s not the only elite school with these problems. Early in 2015, students at Tokyo University published a highly popular “Encyclopedia of Beautiful Girls of Tokyo University” to show that Tokyo girls don’t just study; they’re cute, too.

Women also say sexual harassment is a known problem across the university system.

Professor Satoko Nagaoki, who teaches one of Keio’s sparse classes on women’s studies, says that even if individuals come forward or cases come out, problems are rarely dealt with well. “The university thinks that hiding problems is the best way to protect its long-term interests,” she says

A recent case between students was handled inappropriately, because male faculty in charge of punishment didn’t understand why the “sexual” part of the crime was a problem that even needed to be addressed. Keio University has both an Office of Sexual Harassment and of Gender Equality, both declined to speak with me

Wakana Inoue, a sophomore at Keio, says for her, the problem is more cumulative: the little comments and expectations that add up and over time. She says when she tells friends she’d like a future that includes work and kids and a husband who’s supportive of her, her friends respond sarcastically with “You’ve got high expectations.”

For Komugi Honda, the freshman who was surprised at her circle’s blatant request for her to make lunch, working is the only option. She says she knows the atmosphere for women at Keio reflects more the norms of Japanese society. But that doesn’t mean she wants to adopt them as her own.

“I just hope that after being in this culture for four years, that I don’t start to think that this is the natural way things should be,” she says. 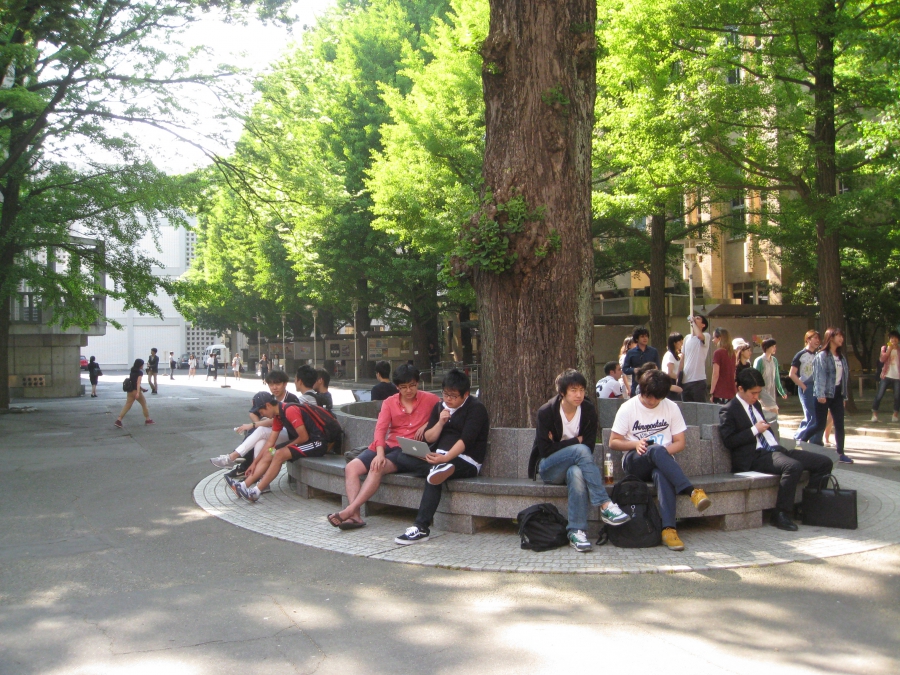