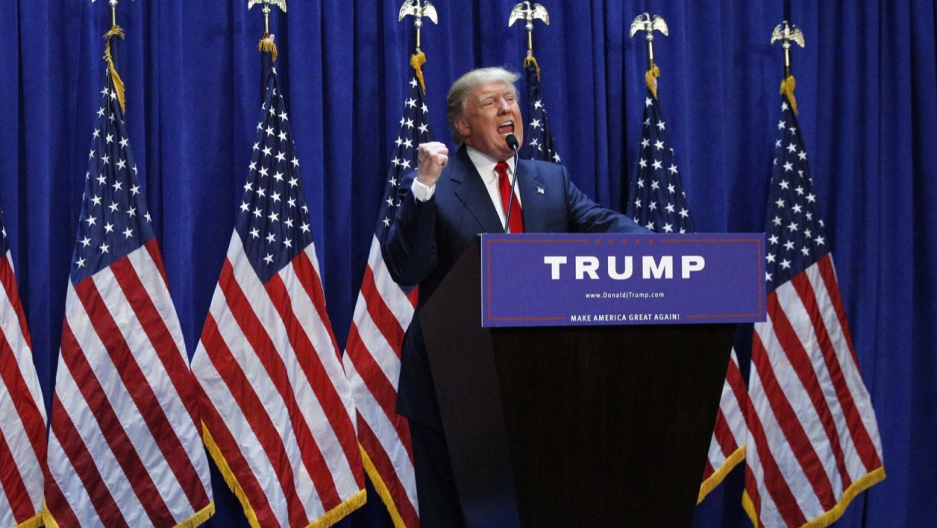 MEXICO CITY — While billionaire Donald Trump is an expert in the world of business, it looks like he has a steep learning curve when it comes to diplomacy.

By just declaring his intention to run for president on June 16, he managed to start a minor spat with Mexico.

To rocking guitar music, the white-haired, red-faced tycoon slammed migrants and promised to build a wall — and have Mexico pay for it.

To politicians south of the Rio Grande, it was a red rag to a bull.

Trump has “a profound ignorance of the reality in Mexico and the migrant contribution to [US] society,” Meade said. Trump's comments “reflect prejudices … a politician that does not know reality does not have good prospects.”

Mexico’s undersecretary for North America, Sergio Alcocer, also chipped in, saying that Trump was deluding himself.

“The worst scenario for a politician is to fool themselves about reality, and the reality is that Mexicans contribute significantly to the society and economy of the United States,” Alcocer said.

More than 11 million Mexican citizens live in the US, along with millions more Americans with Mexican roots.

Mexico is also the US's second top trading partner after Canada. In 2014, the US exported $240 billion worth of goods to Mexico and imported $294 billion from it, according to government data.

It’s not the first time Trump has bashed Mexico. Back in February, he was angry that Mexican director Alejandro Gonzalez Iñarritu won best picture for “Birdman.”

“It was a great night for Mexico. This guy kept getting up and up and up. What’s he doing? He’s walking away with all the gold? Was it that good? I don’t hear that,” Trump said on "Fox and Friends." (He didn’t say if he had actually watched the film).

But Trump’s latest comments have also caused some chuckles south of the border. The website El Deforma, the Mexican answer to The Onion, greeted them with this cartoon, titled “Jurassic Trump,” showing the billionaire with a whale’s body, trying to eat a little Mexican fish.