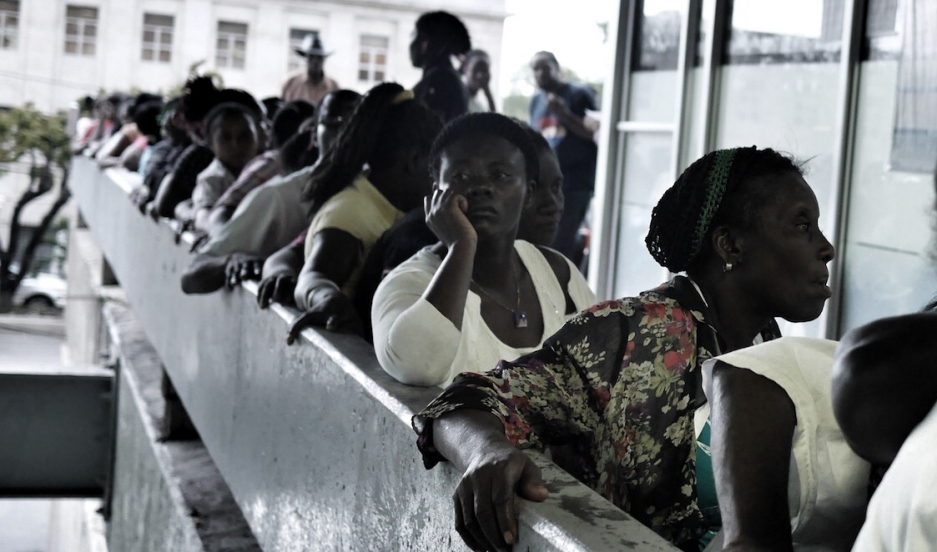 The waiting line at El Huacal, the government building in Santo Domingo where undocumented Haitians (and Dominicans of Haitian descent) have come to "regularize" their status.

It is the final day Haitians could receive residency documents allowing them to remain in the Dominican Republic permanently or else be deported.

In 2013, the Dominican Republic Supreme Court ruled that anyone born to non-citizens, even as far back as 1929, must have legal residency papers or else they will be expelled.

The law will have a huge impact on those of Haitian descent as they represent the largest group of foreigners in the country. They left Haiti escaping political violence or seeking better jobs and many ended up working in the sugar cane and construction sectors.

"The Dominican Republic is a poor country, but not as poor as Haiti," says reporter Josh Jelly-Schapiro. "The estimates are there are...half-a-million Haitians here working who may not be documented.  So how this will work in practice is really a confusing, because if they were to deport every Haitian who is undocumented that would not be good for the Dominican economy,"

Jelly-Schapiro has been reporting from the capital Santo Domingo where he says immigrants have been lining up for days to get the papers so they can remain in Haiti. One problem they face, he says, is that many of the Haitians may not own birth certificates or passports and that is posing a frustrating challenge for many of them who were born in the Dominican Republic or have lived there for decades.

RELATED: The long history of Dominican antipathy toward Haitians