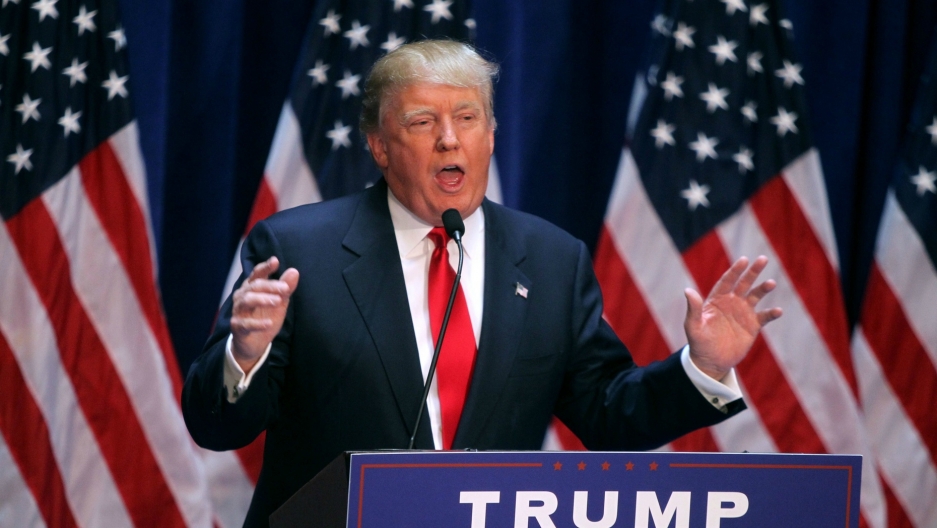 For many, many years, the real estate developer and reality television star Donald Trump has threatened to run for President of the United States. This week, he finally did it. It's a gambit that blurs the lines between politics, entertainment, reality and fantasy as never before. As "a student" of Trump for a quarter of a century, Kurt Andersen couldn't help but wonder: in what sense is this really a presidential campaign instead of a campaign for more attention?

For Lawrence O'Donnell, host of MSNBC's The Last Word with Lawrence O'Donnell, the answer is clear, "This is not a campaign for the presidency, this is the Donald Trump Campaign to Remain Famous." With the future of The Apprentice uncertain, even before talk of running surfaced, O'Donnell believes Trump needs the attention of a presidential bid. "Fame is probably at least as important to him as money."

O'Donnell says "there's nothing plausible" about Trump or his candidacy. "He's the single most unpopular candidate to run for president in the history of American polling --- 59 percent say, 'there are no circumstances in which I would vote for this man.'" But even though Trump "looks at that number and understands there's no amount of money that can turn that around," he is well-known enough that he could still make the cut for the first Republican Primary Debate on August 6th. The performance element of the debates will work in his favor. "He'll say something funny --- and very few of the rest of them will ever be able to do that on the debate stage," says O'Donnell. "And then here's the other really crucial element of a Trump campaign --- nothing matters and everyone knows it, and so when Trump says something insane it will not be held against him."

Journalists and comics are having a field day with Trump's announcement. But will there come a point when the news media tires of him and stops paying attention? No, according Lawrence O'Donnell. "I watched his speech and it is the most fun I have had watching a political speech in as long as I can remember," says O'Donnell, "and that night was the easiest version of my show that I have ever done --- play Trump, laugh, and talk. It's gonna take me a while to get tired of that."