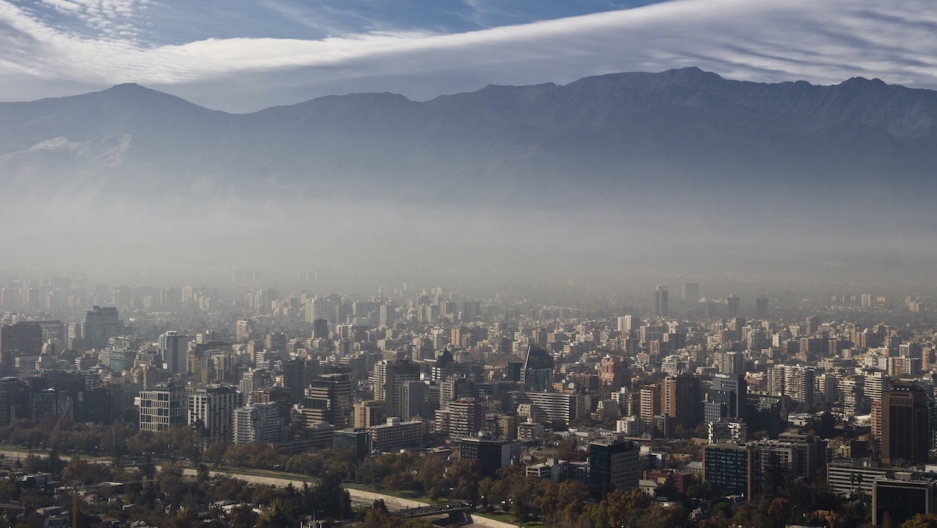 The mad rush home from work early — triggering traffic jams — to light up the barbecue, crack open a beer, and watch the national soccer team bid for glory.

Except that at this year’s Copa America, South America’s top soccer tournament, locals are being urged to think twice, for the health of fans and players.

The capital Santiago and three other host cities in Chile have been wracked by air pollution problems since the World Cup-style competition kicked off on June 11.

That’s due to a number of factors, including diesel vehicles, smokestack industry and, above all, widespread — and partially prohibited — firewood burning. Santiago’s geography, at the bottom of a valley where air gets trapped, hasn’t helped either.

But the fact that most Chileans are soccer-crazed, especially as a golden generation of local players goes for broke on home soil, has only made the problem worse.

In fact, on Tuesday, the day after Chile’s 3-3 humdinger draw with Mexico in Santiago’s National Stadium, the Chilean Environment Ministry declared a “pre-emergency” in the capital as a result of the high levels of air contamination.

That kept 300,000 vehicles off the road and forced the closure of 800 factories.

Fortunately, there was no game scheduled in Santiago for Tuesday. One expert, professor Luis Diaz at the Universidad de Santiago de Chile, told GlobalPost he would have refused to play during the pre-emergency because pollution levels were just too harmful.

Yet the authorities insist that the games will go ahead no matter how bad it gets.

By Wednesday, things had calmed down, a little, with air quality once again being officially described as “regular.”

“That’s better,” Diaz said, “with particle levels within the limits, but it’s still not exactly healthy.”

Now, with Chile due to face off against its neighbor and bitter rival Bolivia in the same stadium at 8:30 p.m. Friday — smack in the middle of prime-time — locals are being urged again to cut back on the barbecues.

“These are international games and we are trying to make people aware that Chile needs to leave a good image,” Diaz said. “There needs to be more enforcement but we also need people to understand that it is for their own benefit and that of their children too.”