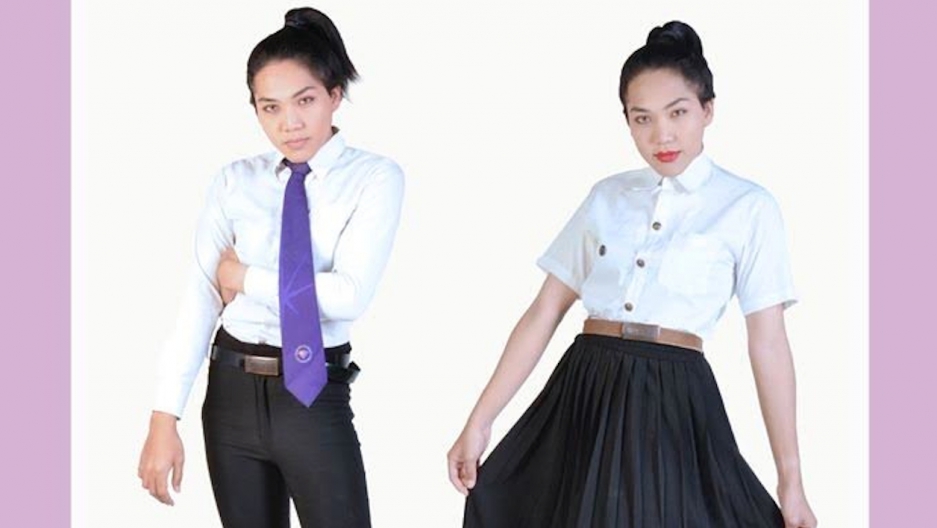 Two "ladyboy" options presented by the university.
Credit: Bangkok University
Share
BANGKOK, Thailand — Getting dressed for class is straightforward for university students across much of Asia. By school decree, guys wear slacks, girls wear skirts and both wear white button-up shirts.
It’s less simple for transgender students. They often face a choice between violating gender-based dress codes or violating their sense of self.
But one of Thailand’s top universities has a refreshing solution.
As long you don’t dress like a slob, the school says, you can wear whichever uniform you like.
Bangkok University — Thailand’s oldest private college — recently rolled out guidelines for appropriate dress under four categories: boy, girl, “tomboy” and “ladyboy.”
Under these rules, any student can pick between female or male uniforms with no repercussions. There are still rules: don’t wear flip flops, don’t show too much skin and tuck in your shirt. If you choose to wear the male uniform, sport a tie. If you choose to wear the female uniform, wear a dress that hangs below the knees.
“We’re ready for our transgender students to come and learn,” the school explains on its Facebook page. “Just dress in a neat fashion.”
The university posted these images as guidelines: 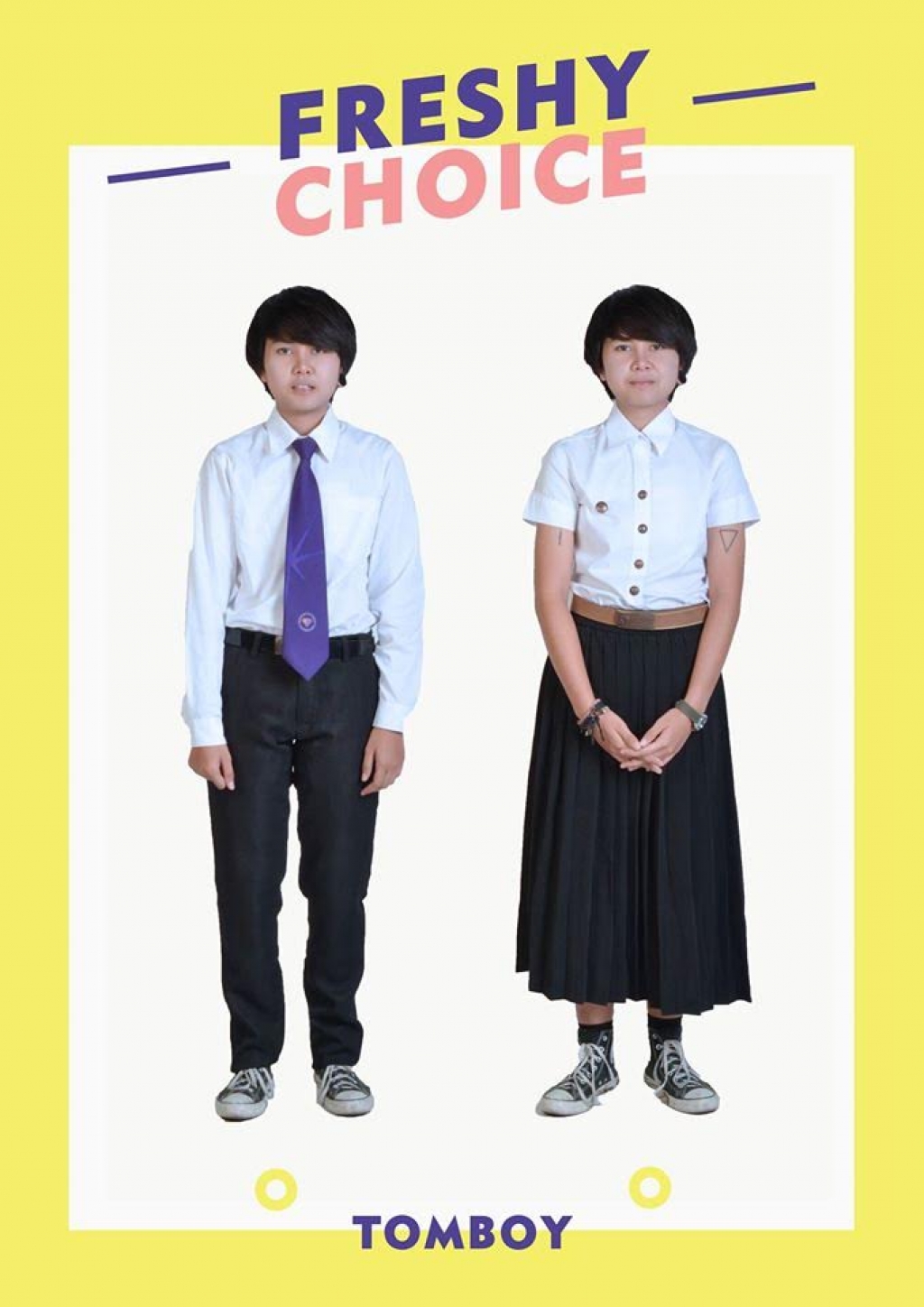 The word “tomboy” carries a different connotation in Thai culture. The word “tom” in Thai can be loosely translated as “butch lesbian.” A “tom” isn’t necessarily transgender; she may present traditionally male characteristics without considering herself to be male. 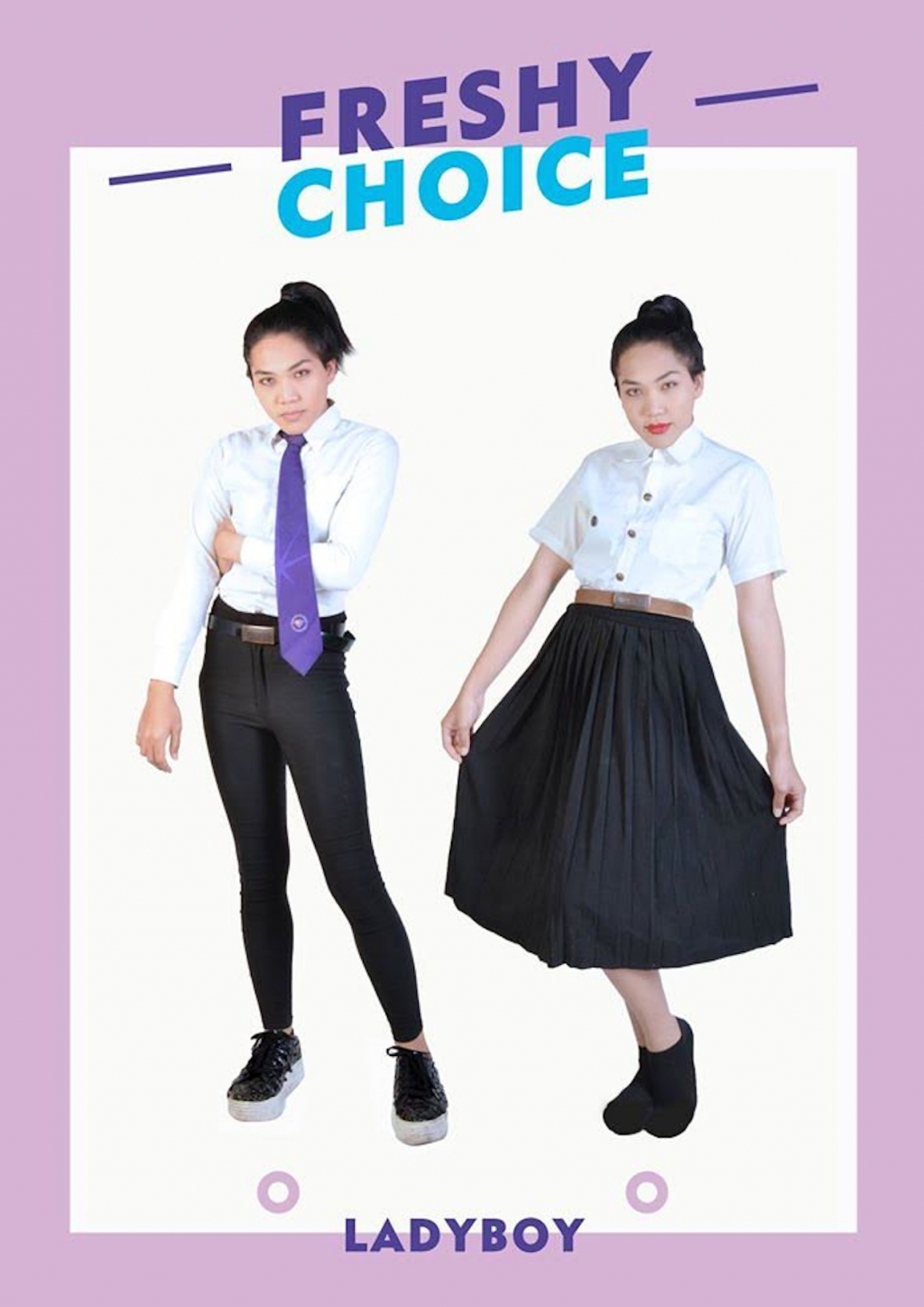 The "ladyboy" option.
Also, the belittling-sounding “ladyboy” isn’t the go-to word for a transgender woman in Thai society. (And when it is used, it's not generally derogatory.) That would be “katoey,” which has a mostly neutral connotation unless the person saying it is trying to be vulgar or demeaning.
This dress code is significant in that a prominent Thai university is openly inviting transgender students to come as they are. But for most transgender students at Thailand’s public universities, the rules on uniforms are still an ambiguous mess.
Many transgender students find acceptance at school. They encounter professors who address them by their preferred pronouns. They wear their uniform of choice with no resistance from the faculty.
But others can run afoul of administrators who make their lives miserable by pedantically enforcing the dress code. Thailand’s education system skews conservative, and stodgy officials seldom tolerate students who challenge established rules.
Even at one of Thailand’s most left-leaning major universities, transgender female students were forbidden to wear dresses at their graduation ceremony until just three years ago. And that concession elicited grumbles from a top education official wary of seeing others “demanding such rights” because “students’ uniforms are holy and special.”