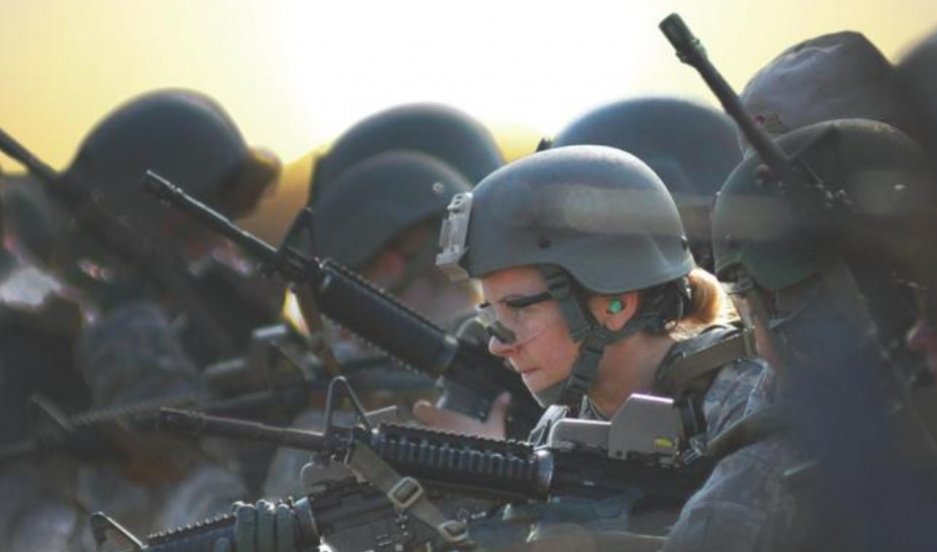 First Lt. Ashley White was 24 when she was killed in combat in Afghanistan in 2011. She was part of the first all-female special operations team to serve in Afghanistan, one created a year earlier — despite a ban on women serving in combat positions within the US military.

The Army dubbed the all-female units CSTs, or "cultural support teams." And women like White "chose to put their hands up not once, to serve, but twice, to be part of what they called 'building a plane in mid-flight,' to put women on the battlefield," says Gayle Tzemach Lemmon, who wrote about White in "Ashley's War: The Untold Story of a Team of Women Soldiers on the Special Ops Battlefield."

Tzemach Lemmon says CSTs uncovered information that otherwise would've flown under the radar. "Half the population was out of reach, because male soldiers could not speak to Afghan women without causing cultural offense. So you needed women soldiers who could keep up, who could be on these missions, some of the most dangerous and important at that time," she says.

Ashley White chose to join the military while pursuing a bachelor's degree at Kent State.

"So many times, we don't realize how many of these women who sign up, they have so many other options," Tzemach Lemmon says. "Ashley White ... was this mix of Martha Stewart and what we see as GI Jane in this country. She loved to bake, loved to cook for her husband, who was her ROTC sweetheart at Kent State. And she could also put 45 pounds of weight on her back, march for miles, go to the gym and bust 30 pull-ups from a dead hang. She was somebody motivated by purpose."

When she volunteered for the CST unit, Tzemach Lemmon writes, she and other recruits suffered warnings from trainers that men in Special Ops wouldn't be welcoming; that CST already had earned the derogatory Army nickname "Casual Sex Team." But in the end, she says they were accepted and respected.

"They earned their seat on the helicopter," she says. "They really were a part of the team."

CST soldier Lane Mason is proof of that; Mason is an Iraq veteran and a survivor of sexual assault by a fellow soldier. "She wanted to do this mission because she wanted to prove to herself she would never be a victim again," Tzemanch Lemmon says.

The crowd-funded Ashley White-Stumpf Memorial Scholarship is awarded yearly to a female graduate of Marlington High School who displays a dedication to athletics and community.

The CSTs had plenty of opportunities to prove themselves. "These women, in 2011, were seeing the kind of combat that less than five percent of the entire US military sees," Tzemach Lemmon says. White was on a night mission "that very quickly turned very bad" when she was killed along with two male soldiers.

Her death turned the CST program, one "built for the shadows, into a very public spotlight," Tzemach Lemmon says.

The CST program is currently winding down, along with the war in Afghanistan, but it leaves a legacy.

"Make no mistake, these women are warriors. And they have written a new chapter in what it means to be a female in the United States Army," Lt. Gen. John Mulholland, the head of Army Special Operations Command, said at White's funeral.