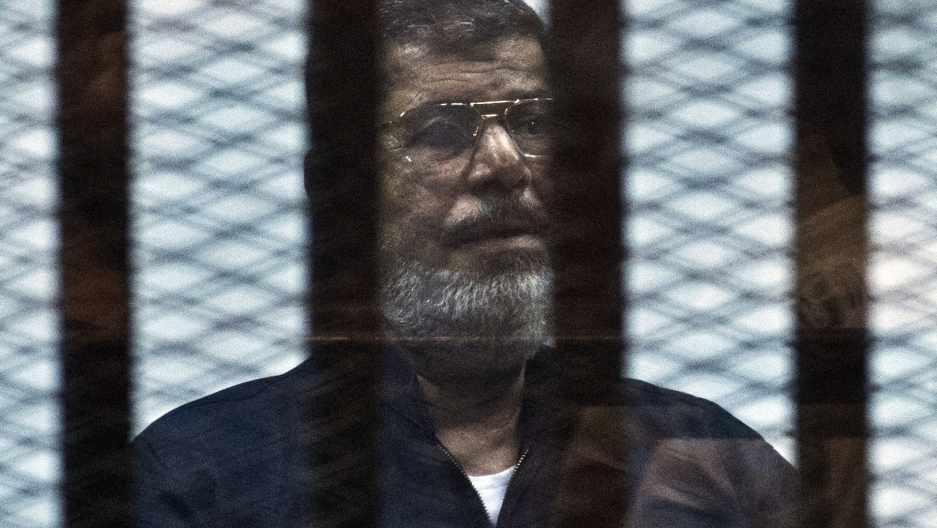 CAIRO, Egypt — A Cairo court has upheld a death sentence given to ousted President Mohamed Morsi on charges related to a prison break that took place during the January 2011 revolution.

The sentence was handed down by a lower court in May, after which it was referred to the Grand Mufti, Egypt’s highest religious authority, who upheld the decision on Tuesday. Mohamed Badie, the Supreme Guide of the Muslim Brotherhood, and four other Brotherhood leaders were also sentenced to death at the May trial, in addition to over 90 others in absentia.

The final step in the process is for the death sentences to be reviewed by Egypt's highest court.

Morsi, who was Egypt’s first democratically elected president for one year until he was ousted in an army-led coup in July 2013, is already serving a 20-year jail term on charges of ordering the torture and arrests of demonstrators during his time in office.

“This confirms that Egypt’s criminal justice system is spiraling out of control.”

Morsi and a number of other Brotherhood leaders were among a group of prisoners who escaped from Wadi Natroun prison five days after the revolution began. He had been arrested a few days before, and was being held in administrative detention under emergency powers without a proper detention order.

Rights groups decried the sentences, saying that the trials were “politicized” and  “unfair.”

Mass trials have become common in Egypt in the last two years, during which time hundreds of death sentences have been issued.

“They follow in a line of politicized mass prosecutions brought against the Muslim Brotherhood since the coup,” Whitson said.

When the defendants first entered the cage in the courtroom where they are held the sound was on and chants of “Down, down with military rule” and “free revolutionaries we will continue the journey,” both once commonly heard on the streets of the capital, could be heard. The sound was abruptly shut off and the courtroom fell silent for a moment though the lips of the defendants continued to move as they went on chanting behind the soundproof glass.

Amnesty International have called for a retrial for defendants in proceedings “that meet international fair trial standards.”

“This confirms that Egypt’s criminal justice system is spiraling out of control,” said Mohamed Elmessiry, Egypt researcher with Amnesty International. “For two years now the judiciary has proved not impartial and biased because hundreds of death sentences and heavy prison sentences have been handed out, and on the other side security forces were not held to account and were not brought to justice including in the killing of at least 1000 persons in one day on August 14 2013.”

It remains to be seen whether the death sentences will be carried out and what will happen if they are. Even if they are not, some argue that the damage is already done.

“Internationally, [these verdicts] will further blacken Egypt's reputation in the eyes of many Western audiences. Western governments have accepted the new, post-2013 regime in Egypt but they often regard it as unwise and vindictive,” said Nathan Brown, professor of political science and international affairs at George Washington University."

“The verdicts will not disrupt bilateral relations in a major way, but it will be brought up in bilateral discussions and lead to more unfavorable press coverage for the regime,” he added.