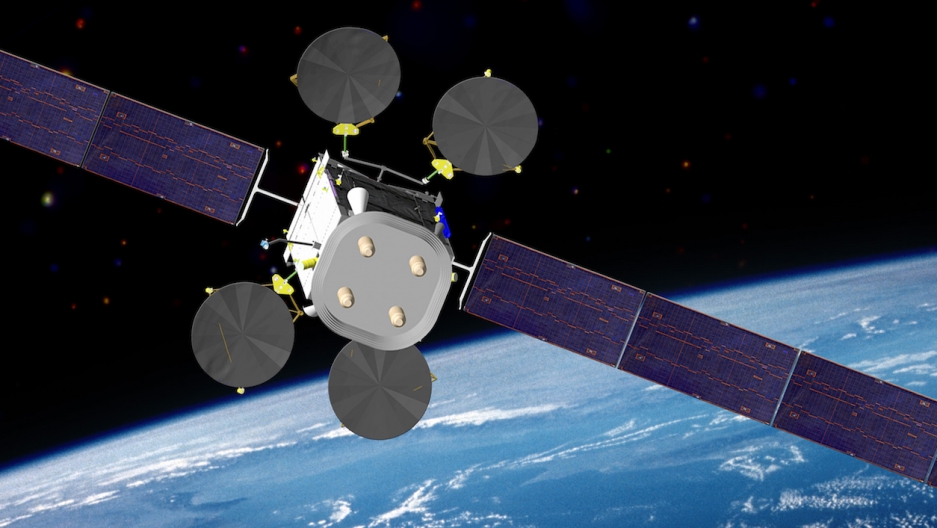 By Anthony Boadle and Brian Winter

BRASILIA/SAO PAULO (Reuters) — The United States and Russia are competing for a strategic role in Brazil's plan to launch commercial satellites from its base near the equator, opening up a new theater in their rivalry for allies and influence.

Brazil's government expects to choose a partner to help provide technology in the coming months, three sources with knowledge of the deliberations told Reuters.

Brazil partnered with Ukraine over the past decade to develop a launch vehicle at the Alcantara base on its northern Atlantic coast. But Brazil ended the program in February, saying that Ukraine's financial problems left it unable to provide rockets as promised.

President Dilma Rousseff will select the new partner based on a range of factors including Brazil's diplomatic relations and the quality of technology on offer, the sources said.

A satellite partnership will not be on the agenda when Rousseff visits the White House on June 30, officials from both countries said.

But the tenor of the visit, which marks a rapprochement between Brazil and the United States after two years of strained ties over National Security Agency (NSA) spying programs, could influence her decision, one source said.

"If it goes well, the Americans will be well-positioned to win this," said the source, a former Brazilian official who participated in meetings on the satellite issue.

Alcantara's location makes it particularly attractive to potential partners. Satellites that orbit the equator do not have to travel far to get into place, reducing fuel costs by as much as a fifth compared to other locations.

European space-transport company Arianespace, which has half the world market for putting satellites in geostationary orbit, uses a launch site at Kourou in neighboring French Guiana.

It's unclear exactly what form Brazil's next partnership will take.

Under the previous deal, Ukraine provided the technology to jointly build Cyclone-4 rockets with Brazil, which was responsible for providing the launch facility.

Brazilian officials, frustrated with decades of delays and setbacks, said they could completely rethink the terms of its next partnership.

"The program with Ukraine did not work out," Defense Minister Jaques Wagner told Reuters. He said Brazil would "talk with any country," including the United States, to get a Brazilian satellite into space.

Alcantara's troubled history includes an accident in 2003, when an explosion and fire destroyed a Brazilian-made rocket and killed 21 people. The disaster ended Brazil's plans of building its own rockets and led it to turn to Ukraine.

A variety of countries have worked with Brazil on space issues. Over the past two decades, China has used its rockets and launch site to put up five small satellites that Brazil uses to observe agriculture, the environment and the Amazon rainforest.

In 2014, in the wake of the NSA espionage scandal set off by documents leaked by Edward Snowden, Brazil picked French aerospace supplier Thales over a U.S. rival to build a $400 million geostationary satellite that will be launched by Europe's Arianespace from French Guiana in 2016.

Brazil still needs a senior partner to realize its goal of launching a satellite from Alcantara. The rocket and satellite technology it hopes to acquire in that partnership would give a boost to its well-established aerospace industry.

If Brazil picks the United States, Boeing Co will benefit. It makes rockets and satellites besides aircraft and already has ties to leading Brazilian aerospace company Embraer SA, the world's third largest maker of commercial planes.

told Reuters that Russia is interested in cooperating with Brazil and that it is in "the vanguard" of space technology.

He said the United States, the world's main source of satellite parts, is also a possibility, although he acknowledged "special difficulties that we need to overcome."

One of those is recent history. In 2000, Washington signed a deal with Brazil that would have allowed the launching of U.S. satellites on U.S. rockets from Alcantara.

But the deal was controversial because of U.S. demands that it control access to parts of the base. Rousseff's predecessor as president, Luiz Inacio Lula da Silva, scrapped it soon after taking office in 2003.

Washington is making no such demands now, although it still wants Brazil to sign a so-called technological safeguard agreement to ensure that any space technology shared with Brazil would not end up in other countries.

Many in Brazil's Congress are wary of passing the safeguard agreement.

Some in the military fear Brazil's collaboration with China will prevent it from ever gaining access to top U.S. satellite technology, given Washington's distrust of Beijing.

Last November, the U.S. government eased its export-control rules for defense equipment, moving many space components from automatically being classed as munitions at the State Department to the more export-friendly Commerce Department.

U.S. officials say 70 percent of what you need to build a satellite can now be bought from the United States.

"They are becoming more flexible, trying to draw closer to us, looking to regain the space they lost to other countries," said Armando Lemos, a retired Brazilian army colonel and now director of defense industry lobby group ABIMDE.

NASA Administrator Charles Bolden visited Brazil earlier this year. When Science Minister Aldo Rebelo was in Washington last month, he had lunch with NASA's acting chief at the Air and Space Museum at the Smithsonian Institution.

Rebelo told Reuters that negotiations with the United States over satellites were "ongoing," but declined to provide details.