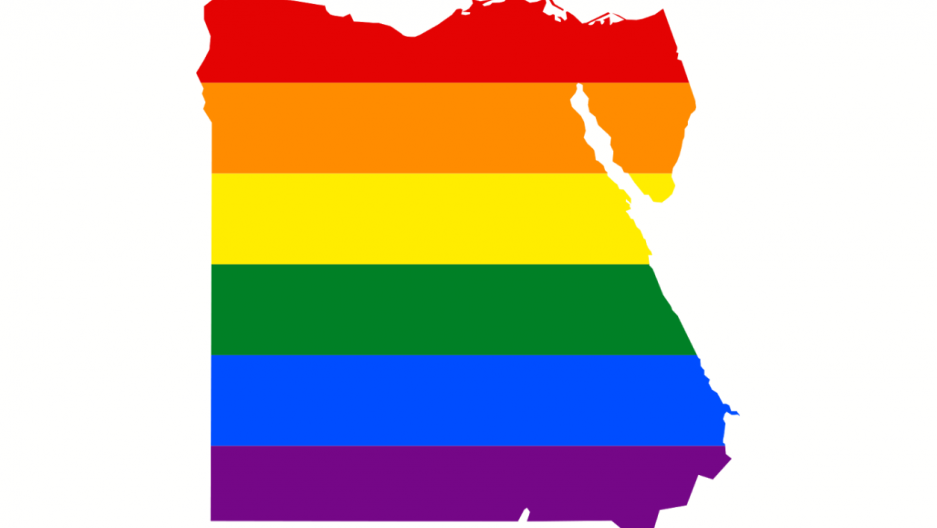 CAIRO, Egypt — Yara perches on the edge of her wooden chair in a bar in downtown Cairo, occasionally waving to other regulars. This neighborhood is something of a meeting point for Egypt’s embattled LGBT community.

“I dress in a very masculine way to protect myself,” she says, “I can’t control my face, that’s from God,” she laughs, referring to her soft features and large eyes.

Yara is a transgender woman from south Cairo. But for most of her life she didn’t have a name for the way she felt.

“When I was five I knew I was different,” she explains. “By 15, I was depressed. I thought I was a deviant according to Islam, that I was someone unacceptable to society.”

Transgender Egyptians are at the heart of an ongoing crackdown on LGBT people in Egypt. There is very little awareness of what it means to be transgender and their treatment at the hands of the police is particularly harsh, while support and resources are few.

One day walking in downtown Cairo Yara encountered other young men who seemed androgynous, sort of like she did. Through them she discovered that she was not alone; she found a community.

“At 18 I learned that there were men who take hormones to become women. I learned that my body would change, I could finally become the person I wanted to be,” she said. Yara took hormones for eight months, but stopped when her body’s changes grew difficult to hide.

“My biggest fear was that my family would find out.”

“Many of them beat them, lock them up in the house, kick them out of the house, threaten them. Some families are supportive too, specifically mothers, they sometimes try to help even if it’s away from the rest of the family,” says Dalia Abdelhameed, a researcher on gender for the Egyptian Initiative for Personal Rights, a local NGO.

More from GlobalPost: Egypt is ramping up its harsh crackdown on the LGBT community

Eventually Yara came out to her mother who, though shocked at first, eventually began to read about homosexuality on the internet, at first to find out whether or not there was a cure.

Even after taking hormones, Yara didn’t realize she was transgender. “I thought I was gay, I didn’t know there was such a thing as transgender. Even though I took hormones I thought, I just wanted to be more feminine.”

At 20, Yara began working at a small LGBT rights NGO in Cairo. “That’s when I finally figured out I was trans.”

Psychiatrists, doctors, imams, everyone has to approve

But that was only the first step. Gender reassignment surgery is challenging in any country but in Egypt for most it’s near impossible.

First, a prospective candidate for surgery must see a psychiatrist for about two years to get a certificate saying they have gender identity disorder, which they present to the doctors’ syndicate for permission to have the operation. If the syndicate agrees they must seek permission from a religious body devoted to Islamic legal research.

"They say things like: 'You are created by God, why do you want to change the way God made you,'” Yara says.

For most people these steps are prohibitively expensive.

In the 1980s, al-Azhar, one of the highest Sunni authorities in the world, issued a religious edict saying gender reassignment surgery was allowed if it could fix the "illness." So being transgender became a medical condition. In practice though, this dictate is rarely implemented.

One of the biggest obstacles to leading a safe life is the state’s unwillingness to change their gender on identity cards. If transgender people are stopped by the police and have ID cards that do not match their sex it can lead to arrest. This makes steady employment difficult to find.

As a result, many transgender women end up in sex work.

Things are getting worse, not better

As it was for many others in Egypt, the revolutionary moment in 2011 was cause for excitement for the transgender community.

“There was a small hope that things would change,” Yara says. Instead, a few years later, things got a lot worse.

Since the fall of 2013 Egypt has seen a heavy crackdown on its LGBT community. The focus on transgender Egyptians, specifically transgender women, has been particularly brutal.

“I think that’s what’s driving the crackdown,” says Scott Long, a human rights activist living in Cairo and founder and former director of the LGBT program at Human Rights Watch. “The anxieties that keep showing up in the press reports are mainly about masculinity and gender and the majority of the people who’ve been arrested have been transgender” or men who identify as men who appear effeminate.

As to why this is the case, Long says, “it may be that it is a military regime and the people who are in charge have a conception of what men should be that is shaped by the military experience and is not only very heterosexual but also macho. There’s also a sense that youth in general have gone astray and that long-haired revolutionaries are part of a continuum with people who have forgotten how to behave in a manly way.”

"They say things like: 'You are created by God, why do you want to change the way God made you.'”

Several of the high profile arrests of transgender Egyptians have involved prurient media coverage that revealed the identities of those arrested. Prosecution of transgender people under vague “debauchery” and prostitution laws have yielded Draconian sentences of three to 12 years.

“There is terror of the government and the police,” Yara says. “I have to go home before 11 so I don’t get stopped at a checkpoint.”

She was arrested once, because a police officer felt her hair was too long. They let her go but not before she was beaten by everyone in the station.

“They called me ‘khawal.’” In colloquial Egyptian Arabic ‘khawal’ is the equivalent of ‘faggot,’ but in earlier times referred to men and boys who dressed as women, participated in belly-dancing and sometimes performed at weddings.

Often transgender women are detained with criminals. And when fellow inmates learn the reason for their detention, beatings, rape and harassment often follow.

Perhaps one unintended consequence of the crackdown is that there is more awareness about what it is to be transgender. “Gender identity disorder” is often talked about in the media and doctors are interviewed about it on talk shows.

“I’m against the idea that it’s a sickness, but [more people talking about it] might help people understand,” Yara says.

In a recent case a professor at the Islamic university al-Azhar transitioned and became a woman. The school would not let her continue teaching in either the men’s or women’s faculty. She is continuing to fight the case.