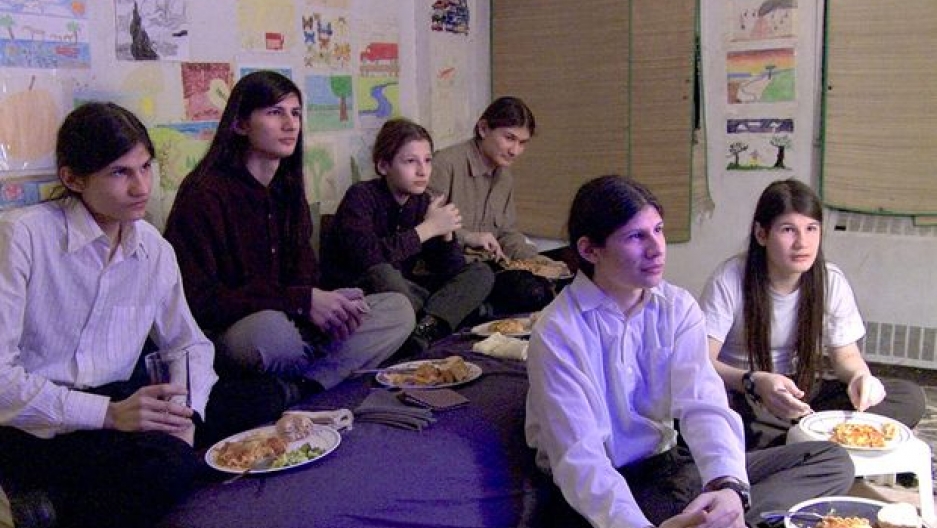 Imagine this: You have spent your entire life locked away from society. Your only knowledge about the outside world comes in the form of films. This bizarre true story is told in the new documentary “The Wolfpack.”

In a small, public-housing apartment on Manhattan’s Lower East Side, movies were a lifeline for the six Angulo brothers. The siblings — Narayana, Govinda, Jagadisa, Bhagavan, Mukunda and Krsna — were rarely allowed to leave their apartment or interact with the outside world. Keeping his family under a tight grip, their father, Oscar, isolated his children in seclusion.

“It was basically born out of a patriarchal urge. It’s that very old tradition of family, where the father dictates everything,” says Narayana Angulo, who is 22. “Although he didn’t have any real responsibility, he just made sure that everyone listened to him.”

While their mother, Suzanne, wanted to move the children away, she had practically no say in household decisions. And because their mother homeschooled them, and was officially allowed to do so, the Angulo family raised little suspicion from the world outside. With Manhattan all around them, the children grew up in nearly total isolation.

To make contact with society, the children watched Hollywood films — the only window into the outside world that their father allowed. Constantly watching and often acting out their favorite scenes amongst themselves, movies provided both an escape from reality and a connection to reality — although certainly not a perfect one.

“There was a freedom in itself, in that seclusion, and isolation,” says Govinda, Narayana’s fraternal twin.

While seeing the depictions of the world around them helped ease their isolation, they also accentuated the brothers’ pain in some ways.

“I think as we approached movies, and movies became our whole [lives] in this tiny apartment in New York City,” Govinda says, “We came to realize that this upbringing was not quite normal.”

“I don’t think anyone wants to grow up secluded,” Narayana adds. “We all had aspirations of being in a better place, not indoors all the time.”

As the brothers grew older, their increased awareness of the outside world made them resent their father more.

“Many of the hardest years were when we were finally approaching adulthood,” Govinda notes. “We needed that freedom. We needed to think about a career, about a job.”

Eventually, the third youngest brother Mukunda, at age 15, managed to break out in 2010. The others followed, beginning the slow assimilation into a more normal life.

“The Wolfpack” is out this week. Directed by Crystal Mozelle, the film has received critical praise, winning the documentary Grand Jury prize at the Sundance Film Festival. "Plato’s cave,

down on Delancey Street," is the way approving New Yorker critic Alexandra Schwartz described it. .

Interwoven with scenes of the brothers acting out some of their favorite film scenes, the documentary is, in some ways, a movie about a love for, and the importance of, movies.

“It took a while to realize that [film] was the element for the story,” says Mozelle. “It was really these worlds that they created from their inspiration from watching films was really their savior.”

Looking back, Govinda says that he has moved past his secluded childhood and anger toward his father.

“For me, there’s no anger left. As you grow up and get older, you learn to realize that this is life. There might not be reasons for things to happen the way they do. But you don’t let anger take over you. You can’t. You’ll never accept a situation — whatever it was — but you have to look forward.”

While their upbring was certainly detrimental in many ways, the Angulo brothers hope to harness their relationship with movies to start their own production company.

“I consider us artists, so I hope we’re a little messed up,” Govinda says.