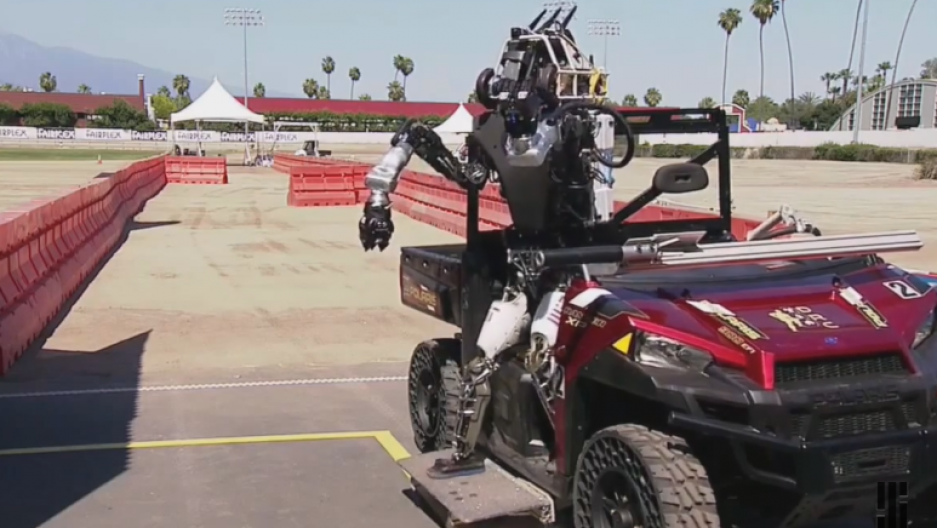 This week in "Thanks, Internet"---The Wolfpack does the meanest impressions of Joker and the Dark Knight, "Mad Max" extends its internet reign, DARPA robots can't help but fail, a little girl blows minds with her Aretha Franklin tribute, and dogs do what they do best.

The Wolfpackis a documentary opening in select cities today about seven siblings locked inside the top floor of an apartment block on the Lower East Side. They almost exclusively access the outside world through films and their window. To pass time over the years, they watched more than5,000 films and acted out some of their favorites. Here, two brothers recreate one of the most memorable scenes from The Dark Knightand blow a few mindsin the process.

Your Alohas, Tomorrowlands, and Entourages may come and go, but Mad Max: Fury Road is here to stay and leave a lasting impression. George Miller's reboot of his post-apocalyptic fantasy has spawned an astounding numberof quality fan tributes: from watercolor work, to mash-ups, to flooding unrelated Amazon products with reviews inspired by the movie. But this week, a fan took things to a new level by modifying his favorite stringed instrument. Thanks, internet.

I don't usually go for kids being cute, but this six-year-old dancing and lip synching Aretha Franklin's "Respect" is totally transfixing. I think part of it might be that at times she looks like she could be Aretha's age instead of afirst grader. You decide.
HT@julialhenderson