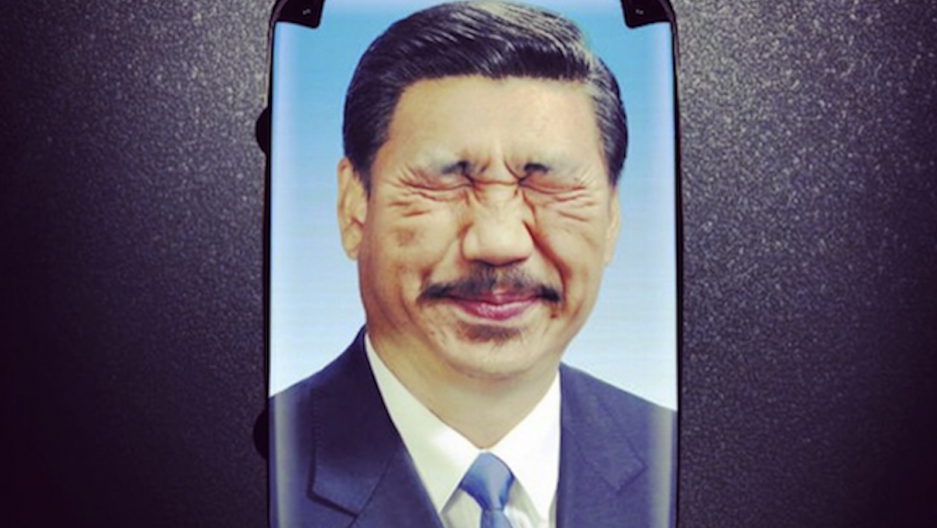 Shanghai artist Dai Jianyong faces up to five years in prison for making and sharing this image of China's most powerful man.
Credit: Dai Jianyong
Share

BEIJING — There are the officially approved caricatures of China’s leader Xi Jinping, which make him look warm, approachable and down to earth. And then there are the ones that land you in jail.

One student in Tianjin learned this lesson the hard way after being detained by police for 10 days for downloading unauthorized images of Xi, according to a report this week in Hong Kong’s Ming Pao newspaper. The Tianjin Vocational University freshman was accused of posting the pictures, which had been manipulated to show the president in a Nazi uniform, on QQ, a popular messaging service.

Although images of the leadership are strictly controlled by China’s censors, in some respects Xi has appeared to relax the formalities favored by his predecessors, particularly the dour Hu Jintao. In popular videos such as “How To Make Leaders,” which pokes fun at overseas democracies, Xi is depicted in comic form. Animated cartoons like "Dada and Soccer,” which focuses on China’s hopes for footballing glory, evoke Xi as a cuddly patriarch, and further popularize his quasi-official nickname, Dada (“Uncle”) Xi.

Outside of official channels, however, it’s a different story. Under Xi, authorities have shown little tolerance for humorous—or even just mildly undignified—depictions of the leader. Shanghai artist Dai Jianhong, who specializes in playful portraits, was taken into custody in May for publishing pictures of a T-shirt that featured a mustachioed Xi scrunching his lips and eyes, which commenters on Dai’s Instagram account quickly dubbed “Xitele,” a transliteration of Hitler in China that has long been blocked on its web.

Previous Photoshop wags have poked mild fun at the Politburo or the froggish physiognomy of former president Jiang Zemin. But while official propaganda attempts to become appealing and modern—even sometimes using a caricature of Xi looking like a bobble-head doll—attitudes toward unauthorized content, particularly satire, have hardened.

“Before, they would first send people a letter of warning. Now there are no letters. People just disappear,” cartoonist Wang Liming told the Japan Foreign Correspondents Club after finding himself unwittingly exiled in Tokyo while on holiday. The artist, known as “Rebel Pepper,” had his social media accounts and online store abruptly closed because, Wang believes, he drew a cartoon of Xi in December as a steamed bun.

Wang fears returning to China to face possible accusations of “picking quarrels and provoking trouble”—the same charges face by Shanghai artist Dai. Activist groups say the law is a catch-all term used to target government critics, regardless of their impact. It’s a given that mocking China’s government is a risky exercise, and it’s getting riskier. The current government, says Human Rights Watch, “has brought censorship to a new level, retaliating against both rumor and humor that depart from official lines.”