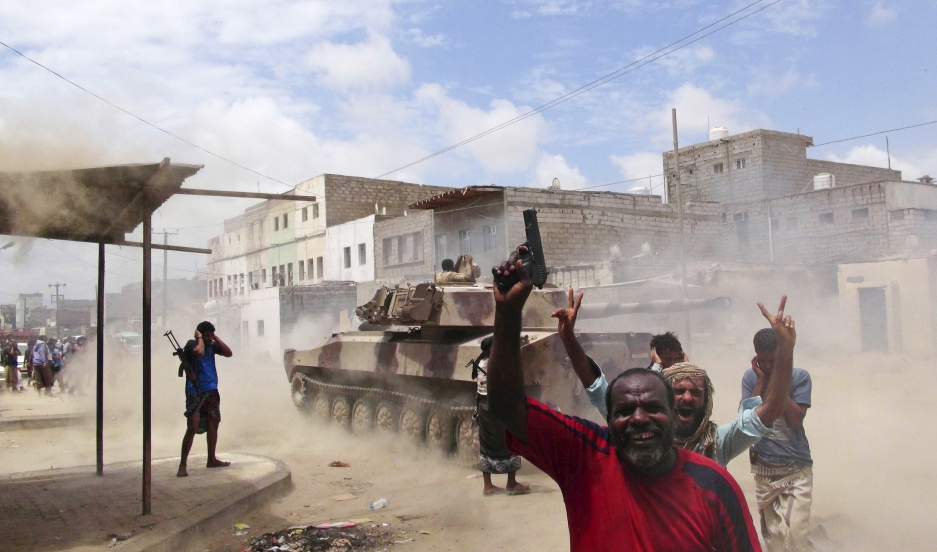 Journalist Iona Craig, who spent three weeks in the embattled Yemeni city of Aden, says the conditions in the southern port city are desperate. "I was expecting it to be bad, but it was much, much worse than even I imagined it would be."

Craig entered Aden by boat, dressed as a Yemeni woman, veiled and covered to avoid drawing attention. "It's quite risky getting in an out, and all sides in this conflict are not necessarily keen on journalists getting into the country." Craig's social media posts reveal some of the magnitude of the destruction she witnessed in Aden.

This is the frontline in Dar Saad district in Aden, #Yemen. Two thirds of the city now looks like this: pic.twitter.com/vYoMg0vQl1

Those residents who did not have the means to flee Aden are now part of a tide of Internally Displaced People who move from one part of the city to another to escape the fighting. "All the hotels that are still standing are now filled with the IDPs. The schools, which were all closed, are filled with IDPs."

Craig says that while the Saudi-imposed sea blockade has kept out shipments of food and fuel, the invading rebel forces are making humanitarian conditions even worse. "There is this arbitrary siege going on," Craig said. "The Houthis and Saleh forces have blocked food from coming in by road.  I saw that myself, I saw trucks carrying flour being turned around at checkpoints, which means there's a huge food shortage across the city. And after I left, the flour ran out entirely, and all the bakeries closed."

Bakeries across Aden are now closed. Flour ran out four days ago. #Yemen

Craig found a sack of potatoes cost more than $80, when previously it had cost $9. "And that's if you could find one," she adds. "I didn't eat any vegetables for the entire time I was there." Like most people in Aden, Craig subsisted on a diet of fish and rice, "which, for a few weeks is all well and good, if slightly tedious." But, she notes, Yemeni families, who have endured the fighting since the end of March, are worried about how the long-term lack of fresh fruits and vegetables will affect their children's growth.

Aden's health system is strained by the war. Craig reports there are "casualties every day from the ongoing conflict between the two sides," as Aden's hospitals deal with shortages of supplies and staff. "You're going into malaria and dengue fever season with a shortage of drugs and a shortage of medical equipment." She says fear of disease is on the rise because of increaingly poor sanitation.

"None of the state institutions have been paid, and that includes the street cleaners, so you've got piles of rubbish lining the streets, along with sewage as well."

.@reportedly Streets are breeding ground for disease. Street cleaners not been paid since war began. This is Aden now pic.twitter.com/Mc7ddIzU0a

"And in areas hit by the conflict at the center of Aden and the eastern parts of the city, there are major issues over water," Craig observes. "The infrastructure providing the water supplies was either hit by air strikes or deliberately sabotaged, creating a big problem for people still staying in those areas trying to survive day to day."

Craig says that despite the misery that is apparent across the city, she found hopeful signs. "I met some incredibly brave and inspirational young people, doctors who have just graduated in their mid- and late-20s. They've stayed. And they're not being paid. They're volunteers. Even before the war, they were lucky if they were getting $200 a month. But they are determined to keep going, and to try and keep the health care systrem working.  It's one of the small positives to take away from my visit to Aden ."