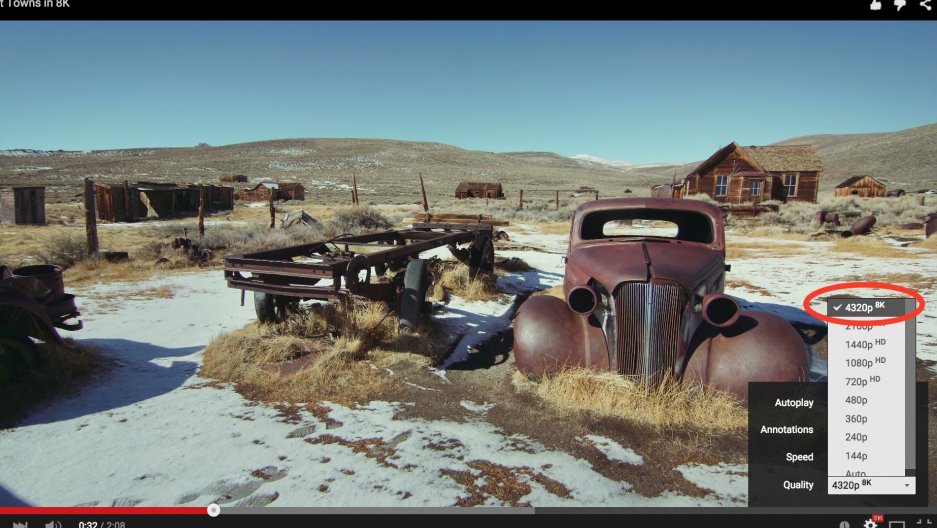 Video quality is getting totally insane and we humans are totally not ready for it.

No, seriously, we're not ready for it. We need better computers.

Well, you're very close to having another one of these experiences. Your eyes are ready. Your brain is ready. Unfortunately, your computer is probably not ready.

Check out "Ghost Town" and find out whether your Mac or PC has what it takes to play 8K. It's a short film shot in 8K video by a cinema company called Neumannfilms and uploaded to YouTube on June 7. There's nothing particularly riveting about it except for the absolutely insanely mind-blowing quality — for people lucky enough enough to be able to watch it:

The makers of "Ghost Towns" had to come up with a life hack to hit 8K. As 9to5google points out, there are only a few cameras that can shoot in 8K, and most of them aren't even available to consumers yet. They shot the film using a RED Epic Dragon 6K and then bumped the quality using Adobe After Effects.

Soon enough, 8K cameras will be more available, and as computer companies up their hardware game to accommodate better and better video quality, expect video this good to become the norm.

And then, of course, at some point there will be better video technologies and your grandkids will be asking you how you ever managed to watch video in 8K at all. What a dinosaur you'll be.