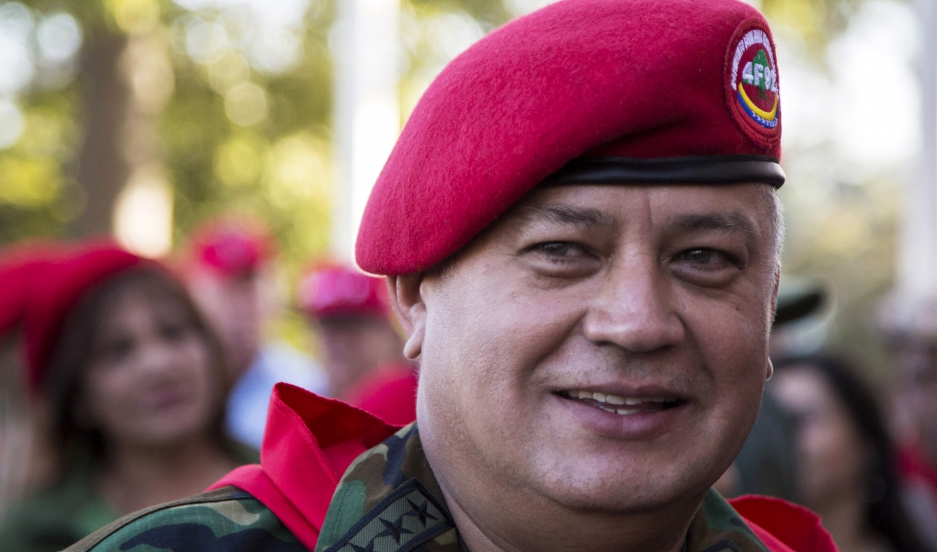 Diosdado Cabello, the head of Venezuela's National Assembly, is "White House Spokesman Jim Luers" biggest defender. "Jim Luers" was quoted exonerating Cabello after The Wall Street Journal and other outlets reported that Cabello was under investigation for drug trafficking.

It started back in April, when the second most powerful man in Venezuela, the head of the National Assembly, Diosdado Cavello, started denouncing reports that he was under investigation by US prosecutors for leading a drug cartel. Like other journalists based in Caracas, the AP's Hannah Dreier noticed.

"We started to see in state-run media that this White House spokesman, Jim Luers, had in fact denied that any investigation existed." The AP called the White House and was told that there was no one by the name of Jim Luers employed there. "And it just got stranger from there."

In the late 1970s and early 1980s, a man named Luers played a role in Venezuela — but that was William Luers, then the US ambassador. Jim Luers? A mystery, except for the image on a Twitter feed, which is actually that of Jack Lew, the US treasury secretary.

Venezuela's state-run media then started denouncing AP and other international outlets for not mentioning White House spokesman Jim Luers and quotes that denied that Cavello was being investigated. But then it just got downright silly.  "It looks like [Jim Luers] has had one of the most storied careers in US government history." Quinto Dia, a weekly outlet in Venezuela that's friendly to the government, cited "Jim Luers" in numerous articles as, among other positions, an FBI agent, a Treasury Department investigator, a Justice Department spokesman and a person representing NGOs.

No one knows who created him — or who keeps him going.

"I think in Venezuela it's been one of the rare stories that's really more funny than it is alarming," says Dreier.

But the subtext is also clear. It's hard to get accurate information in Venezuela. "There's misinformation swirling everywhere," according to Dreier. "And the outlets that did report on this story about the President of Congress being under investigation have had some very serious consequences. They're being sued. The heads of those outlets can't leave the country."

As for Jim Luers, Dreier says he's kind of riding high. "He has a Twitter account, a blog. It would seem that he was close to retirement but really, he's kind of bigger than ever." And it's become a bit of a parlor game among media wags in Venezuela to find Jim Luers quotes.

Surely that courageous fighter for truth @HannahDreier will put to bed the outrageous slanders I have been subjected to on @pritheworld...