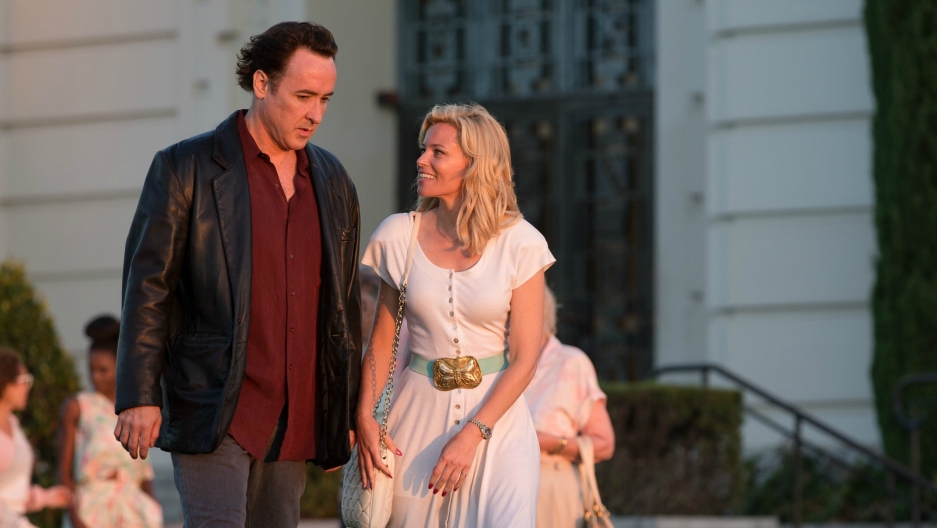 From the young, love-struck, boom-box-wielding heart throb in Cameron Crowe's 1989 film Say Anythingto Richard Nixon in Lee Daniels' The Butler, John Cusack has made upwards of seventy movies over the last thirty years. Along the way, his special brand of underdog/everyman character has made him a pop icon.

In his latest film, Love & Mercy, Cusack takes on the real-life rock and roll icon Brian Wilsonof The Beach Boys. Cusack plays Wilson in his 40s, a reclusive patient under the dangerous influence of Dr. Eugene Landy (Paul Giamatti), a psychotherapist who later lost his license for his exploitation of Wilson. Playing Wilson wasn't easy, Cusack explains to Kurt Andersen. "Brian is a complete paradox," Cusack says. "On some levels he's a feeling, intuitive kind of a person, so he's like a heart with two legs walking around. But then he's really tough, and has an incredible mental discipline."

In the movie, Wilson is portrayed by both Cusack and Paul Dano, who plays Wilson as the young auteur at work on Pet Sounds. But the two actors didn't coordinate their preparation for the film. "There is no definitive portrait of Brian Wilson --- and certainly not in two hours," says Cusack. Both actors immersed themselves in Wilson's music to prepare for their roles, especially The Smile Sessions. "We hoped if we just used the music as the source that these two voices would harmonize into a nice song."

Cusack says the choice to have two actors play the same character independently of one another is a risk appropriate for a movie about Wilson. But it's certainly not the first time Cusack has taken a big risk with a project. In fact, Cusack only ended up in Spike Jonze's 1999 debut Being John Malkovichafter asking his agents to see the "scripts that no one will ever make --- just the weirdest thing you have." The only thing weird enough for the actor was Charlie Kaufman's screenplay.

In many of Cusack's films, you will also find his sister, Joan. "She's the most gifted performer in the family," Cusack explains. "If you're just thinking about it in pure mercenary terms --- I can get her cheap, she'll show up, and any time you do a scene with her it's usually the audience's favorite scene in the movie, so then all boats rise. Everybody wins."