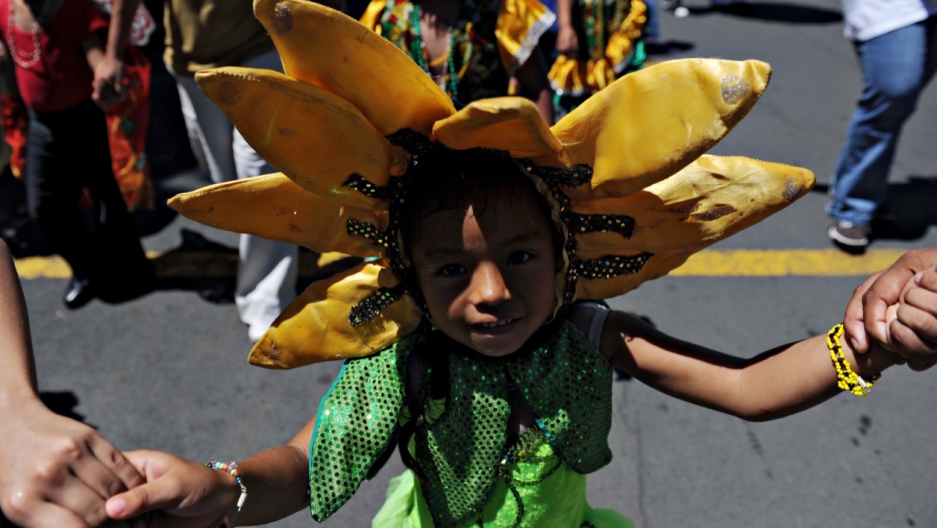 LEON, Nicaragua — Ned Phillips remembers the moment when he froze in horror. While touring his new home near the capital Managua several years ago, he discovered a small, dark cage. He was told that until recently, this cage held a human being — a man with an intellectual disability.

Other Nicaraguans have similar recollections. As recently as 15 years ago, many people here who were born with intellectual disabilities were locked away, treated as animals, and feared as monsters.

So far as is known, no one is kept caged in Nicaragua today. Much of the credit goes to a group of outspoken women who reject society’s discrimination against their children and grandchildren. Johanna Salvatierra and Gladys Flores are teachers at the Nicaragua School for the Deaf.

One of the most active of these women, Gladys Flores, who has a 26-year-old daughter with cerebral palsy, helped found a small school in the city of Leon where about 20 students spend their days playing and learning. On a recent afternoon several exercised or practiced sign language while others painted colorful landscapes.

“Many of the students are non-verbal,” Flores said, “and art therapy creates a space for them to find their voice.” Andres Cruz, 18, a student at the Nicaragua School for the Deaf.
70 percent of disabled children in Nicaragua have no father in their lives.

The school was initially founded to serve deaf children and has since expanded to include students with intellectual and developmental disabilities. Additional staff members were included to accommodate the needs of these students like Flores’ daughter, who have cerebral palsy, or others with Down syndrome or autism. Concepcion, 89, owner of home which houses the Nicaragua School for the Deaf.

This school is located in the home of Rojas’ mother, Concepcion, a sprightly woman of 89 who favors the floral-patterned dresses of a schoolgirl on Easter Sunday. With a cozy atmosphere and small classes led by experienced special education teachers, the school is enigmatic in a country where public school classes often have 40 or more students.

Because the government offers no funding for schools like this, organizers have had to look abroad. With the help of an energetic professor of social work at the University of Nebraska, Ann Coyne, they have found a patron in the Rotary Club of Omaha. Nonetheless, funding is a constant challenge.

Nicaragua’s government maintains a network of “special schools” for children with disabilities, but these too are chronically underfunded.

“Our schools receive government money to pay for the teachers and school buses,” said Blanca Rosa Cruz, principal of the “special school” here in Leon, which serves about 130 students. “We have to maintain the rest of the school ourselves.” Gladys Flores with her class at the Nicaragua School for the Deaf.

Several government programs aim to support education and physical therapy for the disabled, including one called Todos con Voz — Everyone with a Voice. Activists like Cruz, however, say these programs are little more than flashy press releases. Here's one of the official bulletins, describing how a Cuban doctor "brigade" took part in Todos con Voz.

“It was supposed to help,” she said of the program, “but really it was just for the television announcement.”

Slowly, however, Nicaraguan attitudes toward people with disabilities are changing. One lifelong Leon resident, Dawer Hernandez, recalled that he used to ridicule people with intellectual disabilities, dismissing them with derogatory terms like “mongoloid.” Now he would never think of using such words. He said Teleton led him to change.

Teleton is an annual appeal, broadcast live on radio and television, that raises money for rehabilitation centers and other services for children with disabilities. Leonardo Arguello, who has been president of Teleton since its inception 15 years ago, said it confronts “a cultural problem in which blame is placed on the mother.”

In Leon and around the country, brigades of women involved with a program called Early Childhood try to visit every home where a child with a disability is thought to live. The program is so poorly funded that volunteers cannot afford to ride buses, and must often travel miles each day on foot.

After a full day working with her daughter and other students at the Nicaraguan School for the Deaf, Gladys Rojas returned to her humble cinder block home on the outskirts of Leon. There she shared dinner with her daughter, Heyza, and her mother.

“When Heyza was born, the doctors said she would never be able to walk,” Gladys said. “Now look at her! I don’t let anyone tell me what my daughter can’t do.”

Heyza walked on her own two feet to take her seat at dinner beside her mother and grandmother. Together, they have broken out of the cage.