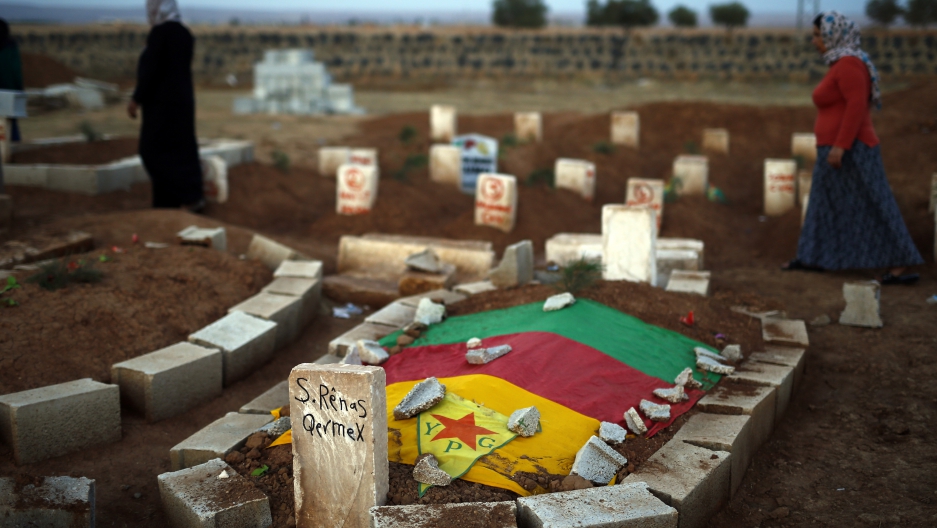 A new grave at a cemetery for Kurdish fighters in Kobani, on the Turkish-Syrian border, taken on Oct.15, 2014.
Credit: Kai Pfaffenbach
Share

WASHINGTON (Reuters) - An American man has been killed in Syria, a State Department spokesman said on Wednesday, declining to provide details.

Social media accounts belonging to Kurdish fighters reported Broomfield's death, saying he was killed near the border town of Kobani, NBC said. It added that the Kurdish forces, known as the Kurdish People's Protection Union or YPG, have not officially confirmed the death.

NBC said one Kurdish official told the news network that an American who had joined Kurdish fighters died fighting Islamic State but declined to give a name.

The report also cited Broomfield's mother in Westminster, Massachusetts, who said she learned of his death from his brother and that Broomfield had left for Syria four months ago.

Think the Islamic State is bad? Check out the ‘good guys'