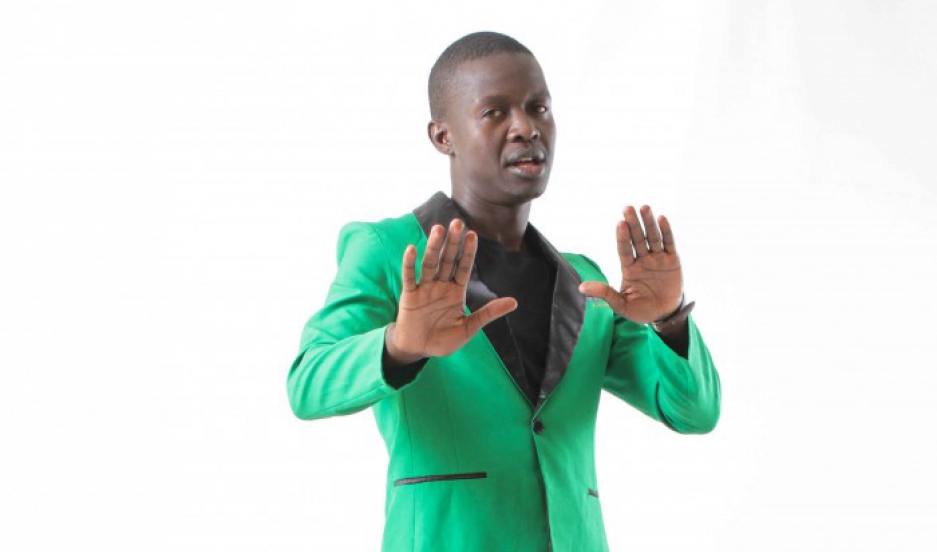 Stand-up comic Doc Vikela is one of a group of young comedians in Zimbabwe who are drawing sold out crowds in a country looking for something to laugh about. Zimbabwe has been been ruled by Robert Mugabe since 1980 and its economy is in tatters.

Zimbabwe would seem an unlikely stage for stand-up comedy. Its economy has pretty much collapsed and poverty and unemployment are endemic. More to the point, there's a law that makes it a crime to insult the president, 91-year-old Robert Mugabe, the only leader Zimbabwe has had since it became independent in 1980.

"I think every society has got the urge to laugh at themselves by pointing out the absurd things they think are normal." But it's more than that. Doc Vikela says comedy is providing an outlet for Zimbabweans' tired of their country's woes. "What's happening is that it's a new kind of thing that people are beginning to enjoy, because it talks about things that they want to talk about but they can't."

But what about that law that bans presidential insults? Though challenged in court, it was passed in 1987 and has been used over the years to silence Mugabe's critics. In 2013, just before presidential elections, an opposition figure was jailed after calling President Mugabe a "tired donkey".

Doc Vikela isn't exactly sure why he gets away with it. "I think that question is answering itself because I'm alive. I don't know. I can't even explain it to myself. I'm telling you, we as comedians are imitating [Mugabe] every day, his voice even, at events where there are government people. And they laugh. So at the end of the day, we are saying, maybe we are now using comedy as a tool to unite people in Zimbabwe, a tool to soften people's minds and hearts."

Before he turned to stand-up, Doc Vikela worked in sales and taught school, while dabbling in comedy on the side. Five years ago, he decided to quit his day job and do stand-up full time. He was inspired by the huge growth in comedy worldwide, especially in South Africa and the United States. "I said to myself, I need to do comedy more because if it's thriving out there, we can push it to become a thriving market in Zimbabwe."

Stand-up is new in Zimbabwe, so Doc Vikela and fellow comedian Simba the Comic King developed a comedy brand called Simuka Comedy. Doc Vikela uses it to nurture new talent and wants to eventually export Zimbabwean comedy. "It's just a matter of time before the Doc Vikela phenomenom takes Zimbabwean comedy to the world. That's what we always aim for, that our comedy teaches the world about Zimbabwe." Simuka Comedy now puts on four comedy shows a month in the capital Harare and has 10 comedians working full time in stand-up. To date, they've not been harassed by the government officials. "They actually call us for events because they realize we are part of Zimbabwe and if we don't joke about this, who will? " 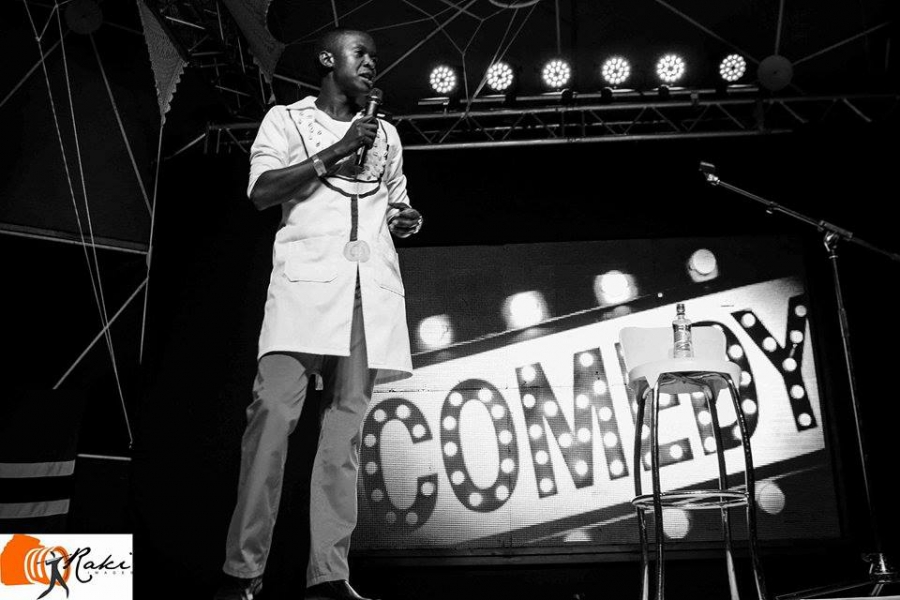 The doctor is in! Zimbabwean comedian Doc Vikela performing in his white coat with stethoscope.

Doc Vikela's stage name is intentional: "I'm the doctor who blocks stress. I'm the stress reliever." As part of his act, he dresses up in a white coat with a stethoscope around his neck. The audience loves it! "Every time I take to the stage, I'm dancing in my white coat and the first thing they always say is: 'Doctor! Treat us! Give us the relief!' So I have to be very strong in dishing out the medication."

Doc Vikela says his career is growing strong. He's already performed in South Africa and other foreign markets (though he won't yet say which) are showing interest. "I think I'm one of those young Zimbabweans who have taught themselves to dream. You know the cheapest thing in life is dreaming."