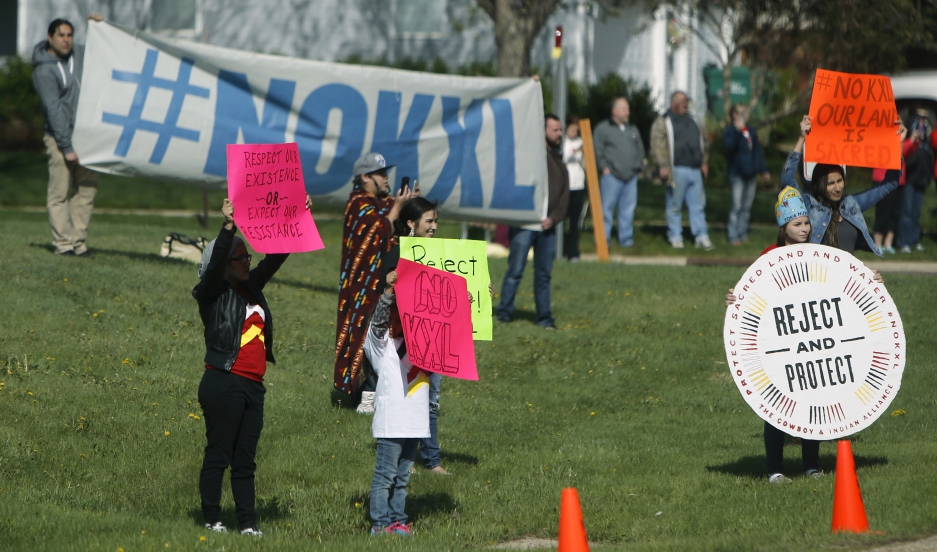 Native American protesters against the Keystone XL Pipeline watch from along the motorcade route as US President Barack Obama arrives for a commencement address in Watertown, South Dakota May 8, 2015.

It may take less to land yourself on an FBI watchlist than you imagined. Simply opposing the Keystone XL pipeline may be enough.

New reports from Texas show FBI investigators have equated environmental protests with extremism. The documents also indicate the FBI violated its own protocols and opened sensitive probes into protesters without proper authority.

In 2012, an environmental organization called Tar Sands Blockade started to actively organize in Houston and other parts of Texas, according to journalist Adam Federman, who first reported the story for The Guardian. About the same time, the FBI started gathering intelligence on the activists and their organization.

Documents Federman received through the Freedom of Information Act revealed reports of non-compliance. Others show the bureau was classifying these protesters as extremists, using an expansive definition of what that means. “The way that environmental extremism is defined in the documents we have is incredibly broad, which is both troubling and also makes you wonder what sort of intelligence the agency was using to base its investigation on,” Federman says.

“This organization is made up of activists who feel strongly about this issue and they’re willing to get arrested and commit these acts of civil disobedience, but then to conflate that with environmental extremism I think is where we get into pretty murky water,” he explains.

For its part, the FBI says the documents were related to a lower-level assessment and not an investigation, focusing on potential threats.

“If no potential threat is found, no additional investigation is warranted and the assessment is closed, which is what occurred in this instance.” The statement went on to note that oil and gas infrastructure is critical in the country and it could be the target of terrorism, espionage or other criminal activity. As for the initial report of non-compliance, the FBI said it was an administrative error that was identified by the organization’s internal oversight mechanisms and rectified.