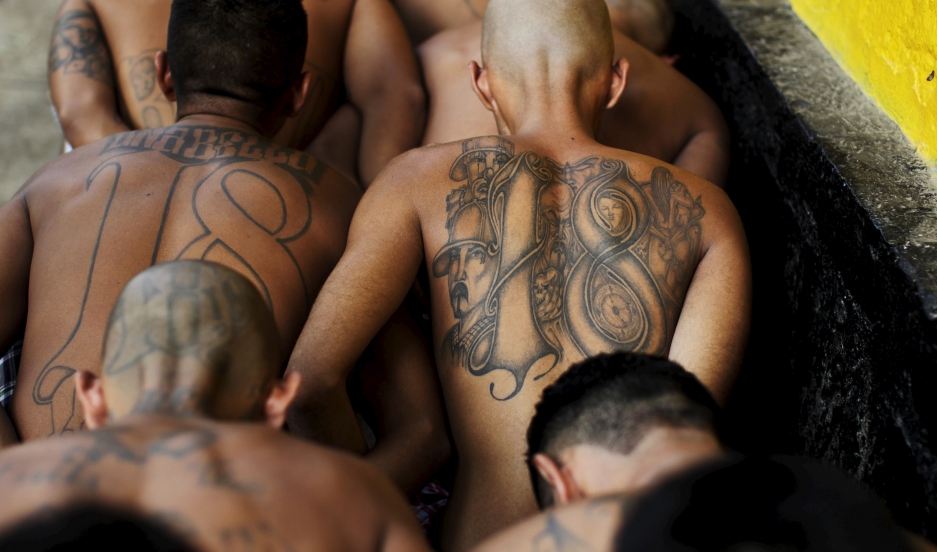 Members of the Barrio 18 gang arriving at the San Francisco Gotera penitentiary April 21, 2015.

The much-heralded gang truce that held in El Salvador for nearly two years is now in tatters.

May was the deadliest month since the end of the civil war in 1992. More than 635 Salvadorans died at the hand of gang and police violence.

“This new administration came in last year in June, and they distanced themselves from any type of dialogue with the gangs,” says Salvadoran American Susan Cruz, who helps gang members in Central America and the US build new lives. “That has now resulted in this blowback, exacerbated by the fact that the government has basically given carte blanche to the police and the military to shoot and kill if they feel threatened.”

Decades ago, Cruz was part of a transnational gang. Now she praises the work of Salvadorans like Dany Romero of Equipo Nahual, a group she calls one of the only organizations in the country working on the ground to help gang members reform. (See how some young people are avoiding the gangs — by running an ambulance service to help the injured.)

“Some of us have decided to go back [to El Salvador] and try to help others find a way out,” she says.

Cruz points to many reasons why it’s especially difficult to break El Salvador’s cycle of violence. Part of the problem, she says, is that some Salvadorans feel insulated from the violence.

“You go to some parts of the country, particularly where there are nice houses and wealthy neighborhoods and you would almost never imagine that last month such a significant number of people were murdered,” she notes. “Then you go to some parts where there’s a lot of insecurity and there is a lot of fear. People are even afraid to walk outside of their door to go to the corner store.”

“The more pressure you apply to these groups the more they’re going to push back,” Cruz said.

“It is very disconcerting that some groups of the Salvadoran society think that it’s a good idea to go outside and bring [in] someone who has no life experiences in this country, who has no understanding of culture and society in El Salvador,” she says.