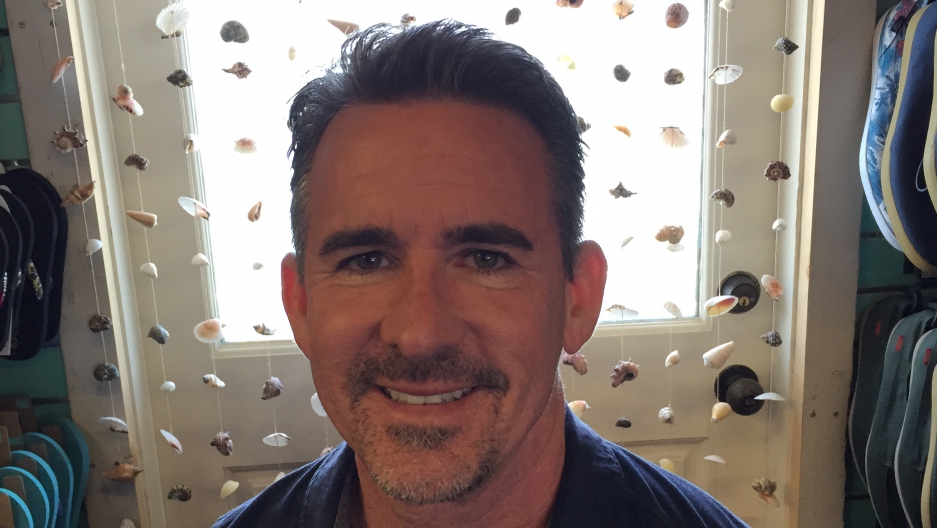 Kai Brothers wants to share his good luck with others by helping scientists develop a novel treatment for HIV.

Liberia was declared Ebola-free in May, and the UN says Sierra Leone may follow in just a few weeks. Still, for scientists who hope to develop Ebola treatments, the end of an outbreak is just the beginning of long-term research. One strategy is to study survivors, in hopes of understanding why some patients manage to recover.

Pardis Sabeti, an associate professor at Harvard who studies the DNA of Ebola survivors, says some patients who recover from the virus have genetic advantages.

“The main thing you want to do is find out what's different about individuals who survive Ebola more successfully,” she says. Those findings can inspire treatments and even cures.

As it turns out, this strategy has a long history in earlier disease outbreaks. During the 1980s AIDS epidemic, some patients showed an unexplained resilience to HIV. A small minority have survived without drugs for decades, without developing symptoms.

Kai Brothers, 52, is one of those people. In three decades with HIV, he has never needed anti-retroviral medication, because his body has kept the virus naturally under control. In a cluttered laboratory at the University of California San Francisco, Dr. Jay Levy draws Brothers' blood for some lab tests. For decades, Levy has been trying to understand what's different about “long-term survivors,” like Brothers.

Brothers has been donating blood samples here for 16 years. He’s made about 150 visits, during which he and Levy have developed a close bond. There are even a few playbills wedged into the file: as a hobby, Brothers acts in local plays. “[Levy] has come to see me in a few,” he says.

Levy, who has devoted decades to studying the small fraction of patients who show resistance to HIV, believes their white blood cells may produce an elusive substance that blocks virus replication. He dreams of the day that doctors can mass produce that substance — or develop drugs that induce our bodies to make it.

Brothers has his own reasons for coming in month after month. He lost some of his closest friends to AIDS — including his best friend, Steven, who first introduced him to theater. Visiting this laboratory is an emotional experience for him, because the UCSF hospital just next door once served as a AIDS treatment center.

“I had a few friends ... admitted there during their final stages of the disease,” he says. “A flood of memories comes back.”

Brothers thinks he contracted HIV in 1981, at the start of the epidemic, after moving to San Francisco. The virus didn't have a name then. For years, there was no treatment. Then, early drugs were shown to cause severe side effects. There was a lot of stigma around HIV, and Brothers was afraid to get tested.

“I kind of carried it around as my little secret,” he says.

He was so sure he'd get sick that he emptied his retirement account. Every Thursday, he’d read the obituaries for HIV positive men in the local weekly.

In 1989, he finally tested HIV-positive. Then his ex-boyfriend and his best friend developed AIDS, and died a few years later. Brothers struggles to describe what it was like then.

“Such profound loss. Loss of lives. Just loss of lives and people and friends," he says.

But somehow, another decade passed — and Brothers was still around, playing softball and acting in local plays.

“So of course I'm thinking, well, when is it going to be my time? When am I going to get sick?”

That's when he took a friend's recommendation to visit Levy at UCSF. He joined Levy's study on the spot, and later joined several other studies that have deepened the scientific understanding of immune responses to HIV.

Brothers says he wants to share his good luck with others — hopefully by helping scientists develop a novel treatment.

“I just can't even put into words how that would feel. Just to know that I can help somebody else,” he says. “It's easier to cope, knowing you're involved in something bigger than yourself.”

But time may be running out on that front. Last year, one of his regular blood tests showed his immune system was weakening. HIV has surged in his blood.

Now, Brothers has to decide whether to finally start treatment for HIV. If he does, he'll stay healthy. But doctors say his natural defenses against HIV will disappear, and he won’t be so useful for researchers to study any more.

He's not quite ready for that. Participating in research has become a source of strength for him.

“I think there's going to be a huge adjustment period for me — a process of really letting go,” he says. It has been more than 30 years since Brothers contracted HIV, and scientists have studied his blood for about half that time.

“I want to keep going,” Brothers says. “I want to be an active participant and there at the party at the end of it all.”

But he knows his health has to come first. It's become a choice between wanting to help others, and needing to help himself.

A version of this story first appeared in Nautilus magazine.