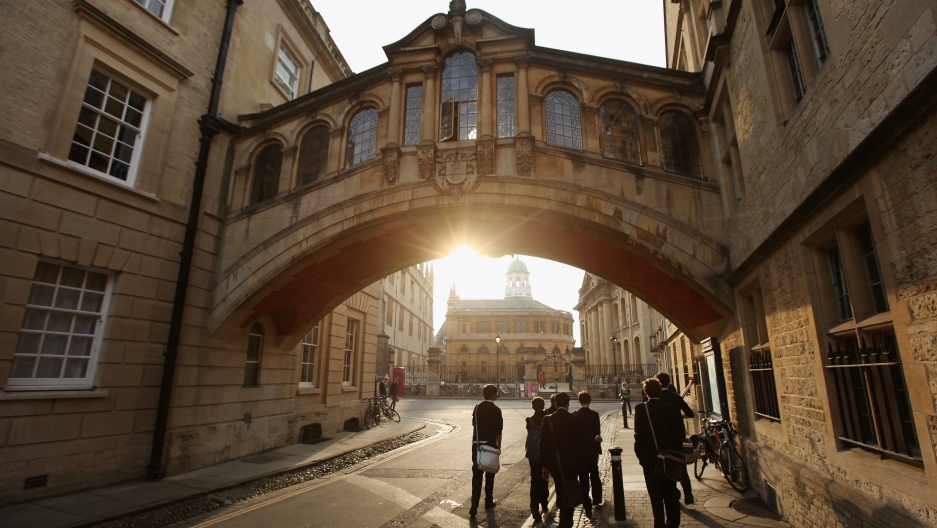 Students walk under the Bridge of Sighs along New College Lane on March 22, 2012 in Oxford, England.
Credit: Oli Scarff
Share

LONDON — Oxford University's last remaining single-sex college will open its doors to women undergraduates following a vote on Thursday, making it the last of the university's institutions to do so.

Oxford traces its history to the 11th century and boasts Britain's Prime Minister David Cameron and former US President Bill Clinton as alumni. The last all female college went mixed in 2008.

St Benet's Hall was founded in 1897, and has long had a unique character as a place where monks live while studying for degrees. Werner Jeanrond, master of the college, has been pushing for the change since arriving three years ago.

"There's absolutely no reason why we should have a male only education," he said. "I don't think it's a good thing for universities."

He said the only resistance came from "a very tiny minority of students and alumni who felt nothing should ever change."

Anna Bradshaw, the student union vice president who has responsibility for women's issues, welcomed the move.

"This represents one of the final formal barriers to women becoming equal at Oxford University," she said.

St Benet's Hall is a "permanent private hall," one of more than 30 institutions which admit students to study undergraduate and graduate degrees.

Jeanrond said it has taken a while to get the plans in place because St Benet's had to acquire an additional building to house the incoming female undergraduates, a matter which has now been resolved. The first women will be admitted in October 2016.

Oxford, ranked third in the world by the Times Higher Education World University Rankings last year, appointed Louise Richardson as its first female head last week. Elyas de Daneis began a run of 271 consecutive male leaders when he took on the job of vice-chancellor in 1230.

"It's an unmitigated good thing that women now have a chance to study at every Oxford college," said Miles Lawrence, who graduated from St Benet's in 2014.